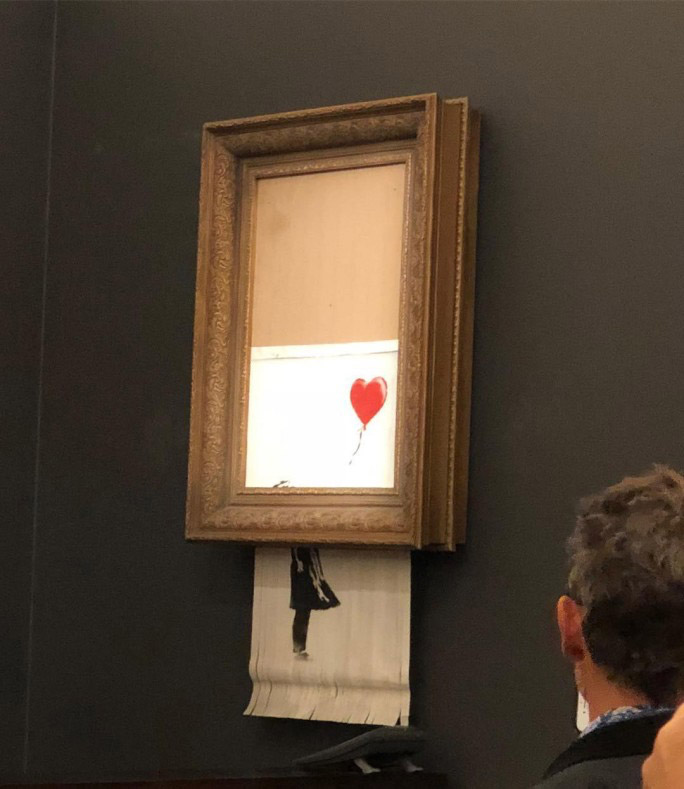 Partially shredded painting by Banksy is to be exhibited in Germany

At the Frieder Burda Museum in Baden-Baden

The painting by the British artist Banksy, part of which shredded itself during an auction last October, will be exhibited for a month in Germany, from February 5, announced the Frieder Burda Museum in Baden-Baden.

The work, part of which was torn into thin strips, will be shown to the public for the first time since the incident at Sotheby’s, said the museum in a press release.

The painting “Love is in the bin” will be on show till March 3.

‟We are expecting great interest from the public, especially young people and Banksy fans” said Henning Schaper the museum head, for whom this work must be part of the ‟constant democratizing of art”.