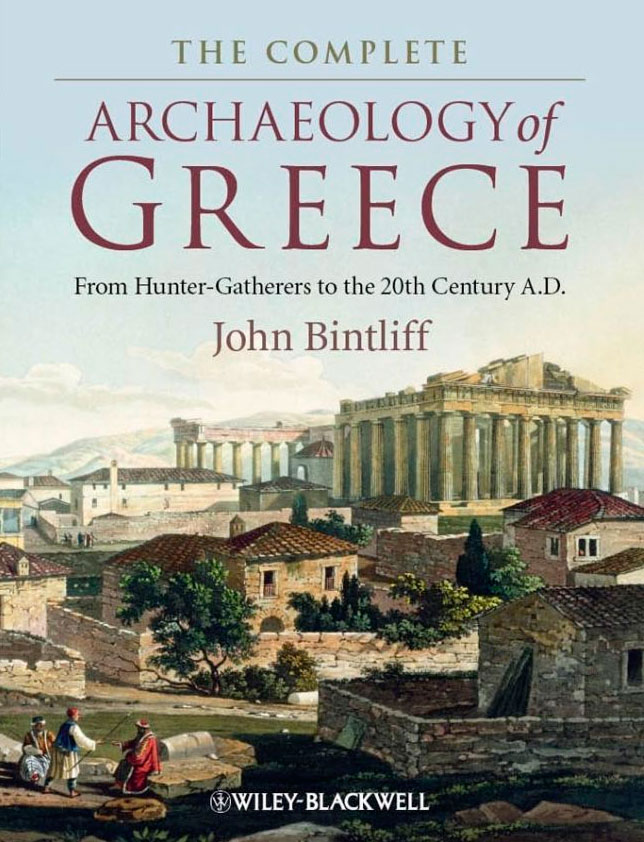 John Bintliff, The Complete Archaeology of Greece: from Hunter-Gatherers to the 20th Century A.D.

John Bintliff, The Complete Archaeology of Greece: from Hunter-Gatherers to the 20th Century A.D., Wiley-Blackwell, 2012, 480 pages.

The Complete Archaeology of Greece provides, for the first time, a comprehensive overview of the story of Greece from the first hunter-gatherers up to the Modern era. In 22 chapters and an introduction, John Bintliff surveys all phases of Greek Culture, including the traditional foci of the Classical Greek and the Bronze Ages, but also detailing its beginnings in the Greek Palaeolithic (ca. 400,000 BP) up to the early Modern period (1950 AD). Each chronological period is fully explained with the latest discoveries and theories, and richly illustrated. The author focuses on developments during each succeeding period of growth and change in Greek society, the evolution of their material culture, settlements patterns in the rural as well as urban landscapes, and the significance of their symbolic or representational culture – the ways in which architecture, art, and even everyday objects can reveal the social order and lifeways of the ancient Greeks. Bintliff features well-known works of Greek art, architecture and ancient texts, but also integrates the newest archaeological discoveries, surveys, and excavations for a more comprehensive picture of the Greek past.