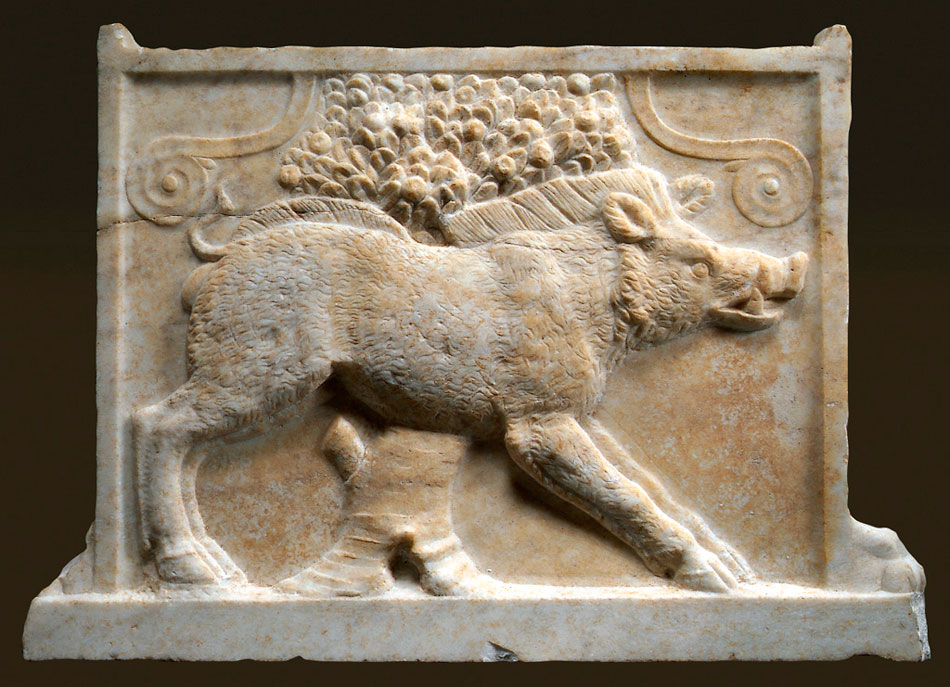 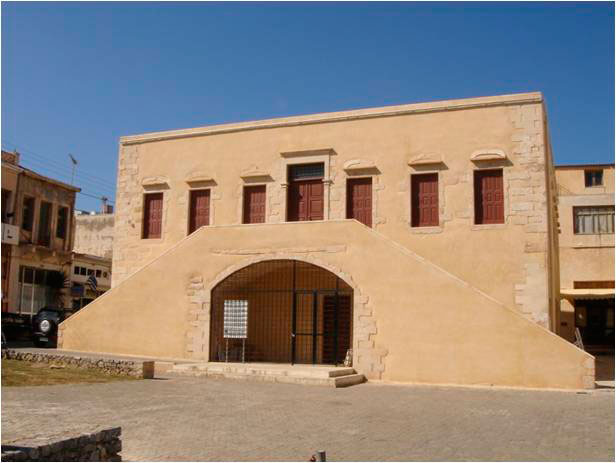 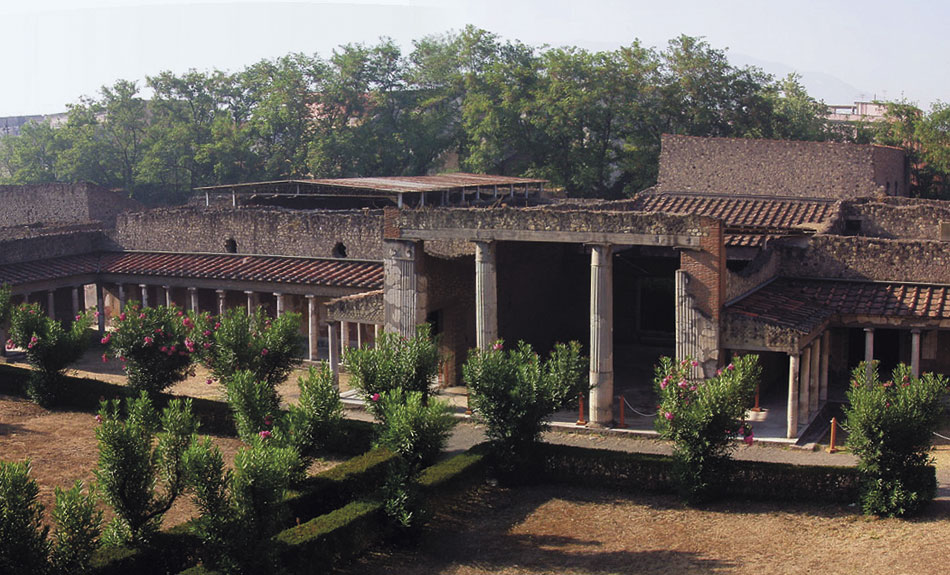 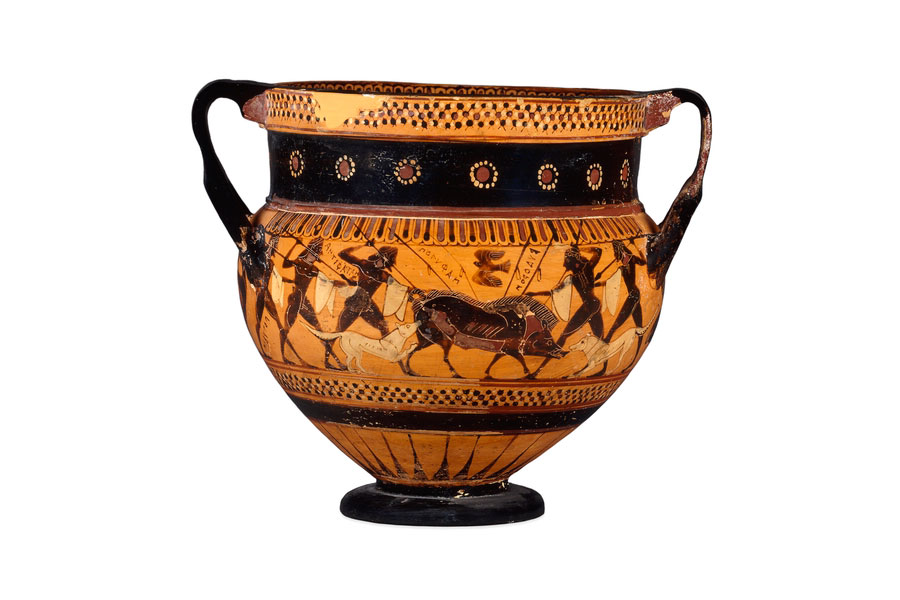 To our sons, Nikos and Vassilis

This article investigates the dietary habits and choices available to the affluent social classes in Roman imperial times. It is inspired by the relief decoration on a marble table support (trapezophoro) (fig. 1): a chance find made in the area of the Health Center of Kissamos nearly six decades ago (Platon 1947, p. 637). The scene is given a sense of depth by a large leafy tree that represents the natural environment of the robust boar which occupies the front of the composition (for the tree and its symbolism, see Papadaki, Galanaki 2012 with a concise bibliography). Schematic though the anatomical details are, yet what there is enhances the threatening character of the beast and so suggests the manifold difficulties of its capture.

The depiction of hunted fauna, usually as part of a broader composition with a hunting theme, is one of the most ancient artistic subject matters (Guthrie 2005, Cauvin 2004, Leroi-Gourhan 1993). This topic can be considered from many angles and thus is the subject of numerous studies (see, inter alia Fleischer 1983, Anderson 1982, Saatsoglou-Paliadeli 2004, Markoulaki 2011, Galanaki forthcoming). Animals like the bull, the lion, the wild goat and the boar become part of the iconography of many ancient societies: their presence reveals both the impact of the individual economic strategies practiced and also the ideologies that enhance and sustain the legitimacy of the elite (e.g. the ability to hunt dangerous animals; Dalby 2001, 44, Cauvin 2004, Saatsoglou-Paliadeli 2004, p. 58-161). The whole performance of meat-eating with its related activities is a physical expression of the absolute domination of man over nature. Consumption of flesh on a large and regular scale can also be a means of identifying and expressing one’s superiority, in contrast to the lower social strata and groups who do not have access to the same amounts of meat (Fiddes 1991, 1994).

The relief-scene of the Kissamos trapezophoro alludes to the subject of boar hunting: an act highly esteemed in ancient Greek art (Kleiner 1972, Toynbee 1973, Anderson 1982, Skarlatidou 1990-1995, Saatsoglou-Paliadeli 2004, p. 92-161, fig. 20a-d, 21b, 22, pl. 8). According to Xenophon in his Kynighetikos, this specific kind of hunt differs from those involving other large quarries perhaps because it requires, in addition to courage, knowledge, tactics and team spirit (Kynighetikos 10, 1-23, Anderson 1985, p. 51-55, Saatsoglou-Paliadeli 2004, p. 84 and note 349, Kavroulaki 2012, p. 24). Further, and in particular, this relief-scene is in line with the prevailing philosophies of life of the day: one that highlighted the bucolic ideal, with its fishing and hunting, usually in combination with Dionysian themes. Such decorative motifs adorn the floors (Markoulaki 2011), the walls and the furniture (Tiberiou 1993, Milidakis, Papadaki forthcoming) of banquet rooms, confirming the social status and the generosity of the host (Tiberiou 1993, p. 207). Thus, an stylish table, ornamented with a theme related to the food placed upon it, may stand as an elegant symbol of status. It also contributes to the creation of a pleasant atmosphere: one that celebrates the untroubled existence, free of cares and full of pleasures (Tiberiou 1993, p. 207).

The “Greco more” banquets, known as symposia, were a widespread sociopolitical phenomenon that proclaimed the superiority of the affluent members of society (Ackerman 1993, Dunbabin 1996, 1998, 2003, König 2012, p. 17, 20-23). These very villas, in which these banquets were conducted, served the same role (Zarmakoupi 2010). Their architectural design, Hellenistic in origin, acted as a backdrop against which the wealthy owners acted out their privileged existence, and also served as a vehicle for their social and political aspirations (Wallace-Hadrill 1998, Zarmakoupi 2010). As well as in the triclinia (Bober 1999, p. 180-181), symposia were also held, especially during the summer, in the interior garden of the villa: here the decorative greenery, the impressive “architecture of water” and the cool air created an idyllic atmosphere (Nielsen 2001, Purcell 2001, Laurence 2009, 91, Zarmakoupi 2010, p. 52-54).

Entertaining the banqueters and impressing them with the food were among the main concerns of the host. The symposium can be fairly described as a celebration of all the senses: it took place in an elegant environment and included plenty of tasty dishes, a variety of aromatic wines, music and erotic pleasures (Laurence 2009, p. 88, 90 ff., Dalby 2001). Rome, with its rising Empire, was constantly absorbing culinary influences from the Mediterranean world, which in the first imperial period was becoming more homogenous in tone than ever before (Dalby 2001, p. 277-278). Several contemporary texts concern themselves with diet, such as those of Galen, Dioscorides Anavarzeos, Pliny and of course Athenaeus, the famed narrator of the Deipnosophistae (Dalby 2001, p. 288-306). Many, mostly luxurious, dishes are named in the Historia Augusta (Dalby 2001, p. 307), while everyday and basic foodstuffs are recorded in the Edikton ton Timon of Diocletian (Dalby 2001, p. 307). The only source for Roman cooking and culinary is the collection of recipes given by Apicius, who was the most well-known gourmet of the first imperial period (Dalby 2001, p. 307-309).

The variety of products now available from every part of the continuously growing Roman Empire and beyond provided for the wealthier social classes a chance to seek out new culinary experiences. As a result, from the 1st century AD on, there is observed an increased tendency to gluttony, resulting for rich Romans in dishes purely designed as culinary extravaganza (Laurence 2009, p. 87, 96). Domesticated pigs, galathinoi, and piglets (Kavroulaki 2012, p. 105-108) –and most importantly wild boars or syagroi (Kavroulaki 2012, p. 24-25)– were regarded as a delicious delicacy: served whole, on lavish platters, and stuffed with smaller animals (Dalby 2001, p. 101, 307 and note 28). Pliny (Natural History 8. 210) reports that while in earlier times two or three boars were enough for a whole dinner, yet in his era they were merely hors d’oeuvres (Gowers 1993, p. 16-17). Indeed, to ensure the desired quantities of boar’s meat, famous gourmets like Ortensius and Lucullus bred their own wild boars (Pliny Natural History, 8. 210, Laurence 2009, p. 96, Gowers 1993, p. 20), often in specially designed and fenced areas (Blanck 2004, p. 156).

The ostentatious luxury, the theatrical character of the banquet and the gluttony of the diners reached such a degree of exaggeration that satires were written on the matter. Thus, Petronius in describing Trimalchion’s Feast reports that live birds flew out of a whole roast boar (Satyron, 40, 10-15) pleasantly surprising the guests (Bvecheller 1958, Ruden 2000, Blanck 2004, p. 157-158). Juvenal (Satire 5, 114-18), referring to “cenas maiores” of his era, describes a lavish banquet in which this exaggeration achieved “epic” proportions, as the boar served was favourably compared to the mythical Calydonian beast (Gowers 1993, p. 213, 216). The value of boar’s meat can be comprehended by the cynical advice of Lygkeus in Deipnosophistae: “give to your children the meat of goat and keep the wild boar for you and your friends” (Dalby 2001, p. 106 with further references).

Archaeological data indicates that Roman Kissamos was in tune with the major cities and mores of the empire. The decoration depicted on our table stand is not some randomly selected iconographic motif, but a tangible testimony that by itself makes plain its association with banquets and culinary choices available only to the upper classes of the town. Its discovery in the area of the local Health Center, whereabouts the wealthy Roman quarter was sited, makes it possible that the original use of the trapezophoro was in the atrium of one of the luxurious villas preserved around there (Markoulaki 2009, p. 341, 352-366, fig. 3, 8; for houses with atria, see Wallace-Hadrill 1997, Purcell 2001). Characteristically the triclinia of these villas were decorated with mosaics with representations of edible delicacies, including whole pig or small boar served on a large platter (Markoulaki forthcoming). Also worth remarking on is the frequent presence of boar’s teeth recovered in the excavations of these villas. All the above contribute, in their own varying ways, towards the understanding of the eating habits and lifestyle of the wealthier citizens of Greco-Roman Kissamos. Artistic products served to satisfy the requirements of their ‘needs’ and catered to the general welfare of this great city-port, particularly during the 2nd and 3rd centuries A.D.