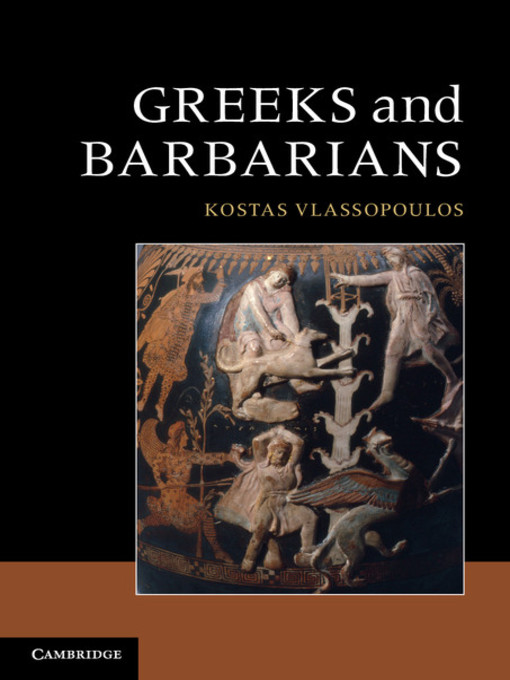 A synthesis of the social, economic, political and cultural interactions between Greeks and non-Greeks

This book is an ambitious synthesis of the social, economic, political and cultural interactions between Greeks and non-Greeks in the Mediterranean world during the Archaic, Classical and Hellenistic periods. Instead of traditional and static distinctions between Greeks and Others, Professor Vlassopoulos explores the diversity of interactions between Greeks and non-Greeks in four parallel but interconnected worlds: the world of networks, the world of apoikiai (‘colonies’), the Panhellenic world and the world of empires. These diverse interactions set into motion processes of globalisation; but the emergence of a shared material and cultural koine across the Mediterranean was accompanied by the diverse ways in which Greek and non-Greek cultures adopted and adapted elements of this global koine. The book explores the paradoxical role of Greek culture in the processes of ancient globalisation, as well as the peculiar way in which Greek culture was shaped by its interaction with non-Greek cultures.

Greeks and Barbarians is the first synthesis of the social, economic, political and cultural interactions between Greeks and non-Greeks in the first millennium BCE. It uses the full range of literary, epigraphic, archaeological and numismatic evidence and advances a novel overall interpretation which situates the interactions between Greeks and non-Greeks within processes of globalisation in the ancient Mediterranean world.

Kostas Vlassopoulos is Associate Professor in Greek History at the University of Nottingham. His earlier publications include Unthinking the Greek Polis (Cambridge University Press, 2007) and Politics: Antiquity and its Legacy (2010); he is currently co-editing the Oxford Handbook of Greek and Roman Slaveries (forthcoming). He is a member of the Institute for the Study of Slavery, the Legacy of Greek Political Thought Network and the Centre for Spartan and Peloponnesian Studies.