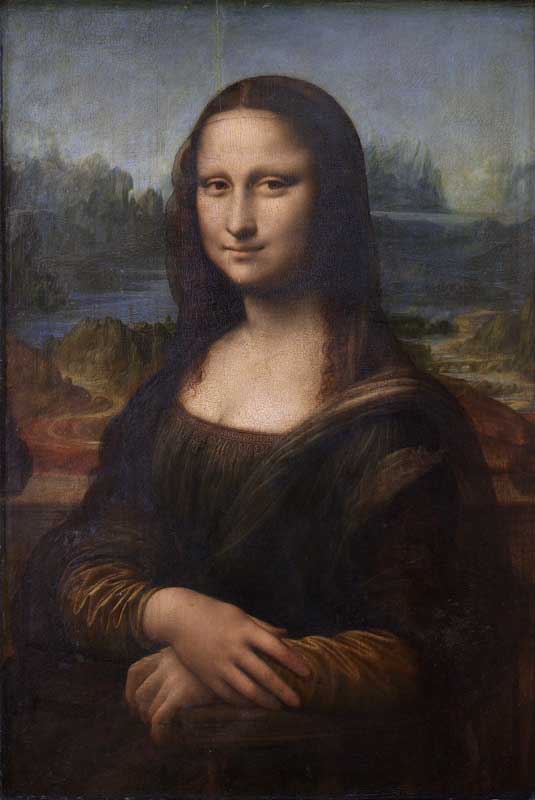 Scientists prove wrong the myth of the “Mona Lisa Effect”

If, as Walter Benjamin has said, what characterizes a work of art –and particularly a masterpiece– is the unique “aura” that surrounds it, one of the worldwide masterpieces, the famous Gioconda or Mona Lisa by Leonardo Da Vinci is in danger, thanks to science, of losing precisely that “aura”.

It is that particular ‟Mona Lisa Effect” which describes the viewers’ impression of the eyes of the person in the painting watching them as they move in front of the picture. This effect was attributed to Leonardo’s unsurpassed artistic skill and his specialized knowledge of human anatomy. Now this is being questioned by the researchers of the department of Cluster of Excellence Cognitive Interaction Technology – Citec, of Bielefeld University in Germany.

Scientists suddenly discovered that this phenomenon cannot be observed in the slightest in Leonardo’s painting. Consequently this myth surrounding the Mona Lisa is false- at least that is what is argued in the ‟i perception” periodical by Gernot Horstmann and Sebastian Loth.

‟People are very capable of assessing whether someone is observing them; cognitive psychology has proved this since the 1960s,” stresses Horstmann who specializes in the study of eye movement and attention. ‟People can feel they are being followed by photographs and paintings, if the subject portrayed stares straight ahead, that is at a zero angle,” he adds.

As they note in their article ‟The Mona Lisa Illusion – Scientists See Her Looking at Them Though She Isn’t” (vol. 10/1, pp. 1-5): ‟whether the participant feels (or has a strong desire of) being looked at is a judgement open to nonperceptual information including beliefs.”

But the study’s statistical finds also contradict the prevailing view that the gaze of the Gioconda closely follows the viewer. ‟Rather, the line of gaze and all its intersection points shifted with the image to the left or right, respectively.”

‟If the gaze is slightly sideways, one could again feel one was being watched. In this case, the painting’s subject would be perceived as looking towards the viewer’s ear and corresponds to an angle of approximately 5 degrees. If however the optical angle increases then this impression vanishes”, confirms the expert.

‟Oddly enough it is not necessary to stand exactly in front of the subject in the painting to have the impression of being watched” says Mr Loth in turn. If the Mona Lisa Effect ‟ exists on its own and is undeniable and demonstrable, it is precisely with the Mona Lisa, out of all the paintings, that we do not have that impression.”