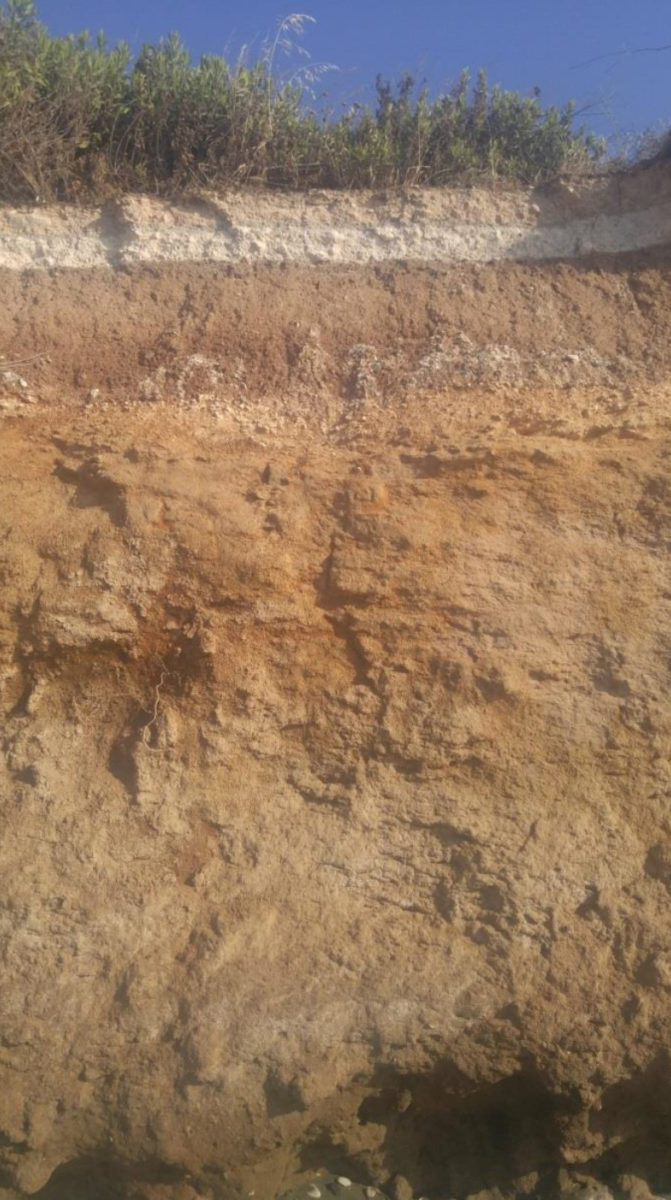 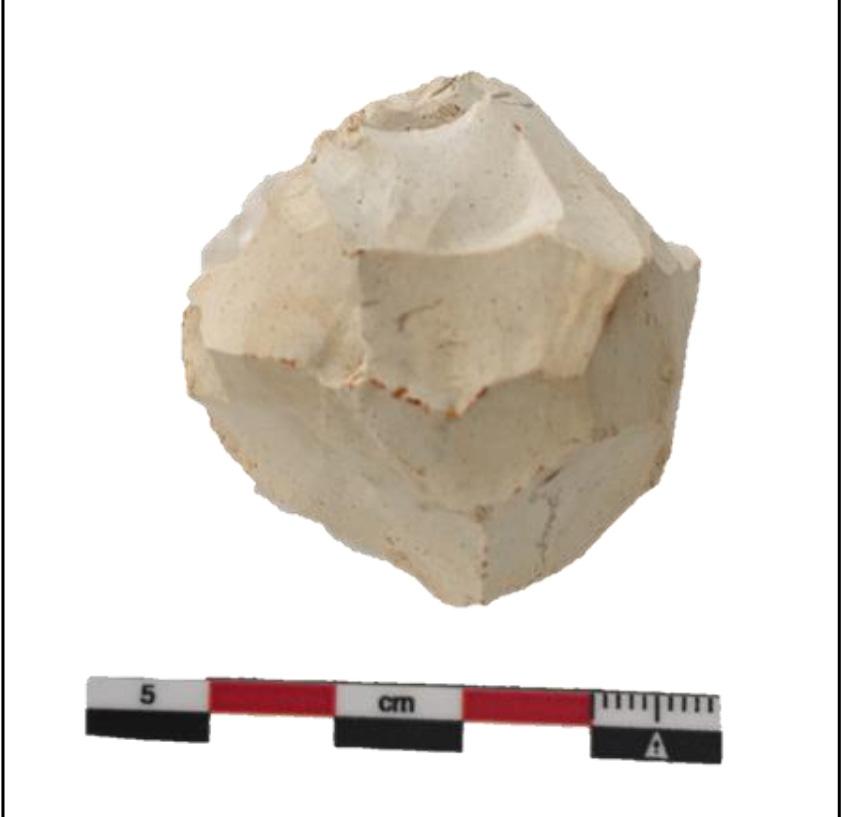 The Department of Antiquities, Ministry of Transport, Communications and Works, has announced the completion of the 2018 Tremithos Neolithic Survey under the direction of Dr Sarah Stewart (Trent University Archaeological Research Centre). The pedestrian survey focused on the area along the coast east and west of the Tremithos River Delta and north of the Kiti Dam to the Larnaca-Limassol Highway. All diagnostic finds were catalogued and photographed and submitted to the Larnaca District Museum.

A pedestrian surface survey of the coastal region from just east of the Pouzis River, west through the Tremithos delta, and east of the delta towards Pervolia, just west of Cape Kiti was undertaken. The beach floor, any associated sections and the terraces above the beach were examined. Numerous chert nodules, cores and flakes, often water worn, and manufactured from a wide variety of chert raw materials were found. On the terraces above the beach, the fields were generally stubble wheat fields cultivated with no-till plowing, from which early material is rarely moved to the surface. Thus, it is increasingly difficult to find earlier prehistoric sites through pedestrian survey in tilled fields. The fact that relatively fresh lithics were found in the area where the terrace meets the beach, suggests that there is in situ cultural material below the surface. The best potential for finding these sites will be through test excavations.

The survey area with the highest potential for in-situ early archaeological material is located just east of the promontory at Limnes, with high potential for both Roman and Epipalaeolithic material, the latter including two microlithic multi-directional cores and numerous retouched flakes from a variety of chert. This is the most promising location along this coastal region for a potential Epipalaeolithic site, based on the recovered lithics and the fact that there is evidence of a small stream that would have flowed into the sea. The stream is currently buried under approximately 1 meter of well-developed soil at the stream outlet, which is marked by water worn cobbles.

Other areas along the coast with prehistoric potential include the Careta Beach, located about half way between the Limnes promontory and the Tremithos River mouth. Clear stratigraphy was identified in the beach sections which included a series of palaeosols, with the upper the primary artifact bearing deposit with a quantity of pottery (Roman) and lithics. There was one small stream outlet that is either contemporary with, or cuts into, the artifact bearing strata. These sections are associated with stubble wheat fields in the terraces above, and thus have a high probability for in situ archaeological material.

On the east bank of the Tremithos River mouth early diagnostic material was found during the 2015 surface survey. Unfortunately this area is heavily disturbed by the recent road construction and soil levelling and may represent just a small remnant of the original eastern bank of a Tremithos meander. No additional potentially early material was found.

The east terraces above the banks of the Pouzis River between the sea and the highway, are under wheat cultivation, but with a combination of stubble no till fields and directly adjacent deeply tilled zones in which several chert cores and numerous retouched flakes with a distinctive Epipalaeolithic typology were located.

Very little archaeological material in the area between the Kiti Dam and the Larnaca to Limassol highway was found. These finds were isolated to some undiagnostic ceramic sherds (mostly apparently modern) and a few isolated lithic finds, again mostly undiagnostic, and probably from the Dhoukani threshing sledge industry. This area of the Tremithos, north of the dam, would be subject to flooding, alluvial deposition and erosion and most early material would likely now be deeply buried or washed downstream.