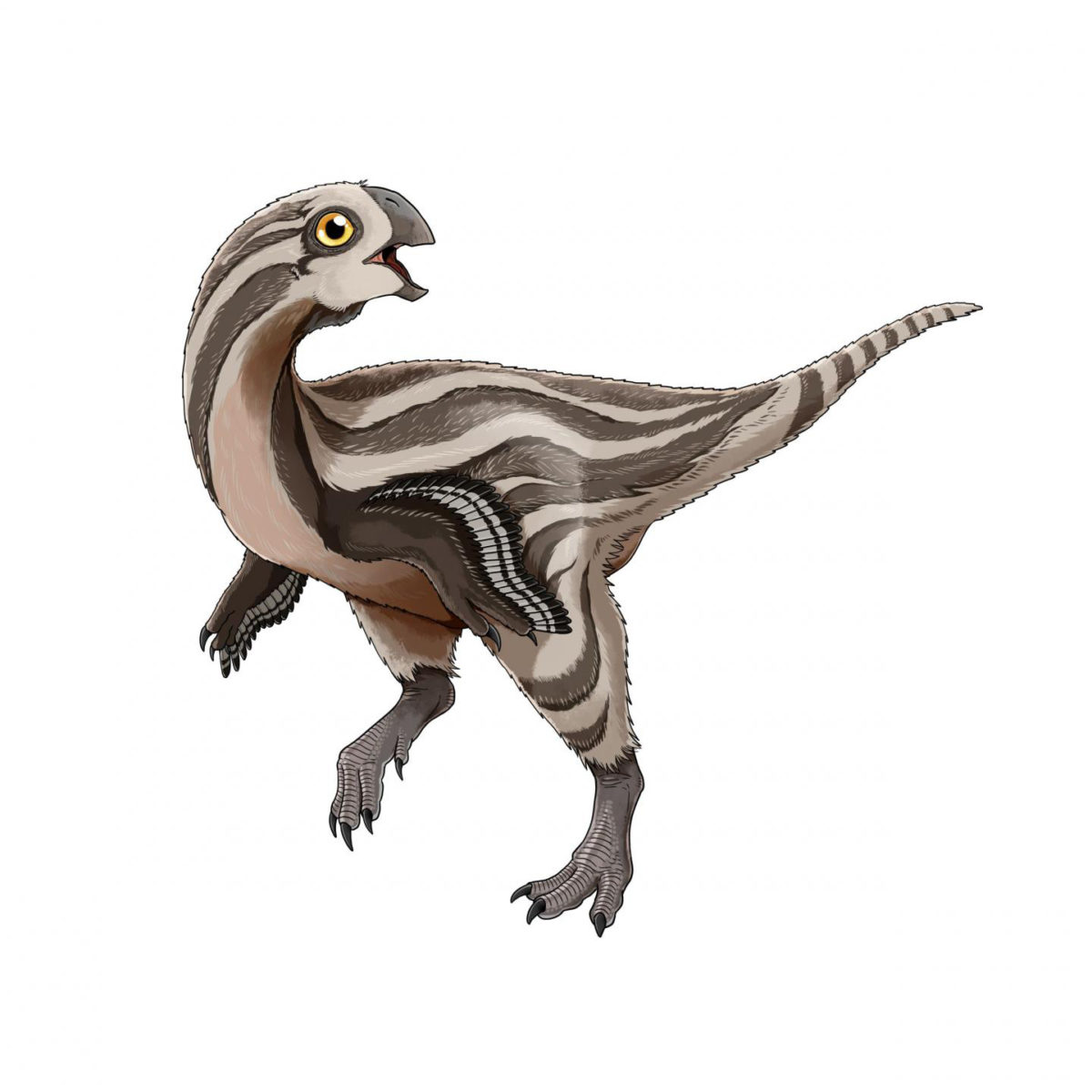 A new oviraptorosaur species from the Late Cretaceous was discovered in Mongolia, according to a study published in February 6, 2019 in the open-access journal PLOS ONE by Yuong-Nam Lee from Seoul National University, South Korea, and colleagues.

Oviraptorosaurs were a diverse group of feathered, bird-like dinosaurs from the Cretaceous of Asia and North America. Despite the abundance of nearly complete oviraptorosaur skeletons discovered in southern China and Mongolia, the diet and feeding strategies of these toothless dinosaurs are still unclear. In this study, Lee and colleagues described an incomplete skeleton of an oviraptorosaur found in the Nemegt Formation of the Gobi desert of Mongolia.

The new species, named Gobiraptor minutus, can be distinguished from other oviraptorosaurs in having unusual thickened jaws. This unique morphology suggests that Gobiraptor used a crushing feeding strategy, supporting previous hypotheses that oviraptorosaurs probably fed on hard food items such as eggs, seeds or hard-shell mollusks. Histological analyses of the femur revealed that the specimen likely belonged to a very young individual.

The finding of a new oviraptorosaur species in the Nemegt Formation, which consists mostly of river and lake deposits, confirms that these dinosaurs were extremely well adapted to wet environments. The authors propose that different dietary strategies may explain the wide taxonomic diversity and evolutionary success of this group in the region.

The authors add: “A new oviraptorid dinosaur Gobiraptor minutus gen. et sp. nov. from the Upper Cretaceous Nemegt Formation is described here based on a single holotype specimen that includes incomplete cranial and postcranial elements. The unique morphology of the mandible and the accordingly inferred specialized diet of Gobiraptor also indicate that different dietary strategies may be one of important factors linked with the remarkably high diversity of oviraptorids in the Nemegt Basin.”