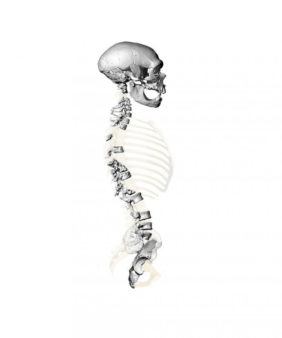 Virtual reconstruction of the skeleton found in La Chapelle-aux-Saints, based on high-resolution 3D surface scans of the spine and pelvis.
- +
by Archaeology Newsroom
26 02 '19 11:21

Neanderthals walked upright just like the humans of today