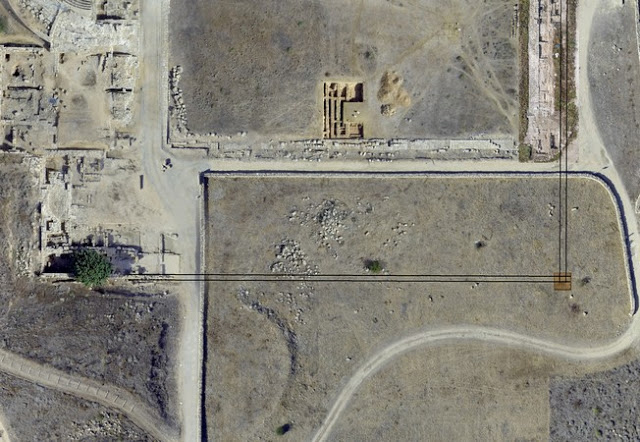 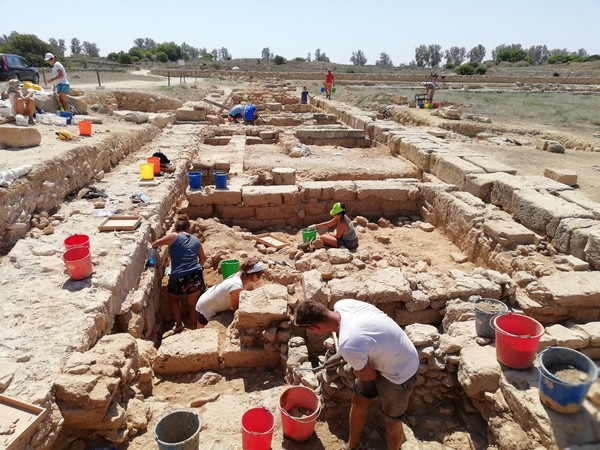 Results of the 2018 Pafos Agora excavations

The Agora was much larger in than had been previously assumed

The Department of Antiquities, Ministry of Transport, Communications and Works, announced the completion of the 2018 excavations of the Department of Classical Archaeology of the Institute of Archaeology, Jagiellonian University, Kraków, Poland, within the framework of the Pafos.

The first stage of the 2018 campaign was a study season, which took place between April and May 2018, with a small group of researchers, as well as a photographer and an illustrator. The excavation campaign was conducted between the 8th of August and the 23rd of September 2018 in various trenches in the Agora area (T.II and four Trial Trenches (TT): TT.III and TT.IV – a continuation from 2017, as well as TT.V and TT.VI). Trench TT.V was initiated south of the Agora to verify the results of the geomagnetic investigations conducted in 2017.

These prospections suggested that the South Portico of the Agora was a complex building consisting of at least three rows of rooms. TT.V was established at the intersection of two hypothetical lines of the building’s walls. In T.II, the area investigated during the previous season next to the eastern entrance to the Agora, was extended towards the east, in order to verify the hypothesis of the double-line design of the East Portico.

In the extended area, the remains of the foundation of the eastern wall of the portico were discovered, thus confirming this theory. Investigations in T.II also involved the northern part of the East Portico where a new, room (R.22) was discovered with an open channel inside (of an unknown, as yet, function). It can probably be dated to the age of Emperor Augustus. Further to the north, a well (S.233) dating to the early Roman period, adjacent to R.22, was uncovered and excavated. Another well was also investigated (S.144) in R.8 of the East Portico in 2012. This well contained human remains, along with stones, pottery sherds and other objects (as was the case with Well S.50 in T.I, dated ca. 150 years earlier).

In TT.III, situated in the so-called fosse (moat) outside the NW city gate, the aim of the investigations was two-fold: firstly, to verify the geomagnetic surveys which indicated the presence of parallel masonry structures, presumably connected with the second harbour of Pafos. Secondly, to check the geoarchaeological drillings that indicated sedimentation layers (up to 60 cm). Both geomagnetic and geoarchaeological data have turned out to be incorrect.

The layers with archaeological material were very thick, the bedrock was reached at a depth of ca. 2.5m, and the abovementioned masonry structures were not found. The bedrock was found to have been worked, so it has once more been confirmed that this area had been used as quarry (as was the case with the area revealed in TT.I and TT.II during the previous year). The question therefore of the features of this moat (or fosse), remains open and requires further research. However, it is crucial to understand the geomorphological processes that led (as in the area further to the north, where TT.I and TT.II are located,) to this extensive area being covered with a thick layer of sand.

During the 2018 excavations, investigations were also carried out in the limits of TT. IV, comprised mainly of a lime kiln, probably dating to the Late Roman or Early Byzantine period. It was decided to extend the area under investigation to the west in order to reveal the inlet channel. Preliminary investigations indicated that the kiln must have been partially built into the slope. The construction of the furnace seems to have destroyed a very large wall running east-west, preserved in the form of a single line of stone blocks located directly on the bedrock. The wall’s execution is extremely meticulous. It is therefore possible that it is a remnant of the city wall, perhaps even from the Hellenistic period. However, further research is required in order to confirm the above.

The second trial trench, TT.VI, is located northeast of the Agora, on the hypothetical course of one of the city’s main streets, as evidenced by the results of the geomagnetic research. Investigations, however, are at their initial stages since only the modern strata have been explored. Geophysical prospection and geoarchaeological research also continued, as well as the conservation works on the finds (on coins and metal objects and also on Roman shoes found in 2016).

In summary, the most important discovery of the 2018 season was the evidence that demonstrates that the Agora was much larger in than had been previously assumed. The finds from both TT.V and T.II indicate that the stoai associated with the Agora were much larger than originally thought: the East Portico was double the size and the South Portico – triple. The entire Agora, with its accompanying structures, can now be described as square, its sides measuring around 160 metres and not 97 m, as suggested by scholars in the past. It seems to have occupied an area of about 2.5 ha, and not 1 ha, as assumed previously.

This places the Pafos Agora amongst some of the largest of its kind in the Hellenistic world. Secondly, in light of the team’s research, the interpretation of the architectural complexes of the so-called Asklepieion and Odeon, unveiled in the western part of Agora in the 1970s, should be revisited.