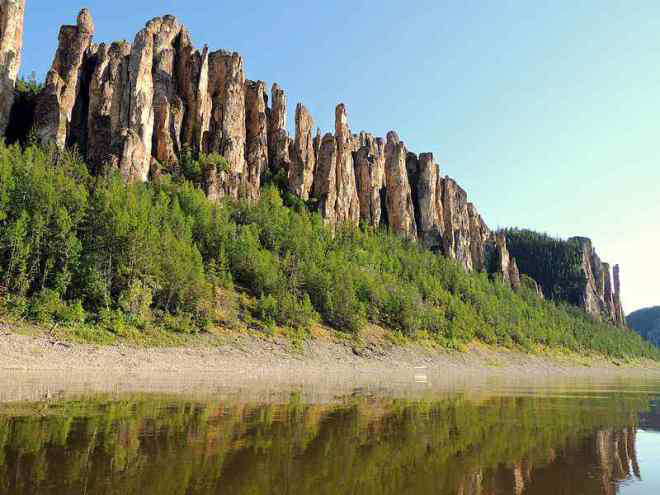 Most Europeans descend from a combination of European hunter-gatherers, Anatolian early farmers, and Steppe herders. But only European speakers of Uralic languages like Estonian and Finnish also have DNA from ancient Siberians. Now, with the help of ancient DNA samples, researchers reporting in Current Biology on May 9 suggest that these languages may have arrived from Siberia by the beginning of the Iron Age, about 2,500 years ago, rather than evolving in Northern Europe.

The findings highlight the way in which a combination of genetic, archaeological, and linguistic data can converge to tell the same story about what happened in particular areas in the distant past.

“Since the transition from Bronze to Iron Age coincides with the diversification and arrival time of Finnic languages in the Eastern Baltic proposed by linguists, it is plausible that the people who brought Siberian ancestry to the region also brought Uralic languages with them,” says Lehti Saag of University of Tartu, Estonia.

Although researchers knew that the Uralic-speaking people share common Siberian ancestry, its arrival time in the Eastern Baltic had remained uncertain. To characterize the genetic ancestry of people from the as-yet-unstudied cultural layers, Saag along with Kristiina Tambets and colleagues extracted DNA from the tooth roots of 56 individuals, 33 of which yielded enough DNA to include in the analysis.

“Studying ancient DNA makes it possible to pinpoint the moment in time when the genetic components that we see in modern populations reached the area since, instead of predicting past events based on modern genomes, we are analyzing the DNA of individuals who actually lived in a particular time in the past,” Saag explains.

Their data suggest that the Siberian ancestry reached the coasts of the Baltic Sea no later than the mid-first millennium BC–around the time of the diversification of west Uralic/Finnic languages. It also indicates an influx of people from regions with strong Western hunter-gatherer characteristics in the Bronze Age, including many traits we now associate with modern Northern Europeans, like pale skins, blue eyes, and lactose tolerance.

“The Bronze Age individuals from the Eastern Baltic show an increase in hunter-gatherer ancestry compared to Late Neolithic people and also in the frequency of light eyes, hair, and skin and lactose tolerance,” Tambets says, noting that those characteristics continue amongst present-day Northern Europeans.

The researchers are now expanding their study to better understand the Iron Age migration processes in Europe. They say they will also “move forward in time and focus on the genetic structure of the medieval time period.”