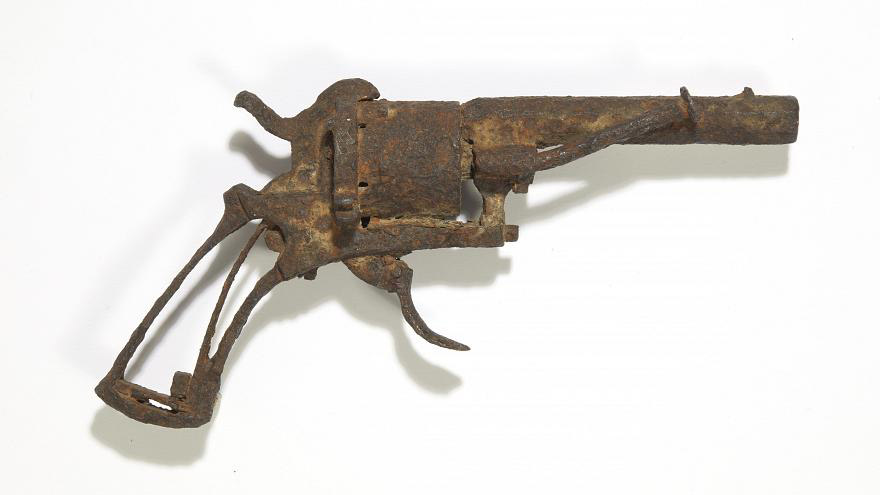 ‟Van Gogh’s revolver” has been auctioned

The one he supposedly used to end his life

A 7mm Lefaucheux revolver, supposedly used by Van Gogh to end his life on July 27, 1890 at Auvers-sur-Oise, has been sold at auction in Paris, at the Hotel Drouot, by Αuction Art – Remy Le Fur.

Although its authenticity may never be guaranteed officially, there is no doubt as to its origin. Its value is estimated between €40,000-60,000.

Having lived for two years in the South of France, Vincent Van Gogh moved to Auvers-sur-Oise on May 20, 1890, following his brother Theo’s advice. During that period, doctor Paul Gachet, a friend of the Impressionist painters, was taking care of the Dutch artist who was suffering from frequent mental breakdowns. Van Gogh who rented a room in the inn owned by Arthur Ravoux, was now at his peak as an artist and painted more than one painting a day.

On Sunday July 27, 1890, it appears that the artist went to a nearby field, took off his shirt and shot himself in the chest with this gun he had borrowed from his host. The firearm fell from his hand and he fainted. He regained consciousness at nightfall and gravely injured, went back to the inn. Despite being cared for by doctor Gachet, Vincent Van Gogh died after two agonizing days.

The gun sold at the Hotel Drouot auction was found around 1960, considerably damaged, by a farmer and handed over to the parents of the Ravoux Inn’s present owner to be placed above the bar. In 2016 it was exhibited in the Van Gogh Museum in Amsterdam.

According to Auction Art, an examination of the firearm showed that the latter had remained buried in the ground over many years, possibly since 1890.

In 2011, American researchers argued that Vincent Van Gogh did not commit suicide but was injured by a bullet accidently aimed by some young men.

Van Gogh is as well known across the world as Picasso, Caravaggio, Monet and Leonardo Da Vinci, where everything related to them acquires publicity and creates an interest.