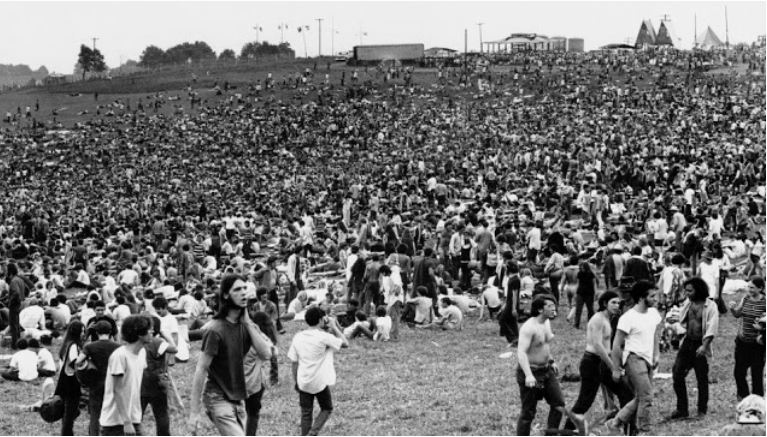 Woodstock really was a free-wheeling festival

The Woodstock Music Festival celebrates its 50th anniversary this summer, and new archaeological research from Binghamton University, State University of New York shows that the iconic event took on a life of its own.

Binghamton University’s Public Archaeology Facility have worked closely with The Museum at Bethel Woods and Bethel Woods Center for the Arts to dig at the site of the original Woodstock Music and Art Fair. In 2018 they determined the exact location of the stage. More recently, they worked to locate and identify cultural features to help the museum construct a trail system based on plans from the Woodstock archives. By analyzing the rocks and vegetation surrounding the area, the team successfully identified 24 vendor booths and 13 other potential cultural features in an area known as the Bindy Bazaar.

Maria O’Donovan, project director, said the Bindy Bazaar is an important cultural landmark that reflects the spirit of the festival.

“The Bindy Bazaar was a meeting place where transactions — which included trading and bartering, in addition to selling — and cultural interactions took place,” said O’Donovan. “It exemplifies the informal, free-wheeling spirit of the counterculture.”

An original map and photos of the Bindy Bazaar indicate that there were about 25 vendor booths in the area that appear to have been ad hoc arrangements of natural rock, trees, wood and other materials. However, the mapped-out booths were not in the same spatial configuration as those defined by the current archaeological research.

O’Donovan said this discovery reveals the exciting spontaneity of Woodstock.

“Our research demonstrated that the reality of what occurred at Woodstock was not captured by the preliminary plans,” she said. “Archaeologists located 24 potential vendor booths concentrated on one side of the Bindy Bazaar area and not distributed as on the 1969 plans. This is more evidence that the festival took on a life of its own that organizers could not control. We also identified more recent usage of the area, which could be related to later anniversary events or causal use of the site before it was acquired and preserved by Bethel Woods.”

Based on photos, the Bindy Bazaar seemed to be located between two campgrounds, with trails that funneled foot traffic between venues. At first glance, the location appears to be unchanged over the last 50 years, but new trees and vegetation produced debris that reduced the area’s visibility. Despite these challenges, archaeologists determined that potential vendor booths could be distinguished through well-defined examples of stacked stone and other features that clearly indicated human intervention. Other elements were labeled as cultural features if they had no clear function and if the arrangements seemed unnatural.

“The Museum at Bethel Woods has long-term preservation and interpretive goals for the site,” she said. “Their immediate concerns were to prevent further impact to the area and to open the Bindy Bazaar to visitors with a reconstructed trail network and with interpretive signage. The Museum at Bethel Woods is considering special displays in the Bindy Bazaar for the 50th anniversary and I am sure the anniversary influenced the timing of our research.”

The trails opened to the public on May 4 in a ribbon cutting ceremony, Assistant Curator at Bethel Woods Center for the Arts Julia Fell welcomed guests in saying “…[Bindy Bazaar] was a whimsical place where all manner of vendors and other attendees bartered for goods, met up with lost friends, made new friends, and attempted to stay out of the rain. With all this in mind, The Museum at Bethel Woods set out to bring the Bindy Bazaar back into its former glory.”