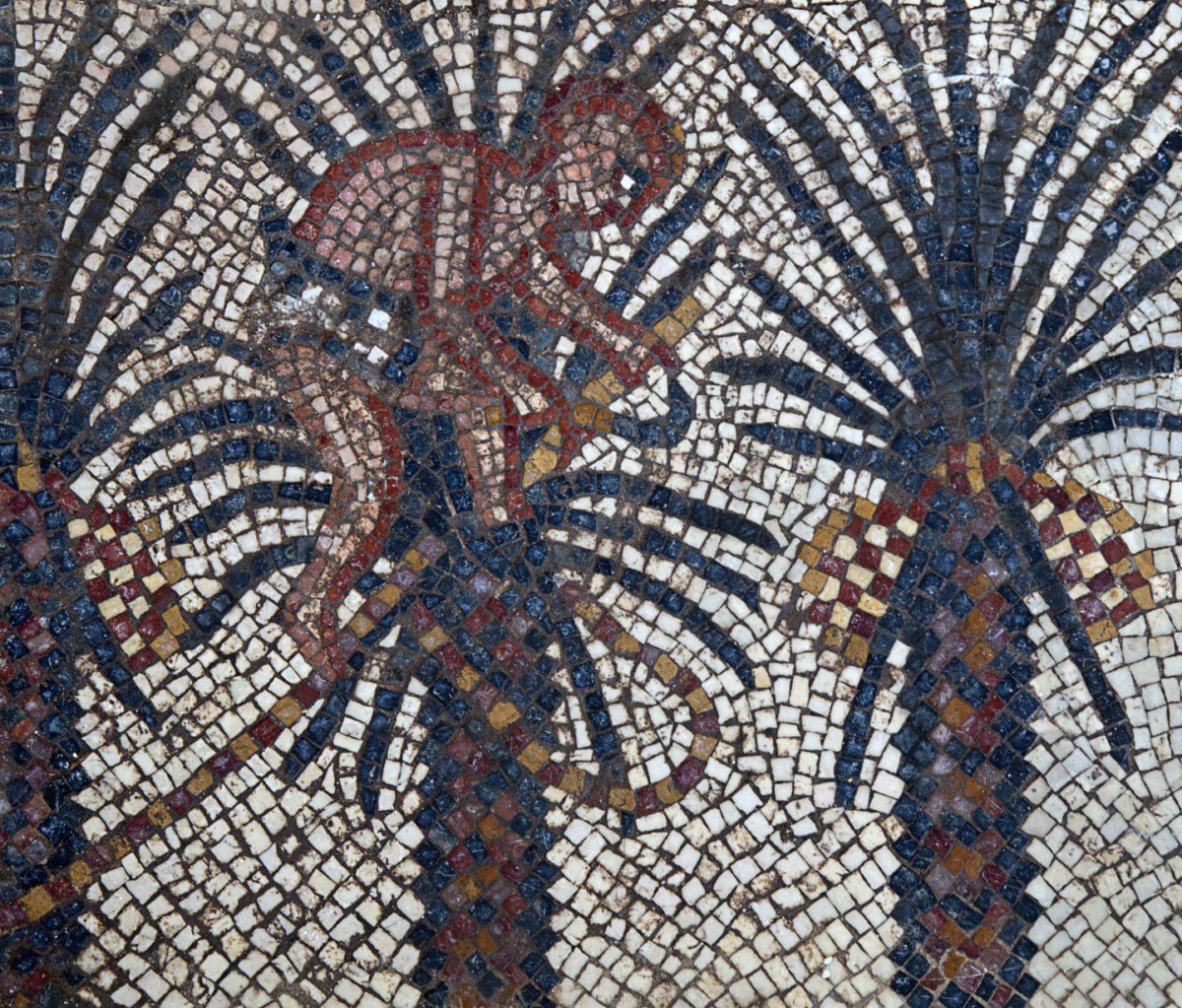 For nine years running, Carolina professor Jodi Magness has led a team of research specialists and students to the ancient village of Huqoq in Israel’s Lower Galilee, where they bring to light the remains of a Late Roman synagogue. For weeks during the summer, they unearth history in the form of art. With each excavation season, the students and researchers build on what little is known about the fifth century CE Jewish community of Huqoq and the artists who crafted depictions of biblical stories with tiny cubes of stone, or tesserae.

Jodi Magness, director of the Huqoq excavations and Kenan Distinguished Professor for Teaching Excellence in Early Judaism in the Department of Religious Studies in Carolina’s College of Arts & Sciences, explains her team’s newest findings and how the art they find connects them to texts written thousands of years ago.

Question: If you could name the biggest new discovery of this summer, what would it be?

Answer: I couldn’t name just one from this summer’s work, so how about two big discoveries?

First: Chapter 7 in the book of Daniel describes four beasts which represent the four kingdoms leading up to the end of days. This year our team discovered mosaics in the synagogue’s north aisle depicting these four beasts, as indicated by a fragmentary Aramaic inscription referring to the first beast: a lion with eagle’s wings. The lion itself is not preserved, nor is the third beast. However, the second beast from Daniel 7:4 – a bear with three ribs protruding from its mouth – is preserved. So is most of the fourth beast, which is described in Daniel 7:7 as having iron teeth.

Second: We’ve uncovered the first depiction of the episode of Elim ever found in ancient Jewish art. This story is from Exodus 15:27. Elim is where the Israelites camped after leaving Egypt and wandering in the wilderness without water. The mosaic is divided into three horizontal strips, or registers. We see clusters of dates being harvested by male agricultural workers wearing loincloths, who are sliding the dates down ropes held by other men. The middle register shows a row of wells alternating with date palms. On the left side of the panel, a man in a short tunic is carrying a water jar and entering the arched gate of a city flanked by crenellated towers. An inscription above the gate reads, “And they came to Elim.”

Q: A lot of previous discoveries give so much context for this period. What questions do this year’s findings prompt for you?

Q: Can you describe the, “Wow- look at this!” moment of this year’s dig?

A: The “Wow!” moment came when we understood that the animals depicted in the mosaic in the north aisle are the four beasts in Daniel 7. And that was something we realized only a week after uncovering them, when one of our staff members was able to read the accompanying Aramaic inscription identifying the first beast.

Q: Each year, you and the team uncover pieces of history that are significant to so many people for a variety of reasons. What do you hope this work does for the field and what we know of history?

A: Our work sheds light on a period when our only written sources about Judaism are rabbinic literature from the Jewish sages of this period and references in early Christian literature. The full scope of rabbinic literature is huge and diverse, but it represents the viewpoint of the group of men who wrote it. That group was fairly elite, and we don’t have the writings of other groups of Jews from this period. Early Christian literature is generally hostile to Jews and Judaism. So, archaeology fills this gap by shedding light on aspects of Judaism between the fourth to sixth centuries CE — about which we would know nothing otherwise. Our discoveries indicate Judaism continued to be diverse and dynamic long after the destruction of the second Jerusalem temple in 70 CE.

Q: Now in the ninth season of digging at this site, what keeps you and the team coming back?

A: We are committed to completing the excavation of the synagogue before we turn the site over to the state of Israel, with the hope that they will develop and open it to the public in the future. In the meantime, I expect our work will continue to shed light on the past through new discoveries.

The mosaics have been removed from the site for conservation, and the excavated areas have been backfilled. Excavations are scheduled to continue in summer 2020. For additional information, images of previous discoveries and project updates, visit the Huqoq Excavation Project site here.