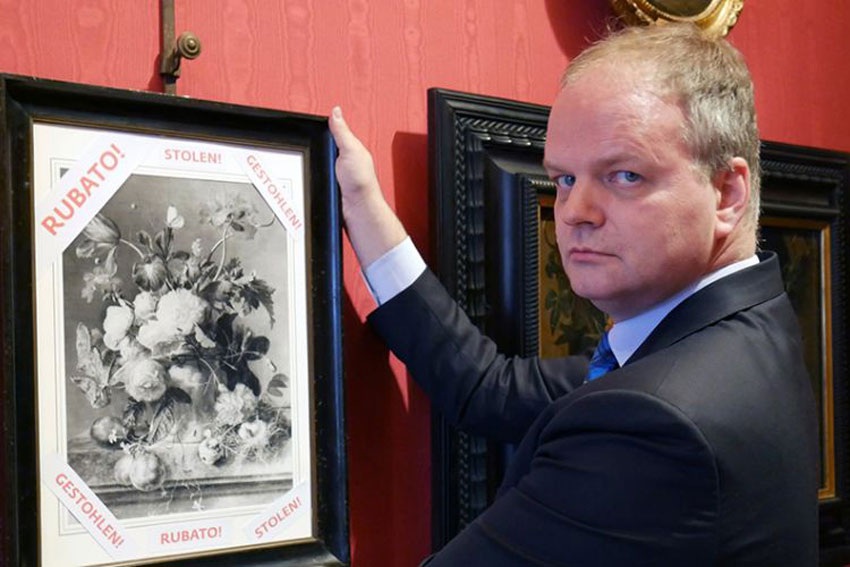 Still life painting stolen by the Nazis returns to Florence

The still life painting by Dutch artist Jan Van Huysum stolen by Nazi troops from the Uffizi Gallery in Florence, in 1943 during the World War II, will be returned where it belongs, announced the Italian government.

The oil painting called “Vase of Flowers″, worth many millions of Euros, had first been taken to Florence in 1824,after being purchased by Leopold II, Grand Duke of Tuscany, for his art collection.

The work was in the city’s Palazzo Pitti until 1940 when the place was evacuated with the outbreak of war and the painting was then taken to a nearby village.

Three years later, the painting was confiscated by the German troops and was finally transported to Germany where it resurfaced after the reunification in 1991, when it was found in a family’s property.

According to reports, the unidentified family asked for two million Euros to hand over the painting, while the German authorities cited a statute of limitations on crimes committed more than 30 years ago which it said prevented it from intervening.

“The painting is finally coming home after 75 years. It was a tough fight; today is a great victory for all Italy″, said Eike Schmidt, head of the Uffizi Gallery. Schmidt, a German himself, was asking for the painting to be returned to Florence.

Following Schmidt’s appeals, the German government contacted the descendants of the Nazi soldier who had stolen the painting.

According to the German authorities, the painting had not been stolen as part of an organized Nazi plan but by an individual soldier, which, as argued by lawyers, meant that the soldier who stole it could not be considered the owner of the work and therefore had no right to bequeath it to anyone.

For their part, the family’s lawyers argued that the soldier had simply bought the painting at a sale to send to his wife whose house had been destroyed by the bombings.

No details were given of the agreement between the German Government and the family in possession of the painting.