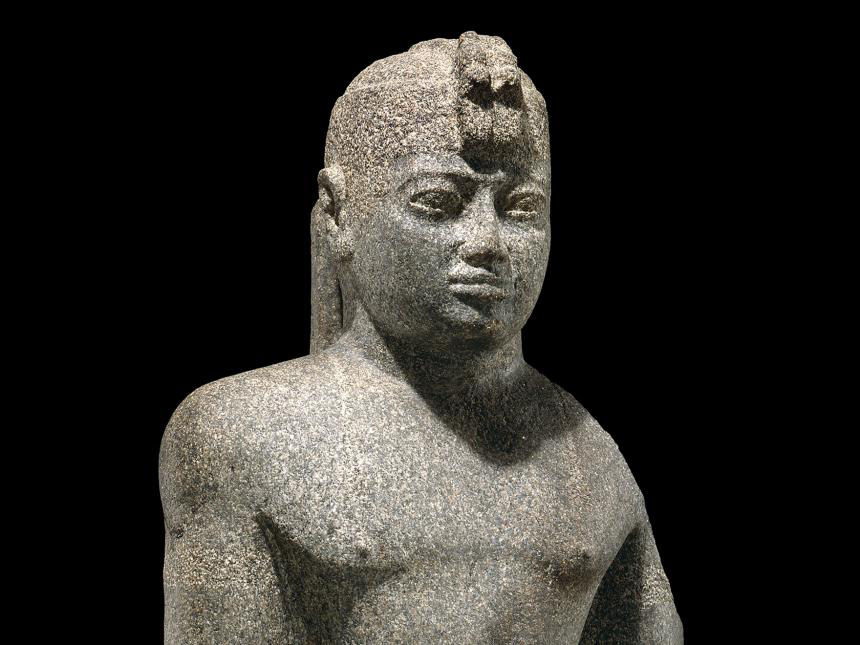 Between 2500 BCE and 300 CE, a series of kingdoms flourished in what is today the Sudanese Nile Valley, a region known in antiquity as Kush and by modern scholars as Nubia. Ruling from the capitals of Kerma (2400–1550 BCE), Napata (800–300 BCE), and Meroe (300 BCE–300 CE), Nubian kings and queens controlled vast empires and trade networks, rivalling—and even for a brief time conquering—their more famous neighbors, the Egyptians. The Nubians left behind the remains of cities, temples, palaces, and pyramids, and their artists and craftspeople produced magnificent jewelry, pottery, metalwork, furniture, and sculpture. Yet today many people are unaware that these great civilizations even existed.

“Ancient Nubia Now” features more than 400 highlights from the collection, many never before exhibited. Among the highlights are the exquisite jewels of Nubia’s queens, the nearly lifesize statue of Senkamanisken from the sacred mountain of Gebel Barkal, the army of funerary figurines from the tomb of King Taharqa, the gold and silver treasure of King Aspelta, and the stele of King Tanyidamani, bearing the longest known inscription in the still untranslated Meroitic language and script. Precious objects imported from Egypt and the Mediterranean world shed light on Nubia’s role as a leader in foreign commerce. Along with introducing visitors to the breadth, innovation and technical mastery of Nubian art, “Ancient Nubia Now” explores the reasons for which Nubia remains unfamiliar to most Americans, including a shortage of written documentation from antiquity, the prejudices of early excavators, and propaganda from its neighbor and rival Egypt.