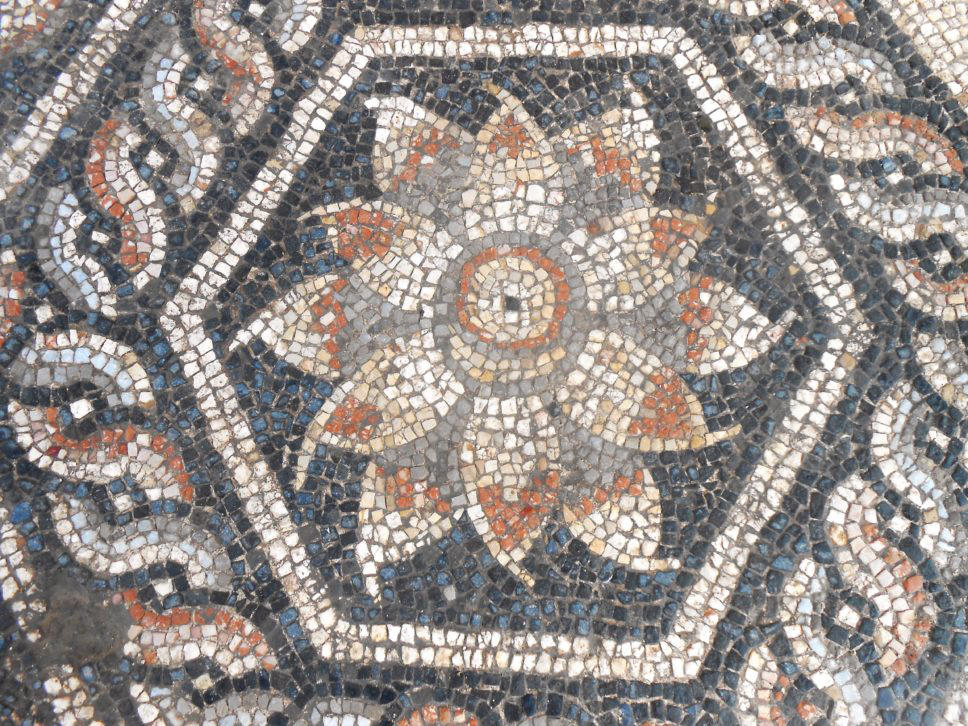 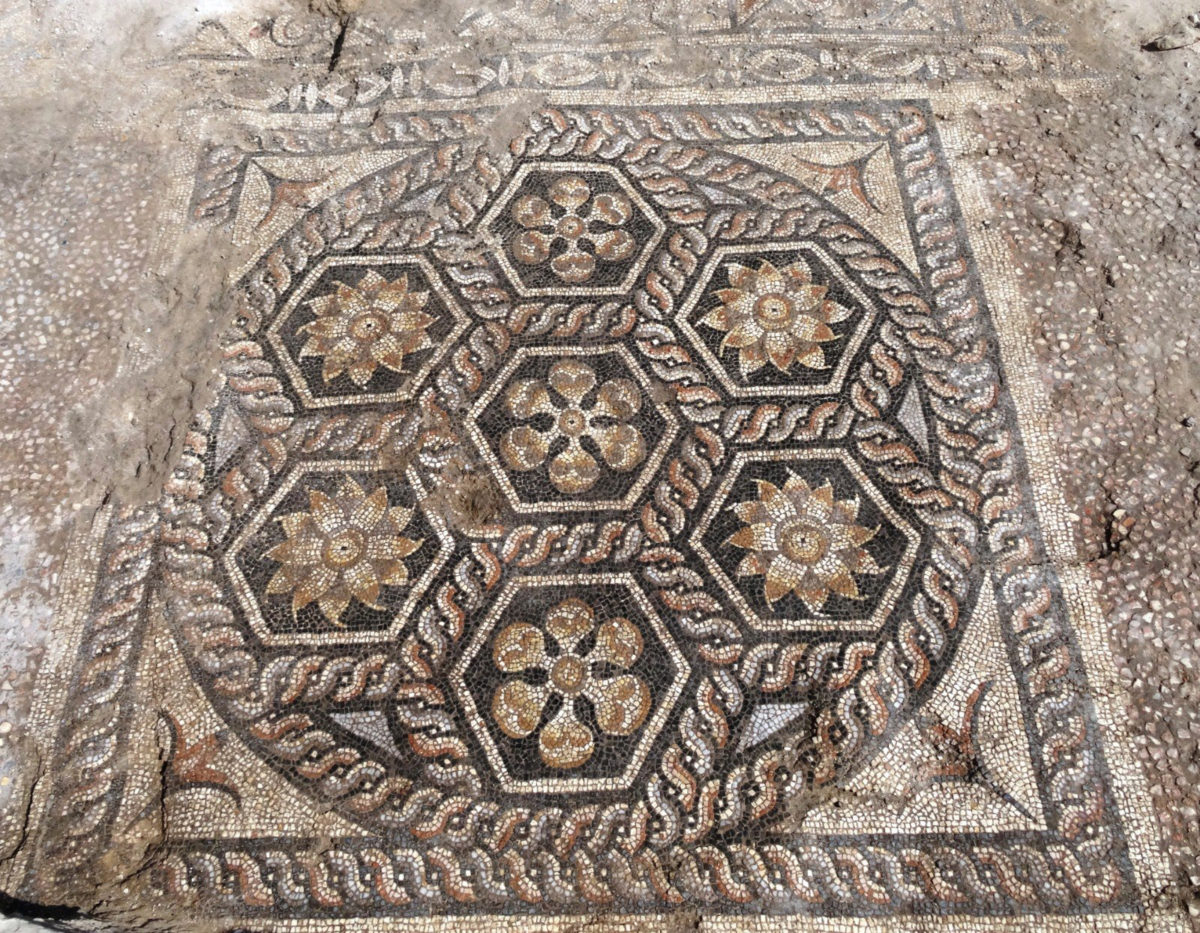 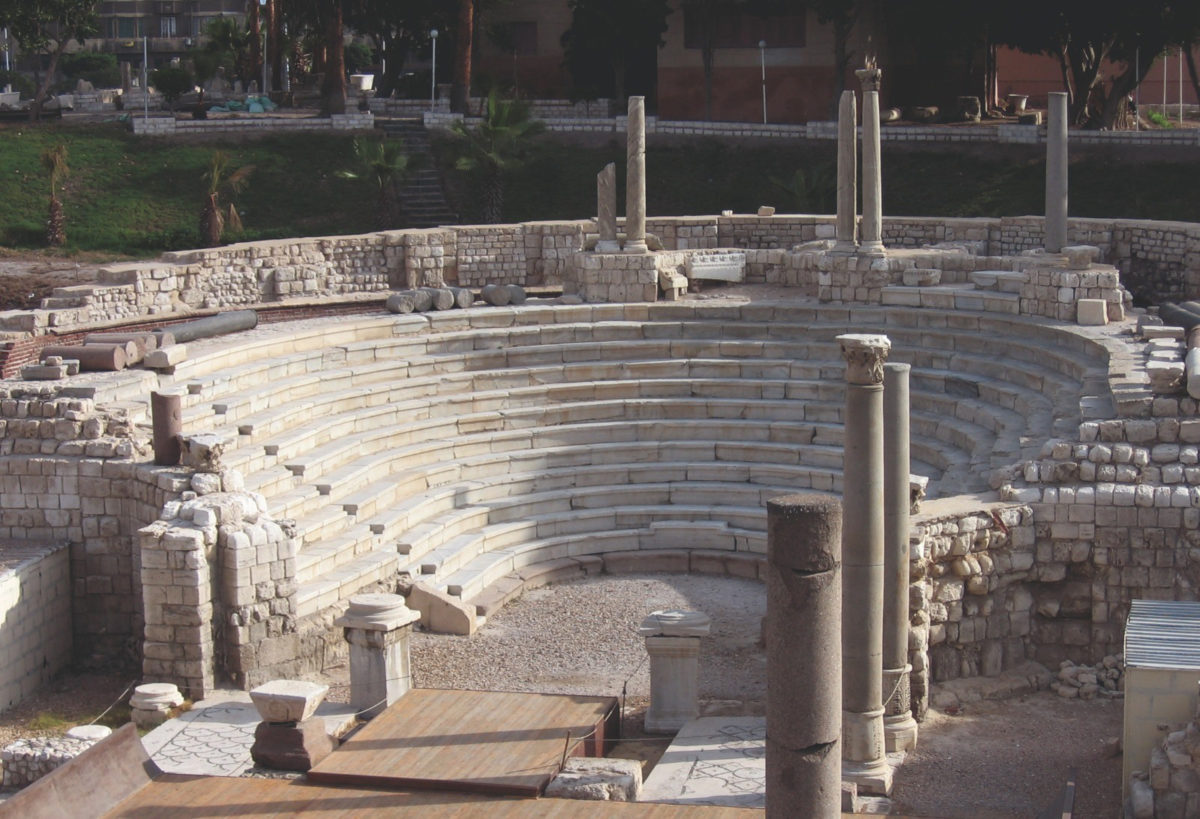 The site located in the heart of the ancient city has been excavated archaeologically since 1960 by the Polish Centre of Mediterranean Archaeology, University of Warsaw expedition in cooperation with the Egyptian Ministry of Antiquities. Digging has uncovered successively a vast fragment of the Late Antique city (4th–7th centuries AD) including a small theatre, the grand Imperial bath and a unique group of twenty-two lecture halls – apparently the remains of an ancient “university”.

In recent years, excavation work concentrated on the study of the still mostly unknown residential architecture of Roman Alexandria (1st–3rd centuries AD). “The buildings of that period are known to have often been lavishly decorated – a rule that found confirmation in Alexandria this season: in one of such houses we have discovered a fine Roman floor mosaic,” says Dr. Grzegorz Majcherek, the director of the team of PCMA archaeologists working at the site.

The main square field of this multi-coloured pavement (measuring 2.60 by 2.60 m) is composed of six hexagonal panels featuring lotus flowers, framed by a circular guilloche pattern. Lotus buds can also be seen in spandrels. Overall, the design of the mosaic, additionally equipped with a transversal field in front decorated with astragals and rosettes, is typical for the triclinia – the most imposing of the dining rooms in a Roman house.

The composition, featuring a circle inscribed into a square, so exceptionally popular in Roman Egypt, is considered distinctive of Alexandrian style. This latest discovery, coupled with other polychrome tessellated floors previously found at the Kom el-Dikka site and displayed in the mosaic shelter (“Villa of the Birds”), once again points not only to the affluence of the residents of these houses, but also to the popularity of mosaic art in Alexandria.