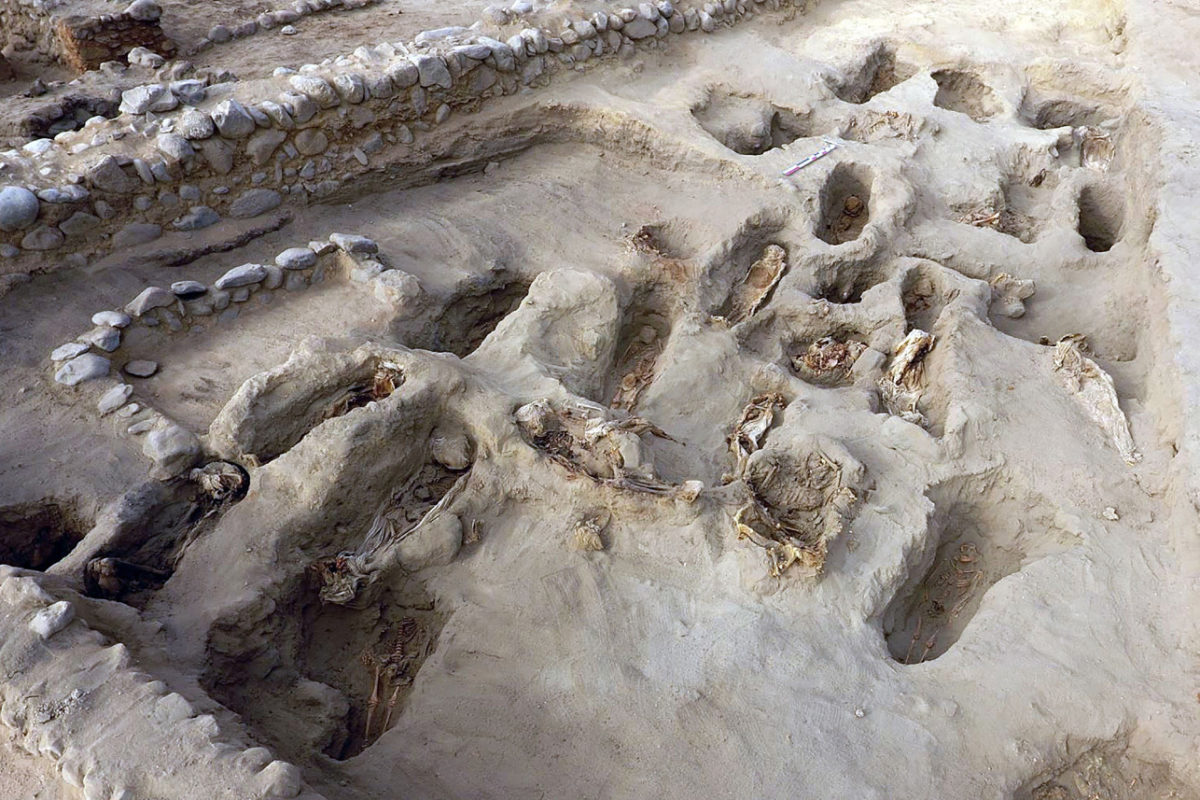 The sacrifice is linked to the pre-Columbian Chimu culture

Another mass child sacrifice was excavated in Peru. According to the Peruvian press agency Andina said the remains of 250 children (other reports refer to 227 children) and 40 warriors were found at Huanchaco, 346 miles north of Lima. The site was used by the pre-Columbian Chimu culture and the remains have been dated to the 13th to 15th centuries.

Peruvian archaeologists have been digging since last year at the huge sacrificial site. Feren Castillo, who heads the excavations, told AFP that this is the biggest site where remains of sacrificed children have been found.

In April 2018, the remains of more than 140 children and over 200 llamas or alpacas were found at a 15th-century ritual sacrifice site at nearby Huanchaquito-Las Llamas. This site was also part of the Chimu culture. The Chimu civilization was conquered by the Inca in the 15th century.

The children of Hunanchaco were between 4 and 14 years old. Experts link the sacrifice to the El Niño event. “They were sacrificed to appease the El Niñophenomenon,”  Feren Castillo said.

The children were killed during wet weather and buried facing the sea.