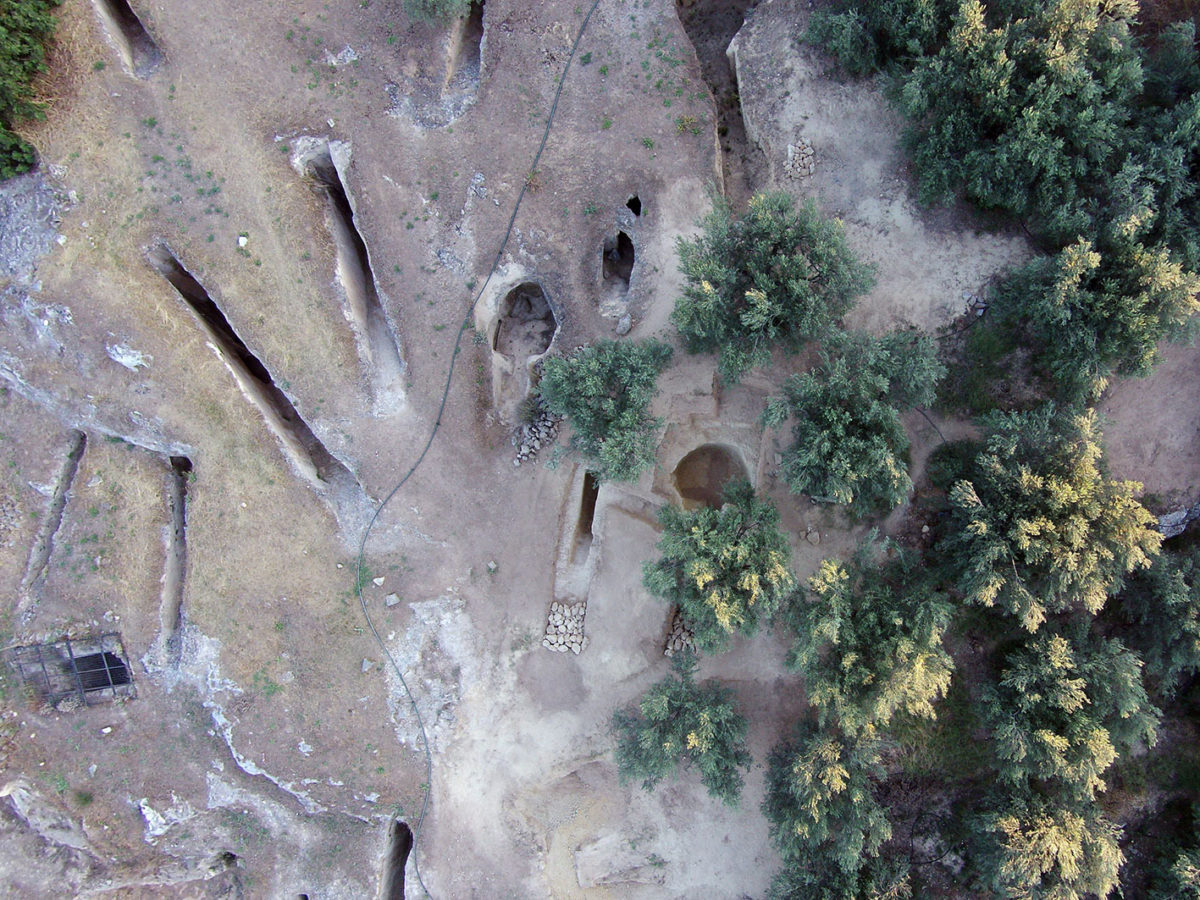 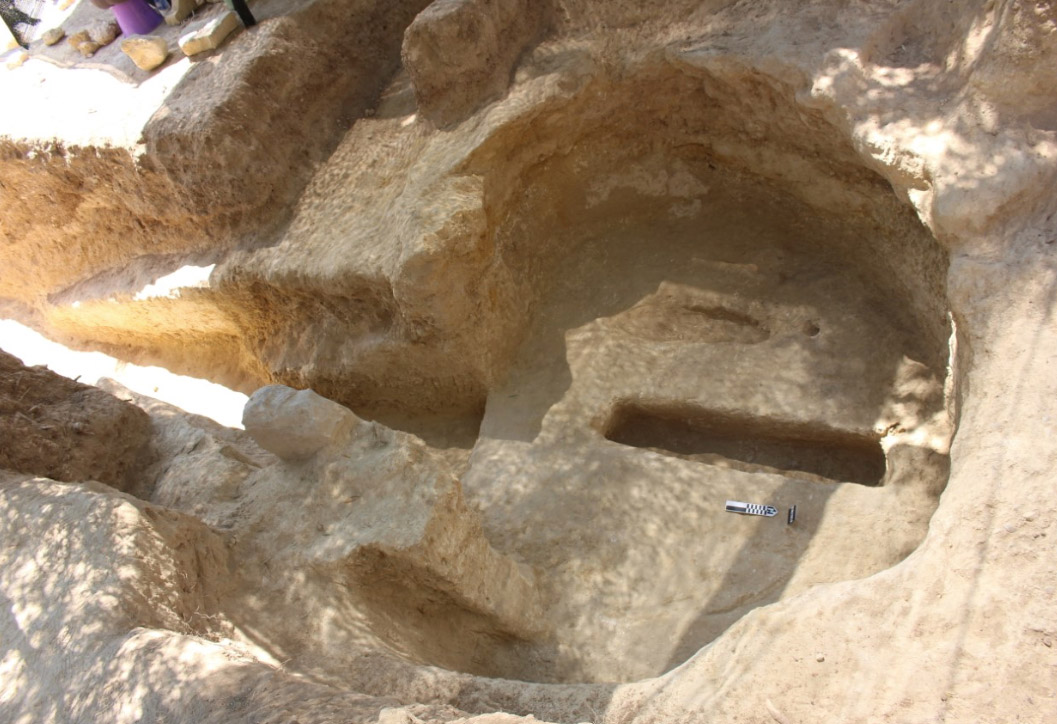 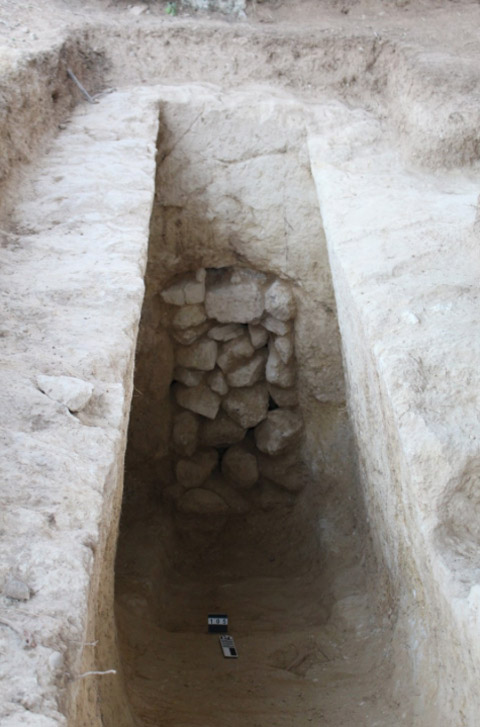 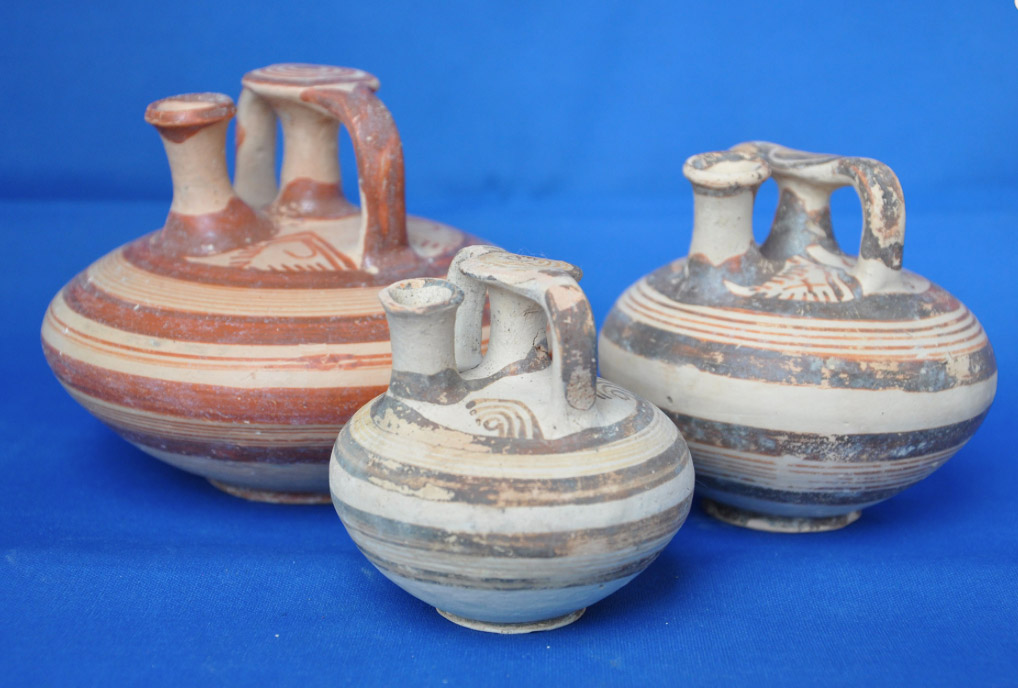 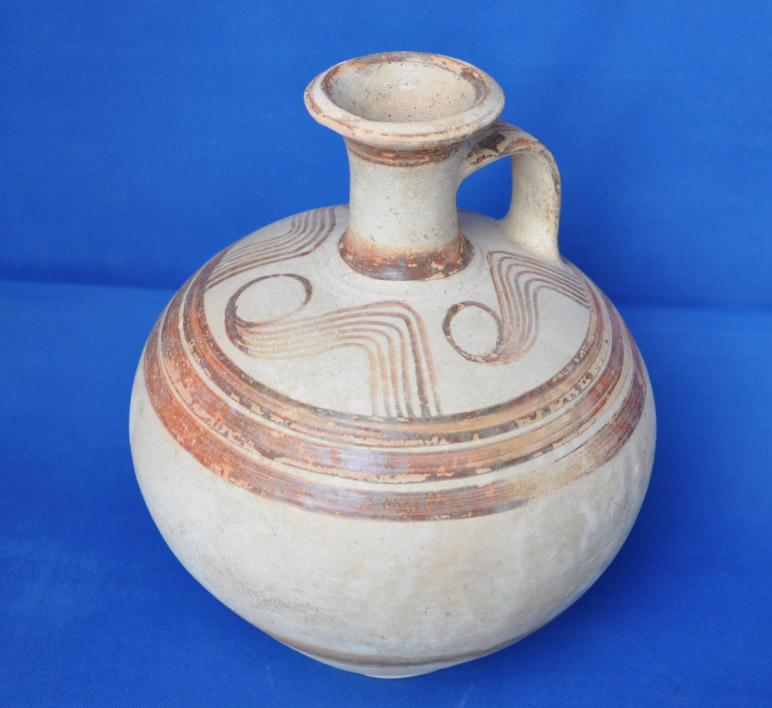 Two new unplundered chamber tombs dating from the Late Mycenaean, i.e. the period of the Mycenaean palaces (circa 1400-1200 BC), were unearthed during the systematic research project of the Antiquities Ephorate of Corinth at the Mycenaean cemetery of Aidonia in Nemea. The first of the two tombs which preserved its chamber roof contained two primary burials and the collected bones of 14 more individuals. The second tomb had no roof having already collapsed in Mycenaean times. Inside and above it however, three primary burials were discovered.

Both chamber tombs yielded clay vessels and figurines, as well as other small objects such as buttons. These findings can be compared with the burial goods of the Early Mycenaean tombs (circa 1600-1400 BC), excavated in previous years at Aidonia and contained tableware and storage vessels, weapons and artefacts indicating status. The two new, unplundered Mycenaean chamber tombs at Aidonia point towards an understanding of the site’s evolution over time and its association with the palatial systems of the surrounding areas, Mycenae in particular.

Situated on the northwestern edge of the wine zone of modern Nemea or Flyasia of antiquity, Aidonia was a major centre in the region during the Mycenaean period (ca. 1700-1100 BC). Aidonia became known after extensive looting of the Mycenaean cemetery, possibly in the winter of 1976-77. The subsequent rescue excavation (1978-1980, 1986) by the Archaeological Service under Kalliopi Krystalli-Votsi and supervised by Konstantina Kaza, brought to light 20 Mycenaean tombs, the majority of which belong to the chamber category  and are organized in a cluster.

These are graves cut into the rock and consist of three sections: a passageway called the dromos, an entrance and an underground burial chamber. Only a handful of the Aidonia chamber tombs were found intact, while one of the looted ones contained a pit in which a stunning collection of jewellery had been saved. The findings from the rescue excavation proved their link with a collection of Mycenaean jewels which had been up for sale in a New York art gallery in 1993. The Greek State successfully claimed the collection which was subsequently returned, making these movable findings from Aidonia probably the most important case in Greece regarding the repatriation of illegally exported antiquities.

Continued antiquities smuggling at Aidonia has necessitated more excavations to investigate tombs that meanwhile have either been or are endangered of being plundered. In 2016, the Corinthian Ephorate of Antiquities launched a new, systematic research programme, headed by Konstantinos Kissas, Assistant Professor of Archaeology at the Universities of Graz, Austria and Trier, Germany, with Director of the Nemea Center  of Classical Archaeology  Kim Shelton of the University of Berkeley, California as main collaborator. The new programme had previously documented the existence of an additional cluster of graves and brought to light an additional chamber tomb on the same level as the previously investigated cluster. The excavation part of the programme’s 4th season was completed on July 25.