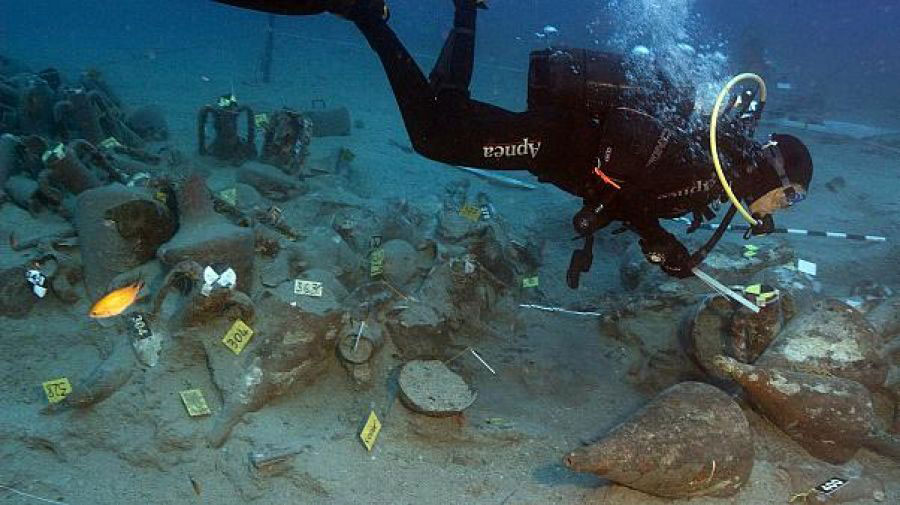 Peristera shipwreck off Alonnisos opens to the public next summer

The ‟Parthenon of shipwrecks″ to be converted into an underwater museum

Alonnisos is entering a new interesting phase of quality tourism at a global level, thanks to the Region of Thessaly’s high visibility project on underwater museums twice awarded by Europe.

One of the world’s most ancient shipwrecks, the Peristera , will be ‟operational” by next summer, according to the commitment made by both Thessaly’s Regional Governor Kostas Agorastos and Director of Underwater Antiquities of the Ministry of Culture, P. Kalamara. This was announced at the opening ceremony of the Public Information Centre on Underwater Shipwrecks set up by the Region of Thessaly at the old Primary School in the picturesque Chora of Alonissos.

It is an innovative virtual reality exhibition space unique in Greece, combining cutting-edge digital technologies with traditional museum practices that transport the visitor to the magic of the sea bed, offering a unique experience in diving.

‟When many in Greece talk about innovation, Thessaly is innovating in practice. It is bringing added value and prosperity to the country. It is an innovation not just on paper but in substantial works. Such good examples are worth finding imitators everywhere. The BLUEMED programme, in which Thessaly was the lead partner, is the only European programme that has added value to the country”, said Thessaly’s Regional Governor among other things and concluded by saying that “we have restarted the work of many archaeologists, won two European awards and are proud of the ‘Parthenon of shipwrecks’ whose good use will change the image of Alonissos and our islands”.

‟Thessaly is being included on the world map of tourism; of a different and quality tourism. In the near future, diversity will be a draw for visitors”, he said, expressing his gratitude to Minister Lina Mendoni for her help which will be crucial, as he said.

A total of four underwater museums will be created in Magnesia that will highlight the archaeological sites in different areas:

(a) An underwater archaeological site at Peristera, Alonissos (shipwreck of the classical period),