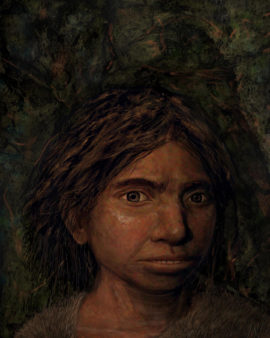 This image shows a portrait of a juvenile female Denisovan based on a skeletal profile reconstructed from ancient DNA methylation maps. Credit: Maayan Harel
- +
by Archaeology Newsroom
24 09 '19 05:26

First glimpse at what ancient Denisovans may have looked like