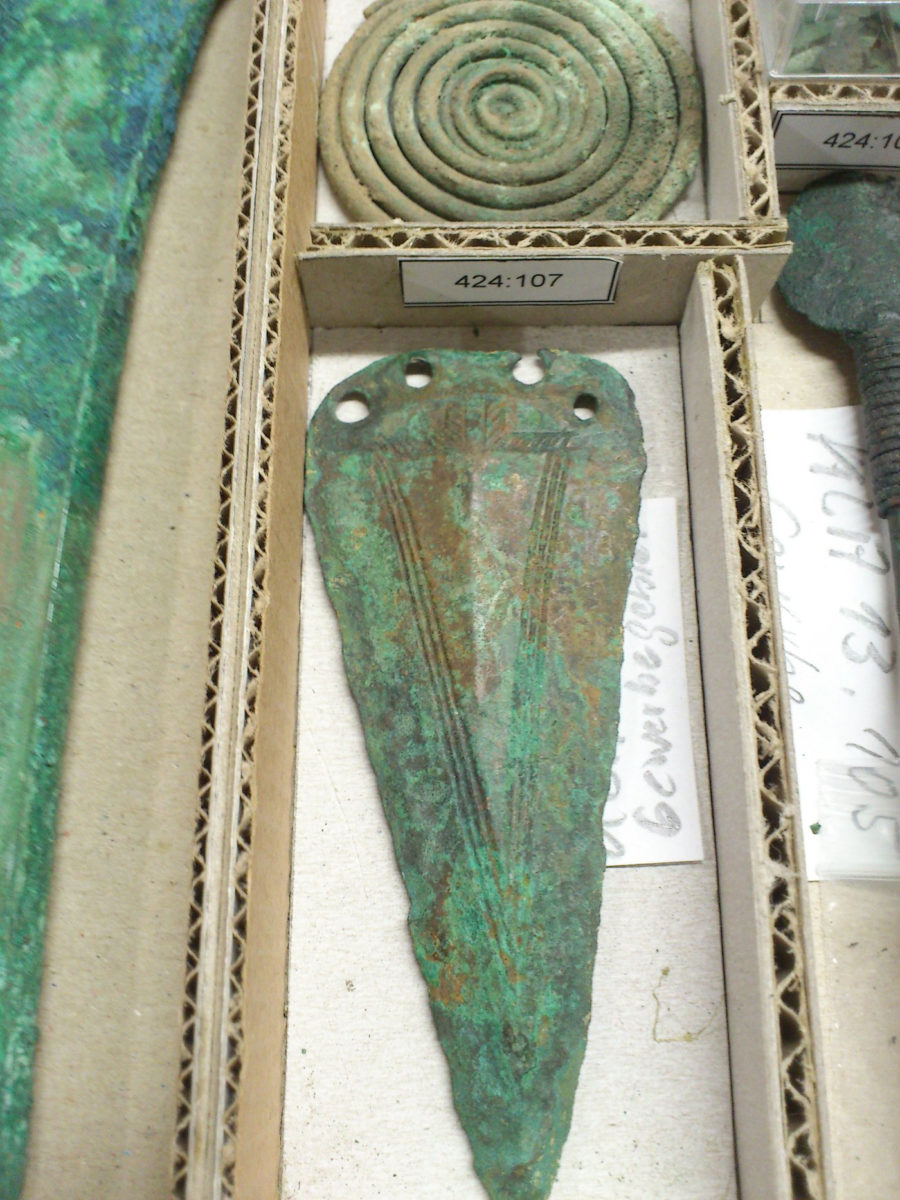 Social inequality already existed in southern Germany 4000 years ago, even within one household, a new study published in the journal Science finds. Archaeological and archaeogenetic analyses of Bronze Age cemeteries in the Lech Valley, near Augsburg, show that families of biologically related persons with higher status lived together with unrelated women who came from afar and also had a high status, according to their grave goods. In addition, a larger number of local but clearly less well-off individuals were found in the same cemeteries, which were small gravesites associated with single homesteads. The researchers conclude that social inequality was already part of households structures in that time and region. Whether the less well-off individuals were servants or slaves can only be speculated upon.

In Central Europe, the Bronze Age covers the period from 2200 to 800 BCE. At that time people acquired the ability to cast bronze. This knowledge led to an early globalization, since the raw materials had to be transported across Europe. In an earlier study, the current team had shown that, 4000 years ago, the majority of women in the Lech Valley came from abroad and may have played a decisive role in the transfer of knowledge. Supraregional networks were apparently fostered by marriages and institutionalized forms of mobility.

The current archaeological-scientific project was situated at the Heidelberg Academy of Sciences and led by Philipp Stockhammer from the Ludwig-Maximilians-Universitaet (LMU) in Munich together with Johannes Krause and Alissa Mittnik from the Max Planck Institute for the Science of Human History in Jena and the University of Tübingen. The researchers attempted to investigate the effects of this mobility and other concurrent changes. The excavations south of Augsburg, which took place at the sites of Bronze Age homestead farms and their associated graveyards, enabled archaeologists to zoom into the Bronze Age in unprecedented resolution in order to investigate how the transition from the Stone Age to the Bronze Age affected the households of that time. “Wealth was correlated with either biological kinship or foreign origin. The nuclear family passed on their property and status over generations. But at every farm we also found poorly equipped people of local origin,” says Philipp Stockhammer, Professor of Prehistoric Archaeology at LMU Munich. This finding suggests a complex social structure of households, as is also known from Classical Greece and Rome. In Roman times, slaves were also part of the family unit, but had a different social status. However, these people in the Lech Valley lived over 1500 years earlier. “This shows how long the history of social inequality in family structures goes back in time,” Stockhammer continues.

It was already known that the first larger hierarchical social structures evolved in the Bronze Age. The findings of the current study were surprising in that social differences existed within a single household and were maintained over generations.

Grave goods can reveal the social status of the deceased to archaeologists. In the Lech Valley, weapons and elaborate jewelry were only found in the graves of closely related family members and women who came into the family from long distances, up to several hundred kilometers away. Other unrelated individuals of local origin were found in the same cemeteries without such high-status grave goods.

This study also succeeded in reconstructing for the first time family trees from prehistoric cemeteries spanning four to five generations. Surprisingly, however, these only included the male lineages. The female descendants apparently left the farms where they reached adulthood. The mothers of the sons, on the other hand, were all women who had moved in from afar. “Archaeogenetics provides us with a completely new view of the past. Until recently, we would not have thought it possible to examine marriage rules, social structure and social inequality in prehistory,” says Johannes Krause, Director of the Department of Archaeogenetics at the Max Planck Institute for Human History.

The archaeologists on the project were able to compare the degree of kinship with the grave goods and the location of the graves and show how couples and their children were buried. This was made possible by generating genome-wide data from more than 100 ancient skeletons, which allowed reconstructing family tress from prehistoric bone. Only the genetically unrelated local members of a household were buried without significant grave goods. “Unfortunately, we cannot say whether these individuals were servants and maids or perhaps even enslaved,” says Alissa Mittnik. “What is certain is that through the male lines, the farmsteads were passed from generation to generation and this system was stable over at least 700 years, across the transition from the Stone Age to the Bronze Age. The Lech Valley shows how early social inequality within individual households can be found.”