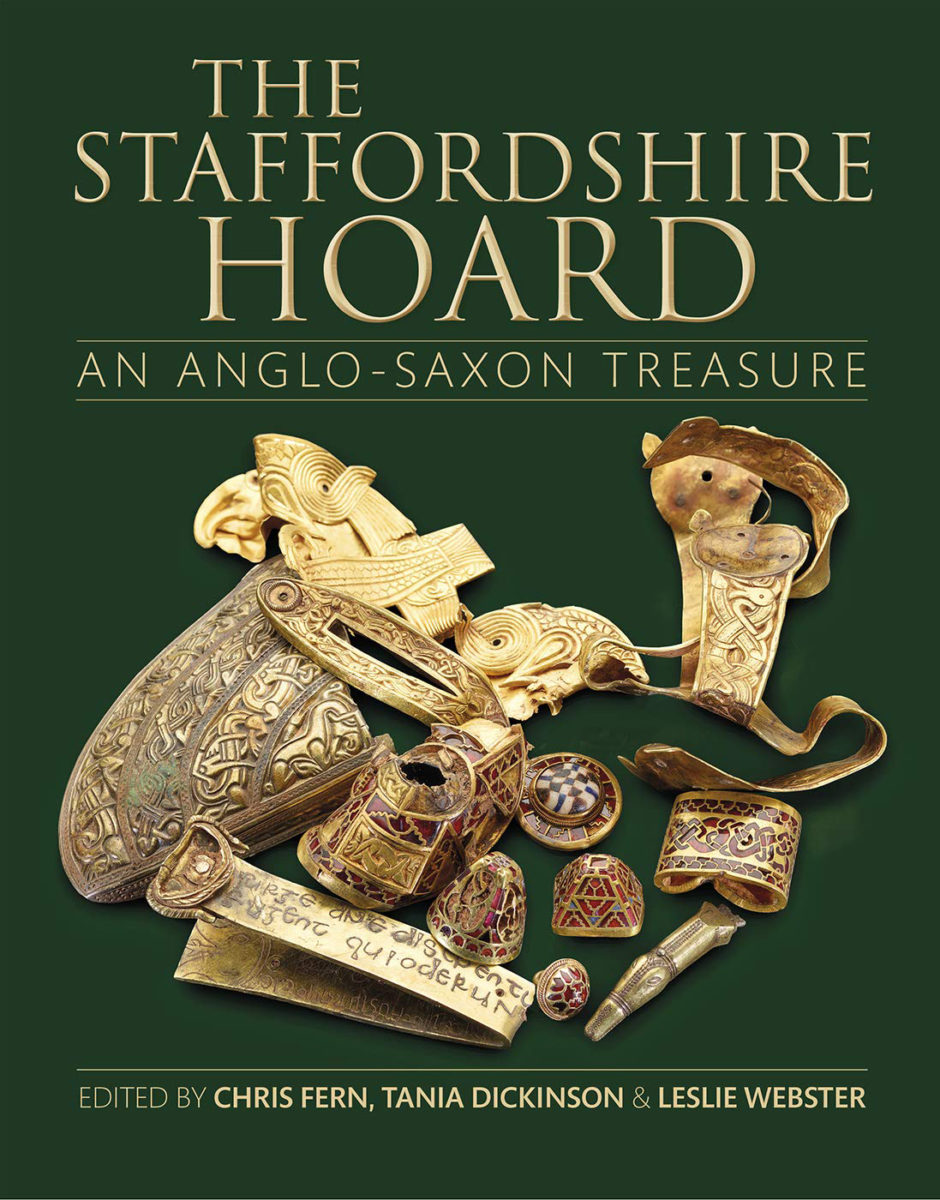 The book and online digital resource will be available on open access through ADS.

The hardback book can be purchased from Oxbow Books or directly from the Society of Antiquaries of London.

The Staffordshire Hoard: An Anglo-Saxon Treasure tells the story of the Staffordshire Hoard’s discovery and acquisition, and the six-year research project that pieced its fragments back together, identified its objects and explored their manufacture. Key chapters discuss the decoration and meaning of the Hoard’s intricate ornament, the techniques of Anglo-Saxon craftsmen, the religious and historical background, and hoarding practice in Britain and Europe, to place this most exceptional find in context. Finally, the text explores the impact that the find has had locally, nationally and internationally in the twenty-first century.

Ten years ago the unprecedented discovery in a Staffordshire field of almost 6 kg of early Anglo-Saxon precious-metal objects seized international headlines. The objects comprised mostly equipment for war, especially sword hilts, but also items for Christian ceremonial use. They were of the highest order, economically, artistically and symbolically, but were found in a deliberately dismantled state and with little evidence of their context in the ground. Reconstructing the artefacts and explaining how and why they had been assembled and buried posed considerable challenges for the six-year research project commissioned by Historic England. Now its results are revealed in The Staffordshire Hoard: An Anglo-Saxon Treasure, published by the Society of Antiquaries of London on 1 November, 2019. The book is supported by a wealth of full-colour illustrations, explanatory drawings and an online resource.

The book is edited by two of the Department’s Honorary Fellows, Chris Fern and Tania Dickinson and Leslie Webster. It brings together a team of expert conservators and specialists in Anglo-Saxon archaeology and history. They cover the Hoard’s discovery, acquisition for the nation and conservation, identify the objects and examine the techniques behind their manufacture.

Key chapters analyse the ‘lives’ of objects, the significance of their intricate ornament and their origins: together these suggest the material was brought into Mercia and buried probably between c 650 and 675. Contextualising essays on contemporary archaeology, political and religious history and hoarding practices in Britain and Europe build a framework for interpretations, which, in the face of an unparalleled find and limited results from post-discovery fieldwork, must remain plural and open to debate. Finally, the impact that the Hoard has made on both scholarly and public engagement with the Anglo-Saxon past is assessed.