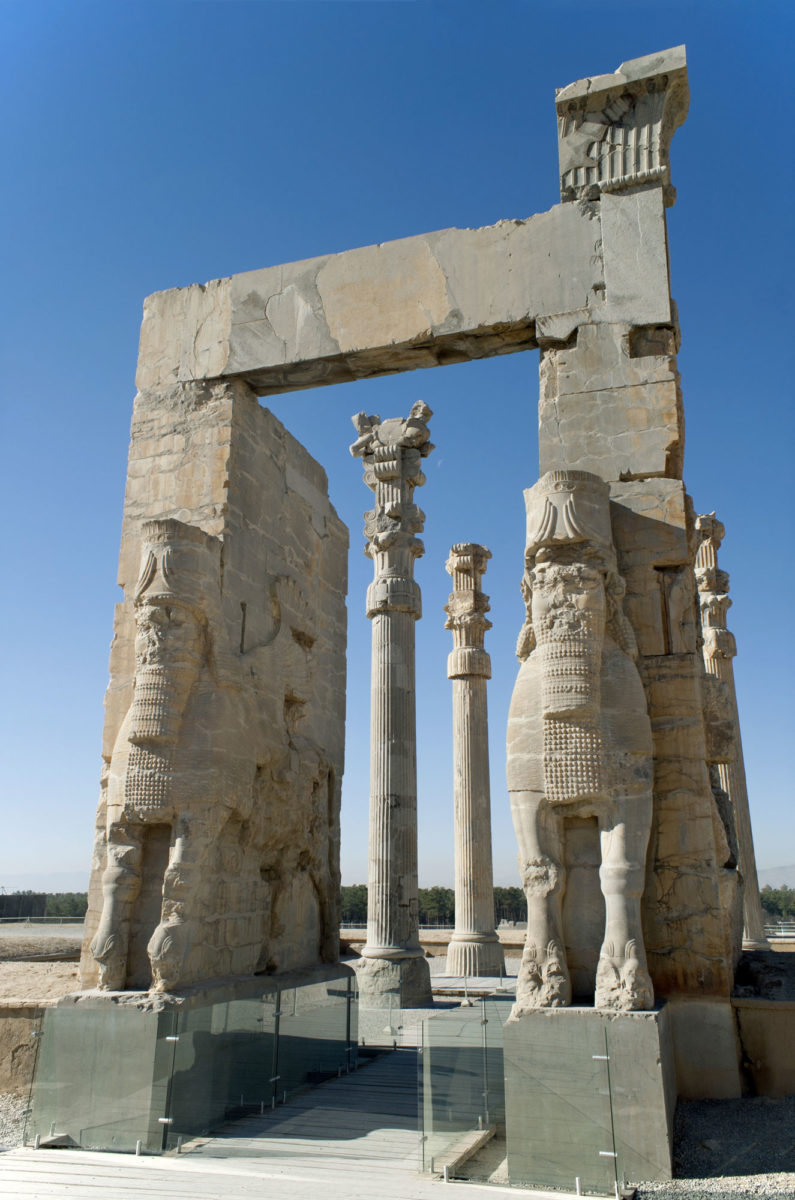 “This kind of threats indicate a complete ignorance of International Conventions”

A statement by the Association of Greek Archaeologists strongly condemns US President Donald Trump’s threat to destroy 52 targets with monuments and archaeological sites representative of Iran’s great cultural heritage. “We express our horror at these blatant threats which, if implemented, will constitute a war crime for all humankind. This kind of threats indicate a complete ignorance of international conventions, such as the Hague Convention of 1954 for the protection of cultural goods in the event of armed conflict,” says the announcement.

“The region of today’s Iran (Persia up to 1935) has been inhabited since Upper Paleolithic times (50,000 years ago) and had already experienced a great flowering in the 10th millennium BC (Earlier Paleolithic). Great empires are famous for having flourished there since the first millennium BC such as that of the Achaemenids with monumental Persepolis, the ‘Desert Diamond,’ as its capital (550-330 BC), that of the Sassanids and the Parthians, all leaving valuable examples of their material culture. Exceptional monuments and cities survive since the Islamic period. Apart from Iran’s magnificent architectural heritage, its museums full of ancient and modern cultural treasures, it has also made great contributions to the arts and sciences, such as medicine, astronomy, mathematics as well as literature, a tradition that continues in the arts till today, in cinema, dance and music; a heritage that ultimately belongs to the whole world.

“As the Association of Greek Archaeologists, we stand by our colleagues in the Iranian Archaeological Service, joining our voices with UNESCO, ΙCOM, ICOMOS, the museums of Europe and America as well as scientific bodies with international outreach such as the American Institute of Archaeology and the American Anthropological Association. These frightening statements are reminiscent of the corresponding irreversible destruction of monuments by ISIS,  as part of the grim state of war in the long-suffering Middle East, with yet again the inevitable deaths of thousands of innocent people, dramatically increasing waves of desperate migrants, while inflaming blind religious fanaticism ultimately exploited by those in power, spreading medieval , backward conditions in the eastern Mediterranean and its hinterland, with uncontrollable international implications.

“Targeting culture through the mouths of political leaders especially of countries that have signed international conventions on the protection of antiquities, threatens to wipe out the collective ancient and modern memory of peoples, paves the way to rapidly expanding antiquity smuggling at an international level in dark centers of Europe and America, the leveling and encroachment of every trace of cultural particularity, morality and dignity of the peoples involved in the madness of wars, with profit being the sole motif. We hope that democratic sentiment and logic will eventually prevail in the US and that such terrorist statements will not be heard again, causing global upheaval,” the statement concludes.