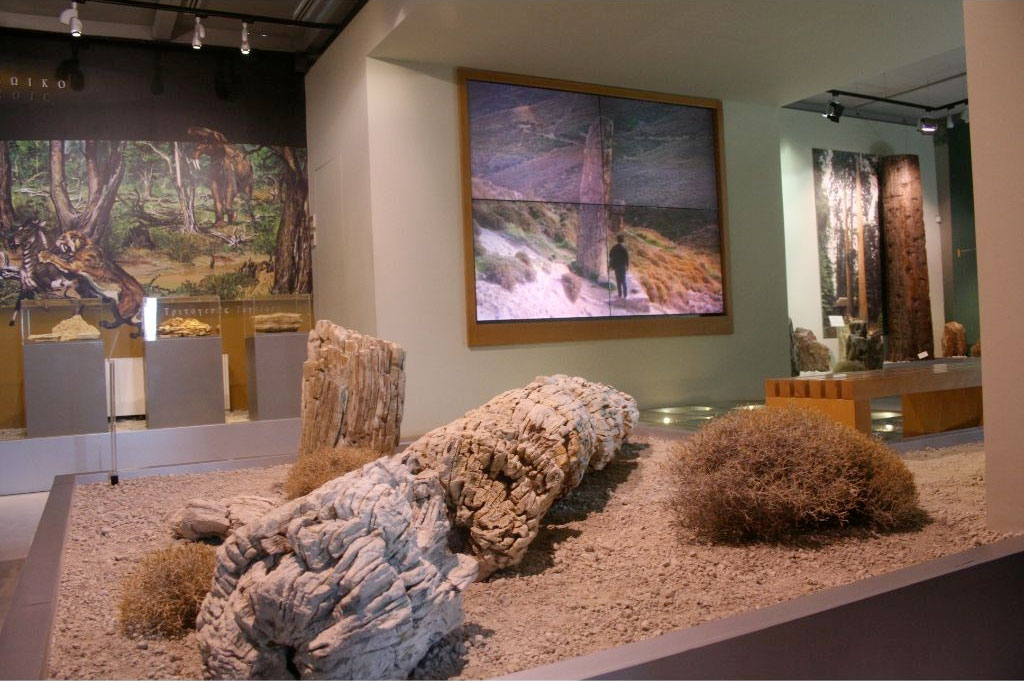 During works on the construction of the Kalloni-Sigri highway

Excavation work for the construction of the new Kalloni-Sigri highway on the west of Lesvos brings to light important examples of world natural history and of fossils in particular. The last such find is a giant fossilized trunk of a sequoia. Specifically, the lower part of the trunk was found, mostly from near to the root system.

“Research is continuing to determine the species, but the fossil that was discovered belongs to the family of the sequoia. It is a form of tree common to the Aegean in the past and now extinct. Such sequoias exist today in the United States of America and can reach 100 meters in height”, says Nikos Zouros, director of the Natural History Museum of the Lesvos Petrified Forest, to the Athens and Macedonia News Agency.

“We intend to highlight this fossil because it will remain in situ as will all other fossils found along the Kalloni-Sigri highway so as to be accessible to the public”, said Mr Zouros. As to the finding’s scientific value, he said that “this tree grew on top of matter that had come from earlier volcanic eruptions and that itself had been destroyed by a subsequent volcanic eruption and covered by volcanic ash”.