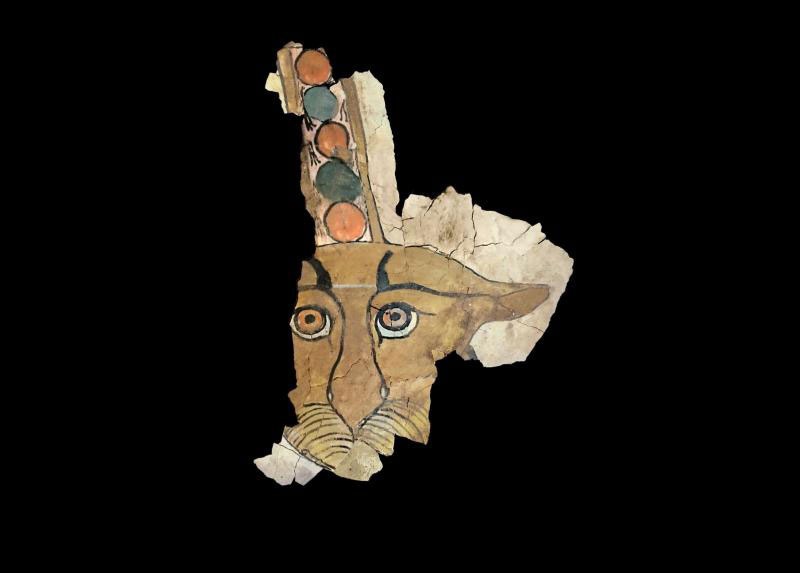 An ancient necropolis reveals its secrets in Aswan, Egypt

Among the impressive findings is the depiction of a leopard

An ancient necropolis reveals its secrets in Aswan, Egypt, according to the Egyptian-Italian archaeological mission working on the site.

The necropolis spreads around 25,000 sq.m.  in an area close to the emblematic Mausoleum of Aga Khan III. It contains over 300 graves, both rock-cut and dug into the ground.

According to Patricia Piacentini (Milan State University, head of the Egyptian-Italian Mission at West Aswan), this ancient necropolis represents the burial place of the people living in Aswan between the mid-7th century. B.C. and the 3rd / 4th century. A.D. The Mission first explored the site a year ago and made headlines following the announcement of preliminary results regarding research in tomb AGH026, dating to the 2nd c. BC.  Here is where archaeologists revealed a large room with more than 30 mummies, as well as rich material findings. Today, following the preservation of most of these finds, the Egyptian-Italian Mission in West Aswan (EIMAWA) has released more information.

Archaeologists indeed report a remarkable group of objects: elaborate stuccoed body covers painted with gold, a stretcher for mummies, partially surviving sarcophagi, a funeral bed, and a lot of pottery.

Among the impressive findings is the depiction of a leopard in stucco, which was part of a wooden sarcophagus cover. The leopard, a symbol of strength, was placed at the head of the deceased to protect him in the afterlife. According to Piacentini, leopards are rarely found painted, although they are generally popular as a symbol. The process of preserving the finding was also a challenge. Conservation specialists had to remove the actual drawing from the sarcophagus’ wood during restoration.

In terms of organic material, and besides mummies, archaeologists identified pine nuts; these are known from contemporary Alexandria, and so highlight the prosperity of the local community. Thus, tomb AGH026 represents the last residence of the Aswan elite of its time.

The Egyptian-Italian Mission at West Aswan will return to the site for a new excavation season in the coming Spring.