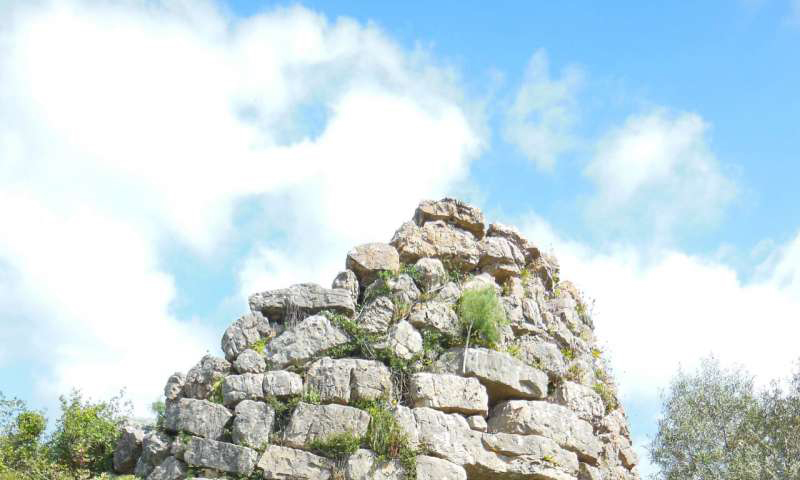 A new study of the genetic history of Sardinia, a Mediterranean island off the western coast of Italy, tells how genetic ancestry on the island was relatively stable through the end of the Bronze Age, even as mainland Europe saw new ancestries arrive.

The study further details how the island’s genetic ancestry became more diverse and interconnected with the Mediterranean starting in the Iron Age, as Phoenician, Punic, and eventually Roman peoples began arriving to the island.

The research, published in Nature Communications, analyzed genome-wide DNA data for 70 individuals from more than 20 Sardinian archaeological sites spanning roughly 6,000 years from the Middle Neolithic through the Medieval period. No previous study has used genome-wide DNA extracted from ancient remains to look at the population history of Sardinia.

“Geneticists have been studying the people of Sardinia for a long time, but we haven’t known much about their past,” said the senior author John Novembre, PhD, a leading computational biologist at the Univeristy of Chicago who studies genetic diversity in natural populations. “There have been clues that Sardinia has a particularly interesting genetic history, and understanding this history could also have relevance to larger questions about the peopling of the Mediterranean.”

The people of Sardinia have long been studied by geneticists to understand human health. The island has one of the highest rates of people who live to 100 years or more, and its people have higher than average rates of autoimmune diseases and disorders such as beta-thalassemia and G6PD deficiency. Many villages in Sardinia also have high levels of relatedness, which makes uncovering the genetics of traits simpler. Across the island, the frequencies of genetic variants often differ from mainland Europe. These factors have made Sardinia a useful place for geneticists like senior author Francesco Cucca from the Università di Sassari in Italy to uncover genetic variants that may be linked to disease and aging.

“Contemporary Sardinians represent a reservoir for some variants that are currently very rare in continental Europe,” Cucca said. “These genetic variants are tools we can use to dissect the function of genes and the mechanisms that are at the basis of genetic diseases.”

Sardinia also has a unique archaeological, linguistic, and cultural heritage, and has been part of Mediterranean trade networks since the Neolithic age. How much the population’s genetic ancestry has changed through these times, however, has been unknown.

To generate a new perspective on the genetic history of Sardinia, long-term collaborators Cucca and Novembre brought together an interdisciplinary group with geneticists, archaeologists, and ancient DNA experts. A team led by Johannes Krause at the Max Planck Institute for the Science of Human History and the University of Tübingen in Germany helped coordinate the sampling and carried out DNA sequencing and authentication. Teams led by Novembre and Cucca then analyzed the data and shared the results with the whole group for an interdisciplinary interpretation.

“We were thrilled to be able to generate such a dataset spanning six thousand years because the retrieval of ancient DNA from skeletal remains from Sardinia is very challenging,” said Cosimo Posth, an archaeogeneticist at the Max Planck Institute and co-first author of the study.

Periods of stability and change

Sampling DNA from ancient remains allows scientists to get a snapshot of people living at a specific time and place, instead of using modern DNA and inferring the past based on assumptions and mathematical models. When the team compared the DNA of 70 ancient individuals collected from Sardinia to the DNA of other ancient and modern individuals, they uncovered two major patterns.

First, they saw that Sardinian individuals in the Middle Neolithic period (4100-3500 BCE) were closely related to people from mainland Europe of the time. Genetic ancestry then remained relatively stable on the island through at least the end of the “Nuragic” period (~900 BCE). This pattern differs from other regions of mainland Europe which experienced new ancestries entering from people moving across the continent in the Bronze Age.

The results also show the development of Sardinia’s distinctive nuraghe stone towers and culture (after which the Nuragic period is named) did not coincide with any detectable, new genetic ancestry arriving to the island.

“We found striking stability in ancestry from the Middle Neolithic through the end of the Nuragic period in Sardinia,” said Joe Marcus, a PhD student in the Department of Human Genetics at UChicago and a co-first author on the paper.

Second, the team found evidence of the arrival of different populations across the Mediterranean, first with Phoenicians originating from the Levant (modern-day Lebanon) and Punics, whose culture centered in Carthage (modern-day Tunisia). Then, new ancestry continued to appear during the Roman period and further in the Medieval period, as Sardinia became historically influenced by migration of people from modern-day Italy and Spain.

“We observed clear signals of dynamic periods of contact linking the island to the rest of the Mediterranean, appearing first in individuals from two Phoenician and Punic sites as early as 500 BCE, and then in individuals from the Roman and Medieval periods,” said Harald Ringbauer, PhD, a postdoctoral researcher involved in the computational data analysis at UChicago and a co-first author on the paper.

The group’s results help explain similarities with DNA from mainland European individuals of the Neolithic and Copper Age, such as “Ötzi the Iceman,” an almost perfectly preserved, 5,300-year-old human discovered in alpine ice in northern Italy in 1991. Specifically, among modern Europeans, Ötzi’s DNA is most similar to modern-day Sardinians. The new study supports the theory that this similarity remains because Sardinia had less turnover of genetic ancestry over time than mainland Europe, which experienced large-scale migrations in the Bronze Age.

Insights from the past, implications for the present

Besides providing new insight into mysteries of the past, studying ancient DNA also has implications for the well-being of present-day humans. This model of Sardinia’s population history–establishment followed by relative isolation and then the arrival of new sources of diversity–provides a new framework for understanding how genetic variants with health implications became more frequent on the island.

“For future studies, we want to look more precisely at mutations that we think are involved in disease to see in which period they changed in frequency and how quickly they changed,” Novembre said. “That will help us understand the processes acting on these diseases, and in turn gain a richer view that may yield insights for human health.”