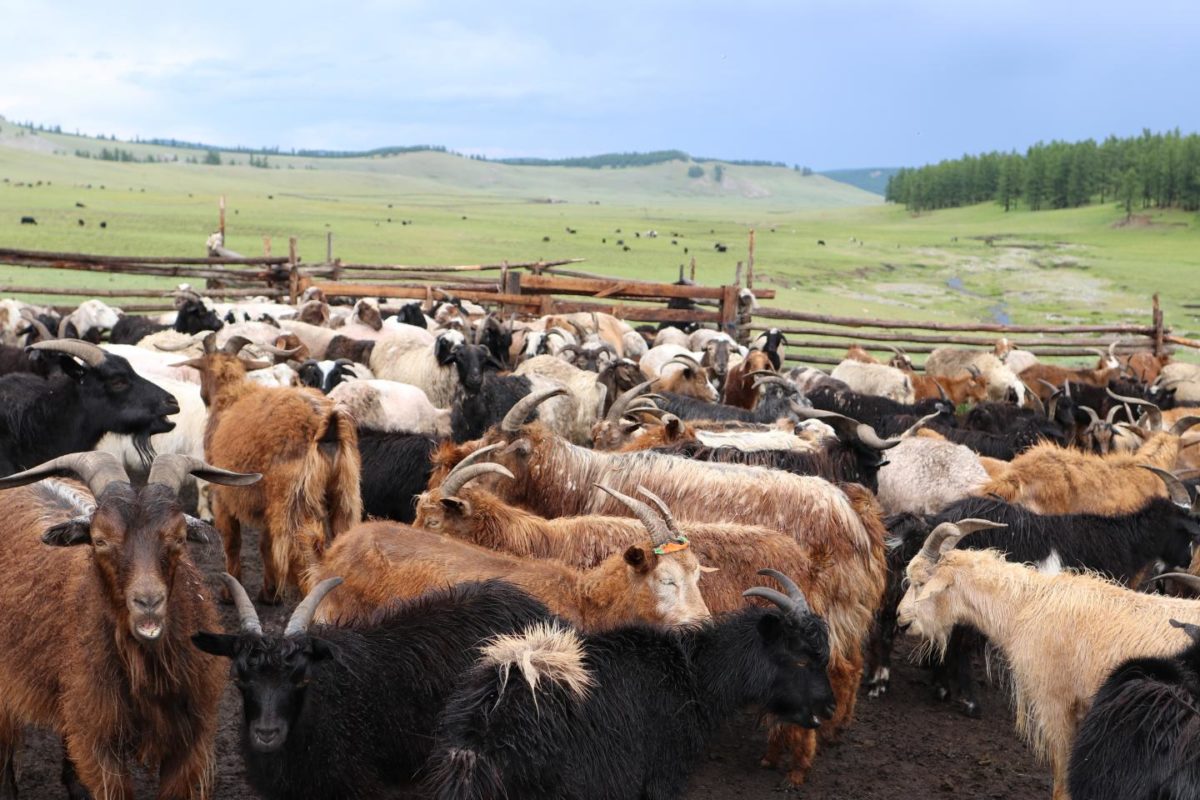 Milk proteins point to the importance of dairying in eastern Eurasia

Today dairy foods sustain and support millions around the world, including in Mongolia, where dairy foods make up to 50% of calories consumed during the summer. Although dairy-based pastoralism has been an essential part of life and culture in the eastern Eurasian Steppe for millennia, the eastward spread of dairying from its origin in southwest Asia and the development of these practices is little understood. The current study, led by Shevan Wilkin and Jessica Hendy of the Max Planck Institute for the Science of Human History, presents the earliest evidence for dairy consumption in East Asia, circa 3000 BCE, and offers insights into the arrival and evolution of dairy pastoralism in prehistoric Mongolia.

The highly mobile nature of pastoralist societies and the severe winds of the Eastern Steppe make detecting occupied sites with direct evidence into the lives and culture of ancient Mongolians exceedingly rare. Instead, the researchers looked for clues in ritual human burial mounds, often marked by stone monuments and occasionally featuring satellite animal graves.

In collaboration with the National University of Mongolia, researchers analyzed dental calculus from individuals ranging from the Early Bronze Age to the Mongol Period. Three-quarters of all individuals contained evidence that they had consumed dairy foods, which demonstrates the widespread importance of this food source in both prehistoric and historic Mongolia. The study’s results include the earliest direct evidence for dairy consumption in East Asia, identified in an individual from the Afanasievo site of Shatar Chuluu, which dates to roughly 3000 BCE. Previous DNA analysis on this individual revealed non-local genetic markers consistent with Western Steppe Herder populations, presenting Early Bronze Age Afanasievo migrations westward via the Russian Altai as a viable candidate for the introduction of dairy and domestic livestock into eastern Eurasia.

Multiple different animal species were used for their milk

By sequencing the milk proteins extracted from the dental calculus, the scientists were able to determine which animal species were being used for dairy production, and thereby help to trace the progression of domestication, dairying, and pastoralism in the region. “Modern Mongolians use cow, sheep, goat, yak, camel, horse and reindeer for milk today, yet when each of these species were first utilized for dairy in Mongolia remains unclear,” says Shevan Wilkin, lead author of the study. “What is clear is that the crucial renewable calories and hydration made available through the incorporation of dairying would have become essential across the arid and agriculturally challenging ancient Eastern Steppe.”

The earliest individuals to show evidence of dairy consumption lived around 5000 years ago and consumed milk from ruminant species, such as cattle, sheep, and goats. A few thousand years later, at Bronze Age sites dated to after 1200 BCE, the researchers find the first evidence of horse milk consumption, occurring at the same time as early evidence for horse bridling and riding, as well as the use of horses at ritual burial sites. In addition, the study shows that during the Mongol Empire circa 1200-1400 CE, people also consumed the milk of camels. “We are excited that through the analysis of proteins we are able to see the consumption of multiple different animal species, even sometimes in the same individual. This gives us a whole new insight into ancient dairying practices” says Jessica Hendy, senior author of the study.

Millenia after the first evidence of horse milk consumption, horses remain vital to the daily lives of many in modern Mongolia, where mounted pastoralists rely on them to manage large herds of livestock, transport people and supplies, and provide a primary source of meat and milk. “Our findings suggest that the incorporation of horses into dairy pastoralism in Eastern Eurasia was closely linked to a broader economic transformation in the use of horses for riding, movement, and diet,” says William Taylor of the University of Colorado-Boulder, one of the study’s coauthors.

Although the earliest individual sampled in this study showed evidence of dairy consumption, the researchers hope future studies will examine individuals from previous time periods. “In order to form a clearer picture of the origins of dairying in this region, we need to understand the impact of western steppe herder migrations and confirm whether dairying was occurring in Mongolia prior to their arrival,” Shevan Wilkin concludes.