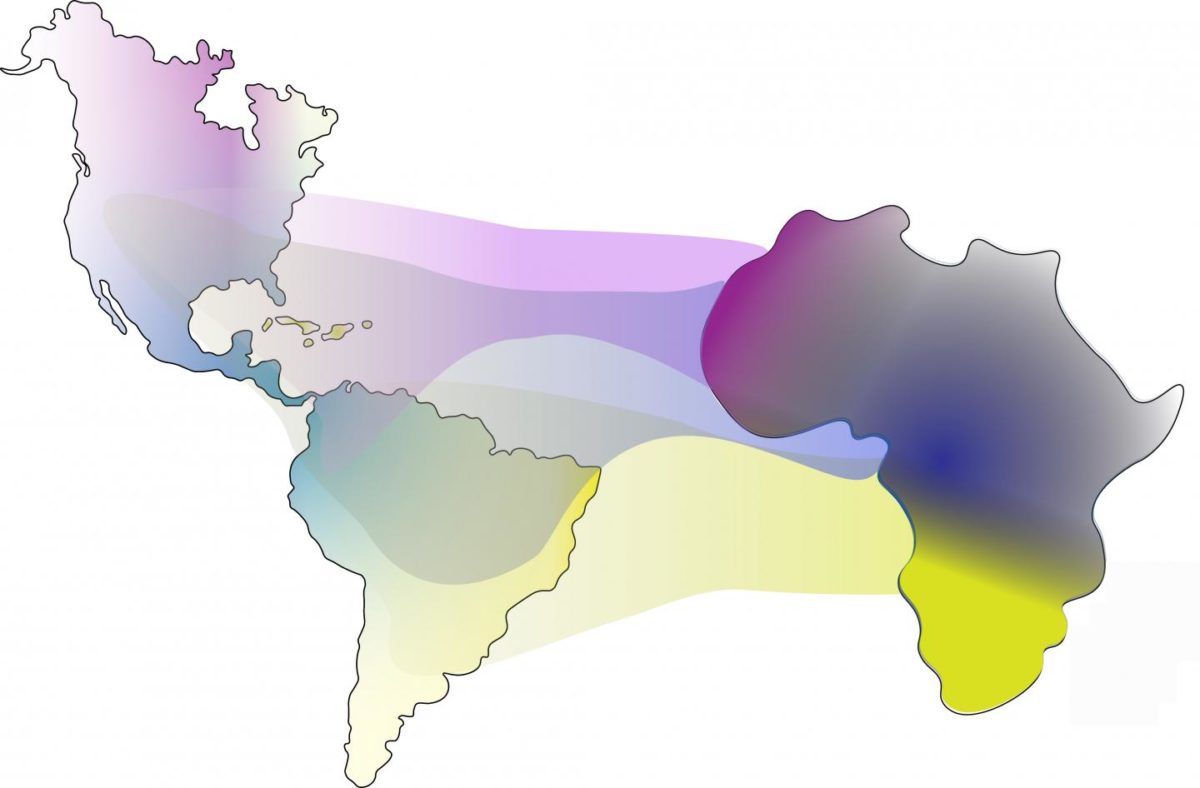 New insights into the transatlantic slave trade on African ancestry

The Transatlantic Slave Trade transported more than 9 million Africans to the Americas between the early 16th and the mid-19th centuries. In the past decade, scientists have utilized extensive genomic analyses to better understand the patterns of African-American ancestry in today’s populations, and help reconstruct the past by taking into consideration the complex geographical and geopolitical history of the Slave Trade.

In a new paper appearing in the advanced online edition of the journal Molecular Biology and Evolution, an international research team performed a genome-wide analysis using 6,267 individuals from 22 populations to infer how different African groups contributed to North-, South-American and Caribbean populations.

“We observed an enrichment in West-African ancestry in northern latitudes of the Americas, whereas South/East African ancestry is more prevalent in southern South-America,” said lead author Eduardo Tarazona-Santos, of the Federal University of Minas Gerais in Brazil.

Their final dataset included a genomic survey of 6,267 unrelated individuals with more than 10% of African ancestry studied for 533,242 variable genetic positions, or single nucleotide polymorphisms (SNPs). From this dataset, they could infer population structures across the Americas and study the amount of African DNA, or genetic admixture, present in today’s populations.

“Interestingly, Africans are the most diverse human populations from the genetical point of view, and during the Transatlantic Slave Trade, this rich African genetic diversity has not been lost, but has arrived to the Americas and is present in the African Americans and Hispanics/Latinos,” Tarazona-Santos. “On the other hand, during the last 500 years, in the Americas, people of different African origins and from different populations have admixed more in the Americas than in Africa”

To help refine their data against the historical records, they compared their genetic data with historical demographic information of embarked and disembarked African slaves, obtained the African Voyages database.

“We also inferred that in most of the Americas, admixture intensification occurred between 1,750 and 1,850, which correlates strongly with the peak of arrivals from Africa,” said Tarazona-Santos. “Interestingly, in most of the Americas, the arrival of the largest contingent of Africans between 1,700 and 1,850 was almost synchronic with the intensification of admixture, which implies that this time interval was critical to shape the structure of the African gene pool in the New World.

The study will contribute to our understanding of the population genetics and provides additional perspective to the ongoing social, cultural and political debate regarding ancestry, race, and admixture in the Americas.