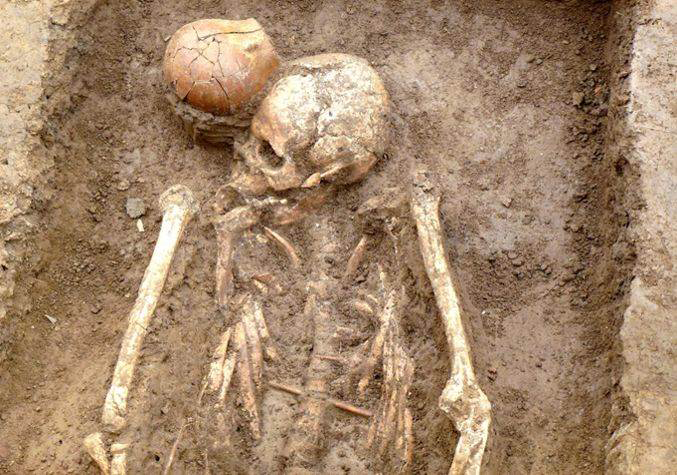 The world’s earliest traces of winemaking

Peter Kupfer of Mainz University published a history of the Chinese wine culture / 9,000-year-old discoveries from central China are the world’s earliest traces of winemaking.

The oldest archaeological evidence of the use of wild grapes to make a fermented ritual drink comes from China and dates back some 9,000 years. This “Neolithic cocktail” is currently thought to be the world’s oldest alcoholic drink. Viticulture itself began only a little later, about 8,000 years ago in Georgia. “Alcohol and, in particular, wine made using grapes has been a fundamentally important part of cultural life in Eurasia for thousands of years. And China has played a key role in its history,” said sinologist Professor Peter Kupfer of Johannes Gutenberg University Mainz (JGU). Kupfer has been studying China for four decades and has investigated all aspects of the alcohol culture of the Middle Kingdom, which has shaped the lives of its peoples for thousands of years. In Kupfer’s view, the emergence of China as one of the world’s leading wine-producing and wine-consuming countries is best seen against this background.

Human evolution has always been linked with winemaking

Recent research suggests that alcohol has played a central role in human evolution and the history of civilization. Wine is humanity’s oldest and most widespread cultural and ritual drink, older even than beer. “Without exception, the rise of all advanced Eurasian civilizations was intimately linked to the development of a wine and alcohol culture that was initially linked to magic and later played a role in social and religious rituals,” explained Kupfer, describing the key influence alcoholic drinks have had on human history. Wine and, later, beer consumption in the Eurasian continent is as old as the ties and cultural exchange between its peoples.

The peoples of Eurasia have been in contact and exchanged ideas and goods over vast geographical distances since prehistoric times, long before the heyday of the Silk Road two thousand years ago. “Barley was exported from Mesopotamia to China, where it was used exclusively for beer brewing,” Kupfer cited one example.

Although still unproven, Kupfer believes that there were probably links between the most ancient winemaking sites – between Georgia 8,000 years ago and Jiahu in central China some 9,000 years ago. China’s natural history has also been pivotal to its viticulture: For millions of years, the country has been home to the world’s richest and most diverse range of species of the Vitis genus. During glacial periods, vines found a refuge in southern China, which is now home to over 40 Vitis species, 30 of which are indigenous.

With very few exceptions, alcohol has never been prohibited in China. Quite the reverse: The Chinese rule “No celebration without alcohol” has been followed throughout all epochs. “The way the Chinese toast each other has remained unchanged for 3,000 years, as evidenced by ancient written precepts on the subject of hospitality,” added Peter Kupfer. Given the preeminence accorded to French wines, it is natural to assume that winemaking must have originated in ancient Greece or Rome. In fact, it has developed since the Neolithic Age over thousands of years in the context of continuous exchange between Eurasian regions, with Persia and India playing a particularly important role very early on.

New wines from the Middle Kingdom

Only in the late 19th century Chinese viticulture started to realign itself with its Western counterpart – at approximately the same time as European wine culture was establishing itself in numerous overseas regions, including North and South America, South Africa, Australia, New Zealand, and Japan. Chinese companies imported vines and technologies from Europe, cooperated with European vintners and oenologists, and increasingly adopted French techniques of winemaking, including aging in oak barrels.

These techniques remain the basis of Chinese winemaking today. “But since the 1990s, wine production in China has begun to become increasingly self-sufficient. Ever more land is being cultivated for winemaking and the area is now as extensive as that in Germany, while imports and consumption of wine are also rising.

In particular young people, naturally receptive to new experiences, are learning to appreciate wine.” Kupfer also emphasizes that there are already outstanding wines to be discovered on the Chinese market, in particular red wines, and that Chinese terroir and climate represent an excellent basis for future growth. “In my opinion we will witness the emergence of a very distinct wine culture in China in a few years. Chinese geography – varied and on a scale of thousands of kilometers – offers ideal perspectives for such growth,” Kupfer suggested.

In 1998 Peter Kupfer was appointed Professor of Chinese Language and Culture at the Faculty of Translation Studies, Linguistics, and Cultural Studies of Johannes Gutenberg University Mainz. Since 2008 he has undertaken several research trips along the Central Asian, Chinese, and Iranian sections of the Silk Road and has made a special study of Chinese wine culture. His book Bernsteinglanz und Perlen des Schwarzen Drachen: Die Geschichte der chinesischen Weinkultur [Amber Shine and Black Dragon Pearls: The History of Chinese Wine Culture] provides a comprehensive interdisciplinary analysis of the role played by wine and alcohol in Chinese culture.

It takes into account all the various related aspects – the archaeological, anthropological, historical, ethnographic, sociological, literary, artistic, linguistic, and culinary factors. The book illuminates the history of wine and alcoholic drinks in China through the various epochs down to the present day. Its publication was supported by funding provided by the German Research Foundation (DFG).