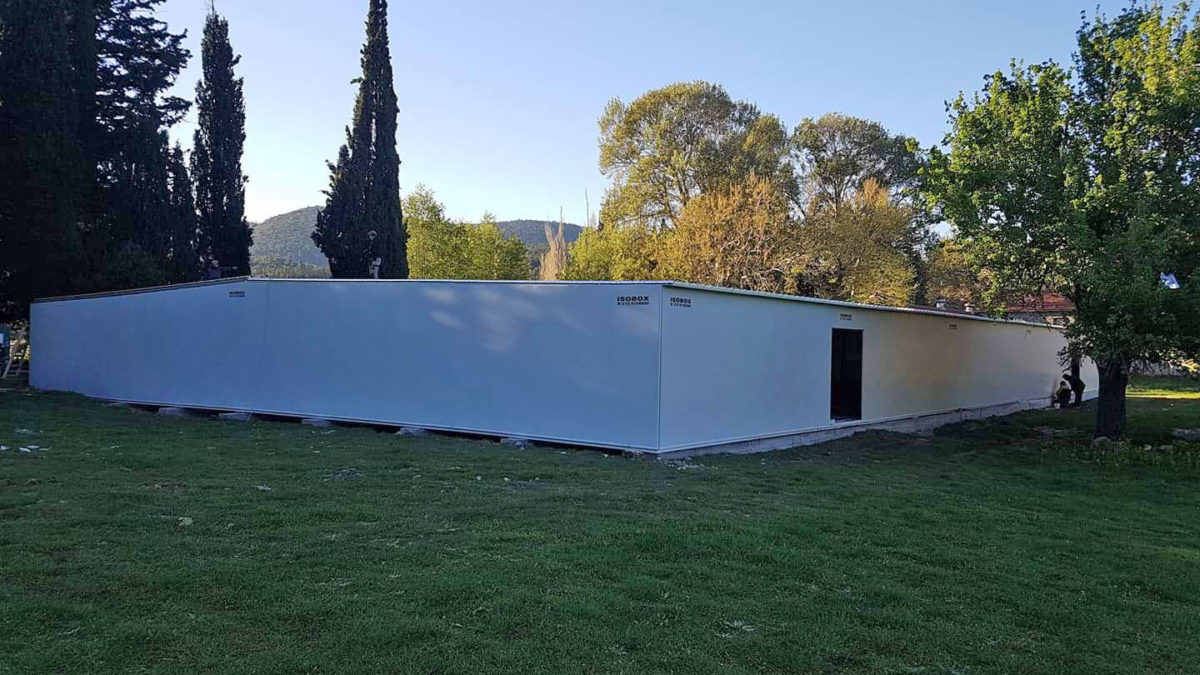 Works are progressing in the former royal estate of Tatoi

The progress of works was assessed in successive teleconferences

The progress of works on the former royal estate in Tatoi was assessed in successive teleconferences chaired by Minister of Culture and Sports (MOCAS) Lina Mendoni, with the participation of  Secretary General of Culture George Didaskalos and administrative staff.

The draft of the Feasibility and Sustainability study was presented with an analysis of the estate’s basic features, being prepared with the sponsorship of the Athanasios Laskaridis Foundation. Also presented was a brief analysis of the three previous studies (2002, 2012, 2014) regarding the effective use of the estate, as well as the adoption of good practices by management of respective estates abroad with similar features. The criteria used for the comparison are the size of the estates and the existence or not of a palace within them. The importance is being assessed of the monuments within their boundaries, the number of visitors they receive annually, the activities they host and their distance from urban centers . The proposals to be submitted will illustrate the uses in detail, which, then – according to the current institutional framework – will be examined by the bodies of the relevant Ministries, so as to enable their upgrading on the Tatoi estate.

Mid May is the deadline set by Ms. Mendoni for the final plan of the Feasibility and Sustainability study to be submitted, while its completion is estimated by the end of June.

According to the scheduling of the studies and works on the estate by the services of the Ministry of Culture, it is expected that next week  the signing of the contract will take place for the assignment of the studies related to the Palace. At the same time, the immediate rescue operations are underway: Regarding the Palace building specifically,  there are ready technical reports for the cleaning, disinfection and restoration of the roof and the window and door frames by installing scaffolding.

Regarding the Forester’s House, which will operate as a visitor information center, in collaboration with the Tatoi Friends Association, Ms. Mendoni requested that “the house be restored to its original form and a supplementary study be conducted, to be re introduced to the Council of Modern Monuments, for the removal of coatings from the external walls”. Rescue operations will also begin immediately in the car park.

At the same time, the Directorate for the Protection of Modern Architectural Heritage of the Ministry of Culture is assigning the study for the Kitchen building, which is an auxiliary building of the Palace. The Minister of Culture and Sports also stated that “There will  be an immediate settlement of the matter of accepting studies that have been prepared, with a donation from the Tatoi Friends Association, for the Buttery, the Caretaker’s house and the Telecommunications building. The process for their acceptance will be completed by the end of May”. The Association has also handed over the study for the Sturm house, to the relevant Directorate of Restoration for it to be immediately introduced to the Central Council of Modern Monuments.

In a few days, the installation of the tolls will be completed, acquired with the sponsorship of Athanasios Martinos. The crates and items from the Kitchen and Stables will be transferred to them, for their recording and conservation to proceed immediately.

Ms. Mendoni noted that “always taking into account the security of the monuments, the next step is to empty the Kitchens and Stables of the stacked crates as quickly as possible, so that assignment of the studies can be scheduled immediately,with rescue work beginning on  the buildings simultaneously”.

Regarding the papers in the archive of the former royal estate of Tatoi, their recording, evaluation, conservation and digitization will be included in the current NSRF, with a budget of 700,000 euros. The project is expected to be completed in 2022. Lastly, the Directorate for the Preservation of Ancient and Modern Monuments and the Directorate for the Protection of Modern Cultural Heritage of the Ministry of Culture and Sports begin an immediate registration of mobile monuments from the estate in the database of the Department of Management of the National Archive of Monuments.