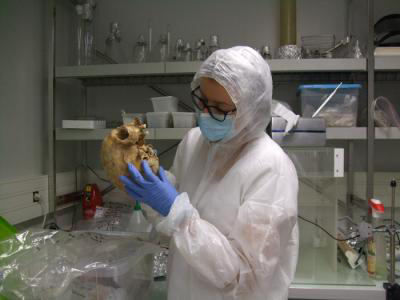 7,000 years of demographic history in France

A team led by scientists from the Institut Jacques Monod (CNRS/Université de Paris) have shown that French prehistory was punctuated by two waves of migration: the first during the Neolithic period, about 6,300 years ago, the second during the Bronze Age, about 4,200 years ago.

This study, published in PNAS on May 25, which looked at the genomes of 243 ancient individuals over 7,000 years, demonstrates how admixture between native hunter-gatherers and the first Anatolian Neolithic migrants, who brought with them a lifestyle based on agriculture, persists to this day in the genomes of French people.

Admixture of the Neolithic populations with those from the Pontic steppes, who arrived 4,200 years ago in what is now France, also left a lasting imprint, with the Y chromosome of the majority of French men still bearing the signature of men from the steppes.