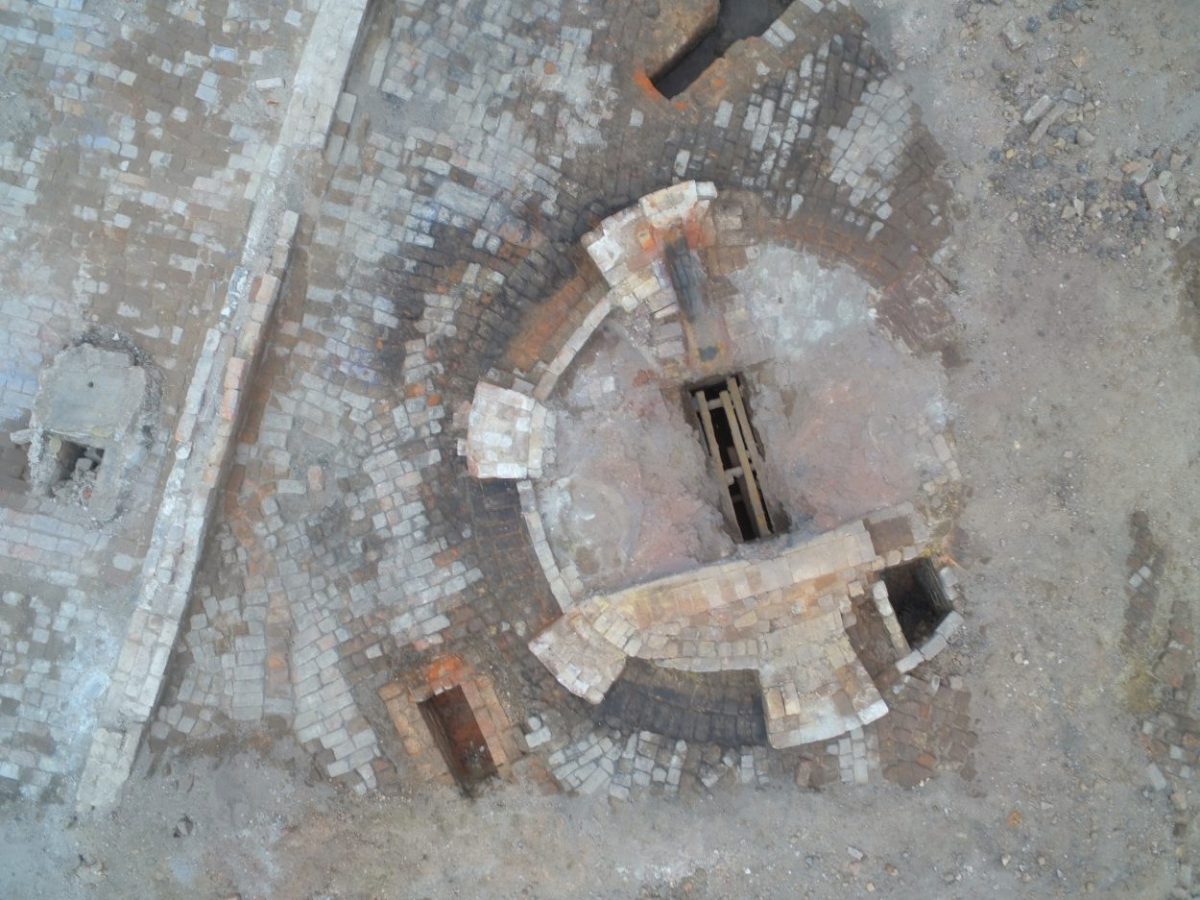 Insights into the Wirral’s industrial past have been unearthed at Peel L&P’s Wirral Waters, with the remains of various alkali, iron, lead and copper works being among the early industrial operations discovered.

The Northbank development, which will eventually be the site of mixed residential properties, has been the subject of an archaeological investigation by the Centre for Applied Archaeology from the University of Salford.

Peel L&P, working with the archaeological investigation team sought to ‘strip, map and record’ any evidence of previous developments that may be of historical interest.

Evidence of early industrial developments that were discovered include:

-The foundational remains of The Seacombe Smalt Works which were established in the early 19th century to produce smalt (an inorganic pigment), which was at the time an important pigment used in European oil painting.
-The remains of an iron, lead and copper works which had been established during the 1820s. Following its initial use to produce lead, the works were then acquired by John Bibby & Co to produce copper. Products offered included copper-plated hulls for wooden ships.
-An alkali works which had been established during the early to mid-19th century.

Commenting on the findings of the archaeological investigation, Richard Mawdsley, Director of Development at Wirral Waters at Peel L&P, said: “The Wirral has a strong industrial heritage; a heritage which we have seen first-hand thanks to the findings of this archaeological investigation. Wirral Waters in collaboration with our partners SoilFix are committed to documenting and recording this heritage so that it may inform some of the research objectives outlined in the current North West Regional Research Framework for historians and archaeologists.”

“At Peel L&P we recognise how important it is for history to be recorded and captured for future generations. We take our role as the custodian of our developments very seriously, which is why we always take an informed, considered and deliberate approach to recording the history of the places in which our developments are located. We look forward to sharing much more of the history of Wirral Waters and its surroundings.”

Ian Miller, Assistant Director at the Centre for Applied Archaeology and Project Manager for the archaeological investigation, commented:

“This has been a hugely important opportunity to investigate the immensely rich heritage of the Birkenhead waterfront. The excavation of the smalt works, in particular, has proven to be one of the most exciting projects that I have been involved with for many years.”

“The finer details of the smalt manufacturing process in the 19th century is largely undocumented and very poorly understood, despite the importance of the commodity to the pottery industry. The Seacombe Works is the only example of a smalt works that has ever been subject to a comprehensive archaeological investigation. Extensive and well-preserved foundations of the works were uncovered, including a glass-melting furnace, allowing us to finally understand how smalt was made.”

“A lot of analytical work will need to be carried out on the samples that have been taken from the excavation but, once completed, this will undoubtedly be hailed as one of the most important investigations of a historic industrial site in Merseyside in recent times. I’m immensely grateful to Peel L&P and SoilFix for facilitating this important and unique excavation.”

The results of the archaeological investigation will now form the basis of a full archive, collating and indexing all of the data and material gathered during the course of the project, and will culminate in a published article in appropriate academic journals.