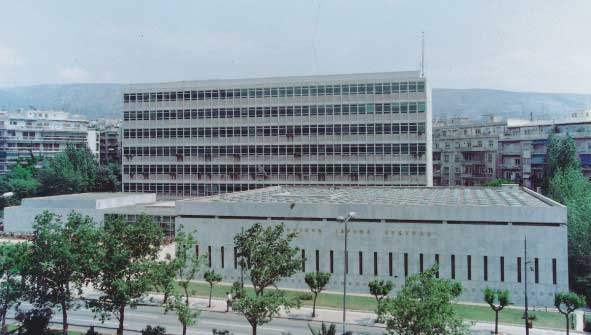 James D. Muhly, Professor Emeritus of Ancient Near Eastern History and Archaeology, Department of Near Eastern Languages and Literatures / University of Pennsylvania, Former Director of the American School of Classical Studies at Athens, will give a lecture on Eastern Mediterranean metallurgy in the Final Neolithic/Late Chalcolithic, at the National Hellenic Research Foundation.

For many years we have argued that the sudden development of metallurgical technology, the famous metallurgischer Schock, came in the EB II period, ca. 2600-2300 BCE. This was the thesis argued by Colin Renfrew in his very influential 1972 book on The Emergence of Civilisation. We now realize than many of these developments had already taken place a thousand years earlier, in the middle and late 4th millennium BCE.

This new understanding has been made possible by new discoveries, the re-study of old material and especially the impact of calibrated radiocarbon dates. What is most remarkable is the rapid spread of this new technology, from Montenegro on the Adriatic coast (site of Mala Gruda) to central Iran (Tepe Sialk III and Arisman) and extending north into Eastern Europe and Central Asia where it is documented in the famous Maikop Culture, formerly regarded as contemporary with Troy II. The search for sources of metal, especially copper, tin and silver, was crucial to this expansion. The first use of metal in Crete has long been seen as a phenomenon of the EM II period. Now we can document the existence of a sophisticated polymetallic technology already in the latter part of the 4th millennium BCE, the Final Neolithic period, especially in Eastern Crete.

The remarkable collection of metal artifacts from the EM I cemetery of Haghia Photia, in copper alloy, silver and lead, represents our best evidence for the extensive use of this new technology. Crete can now be seen as an integral part of the new international world of the late 4th millennium BCE, even including the use of the new copper-silver alloy, best documented at the contemporary site of Arslantepe, in southeastern Turkey.