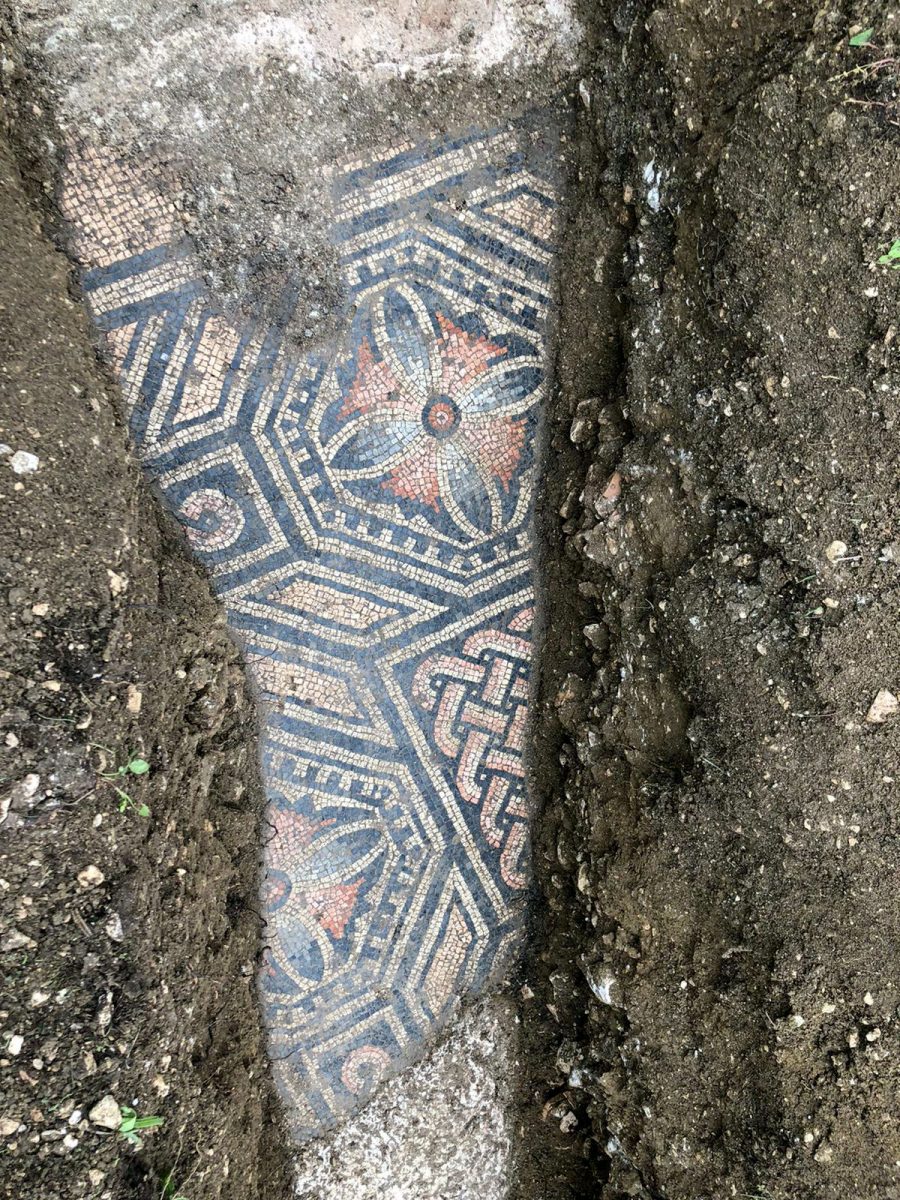 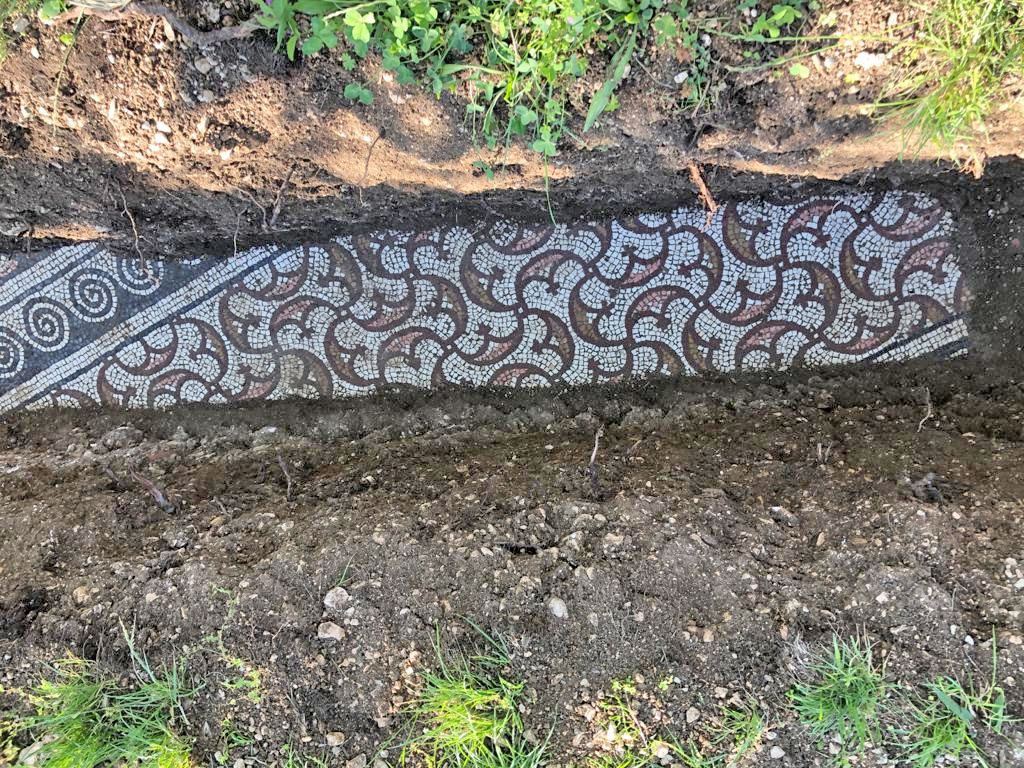 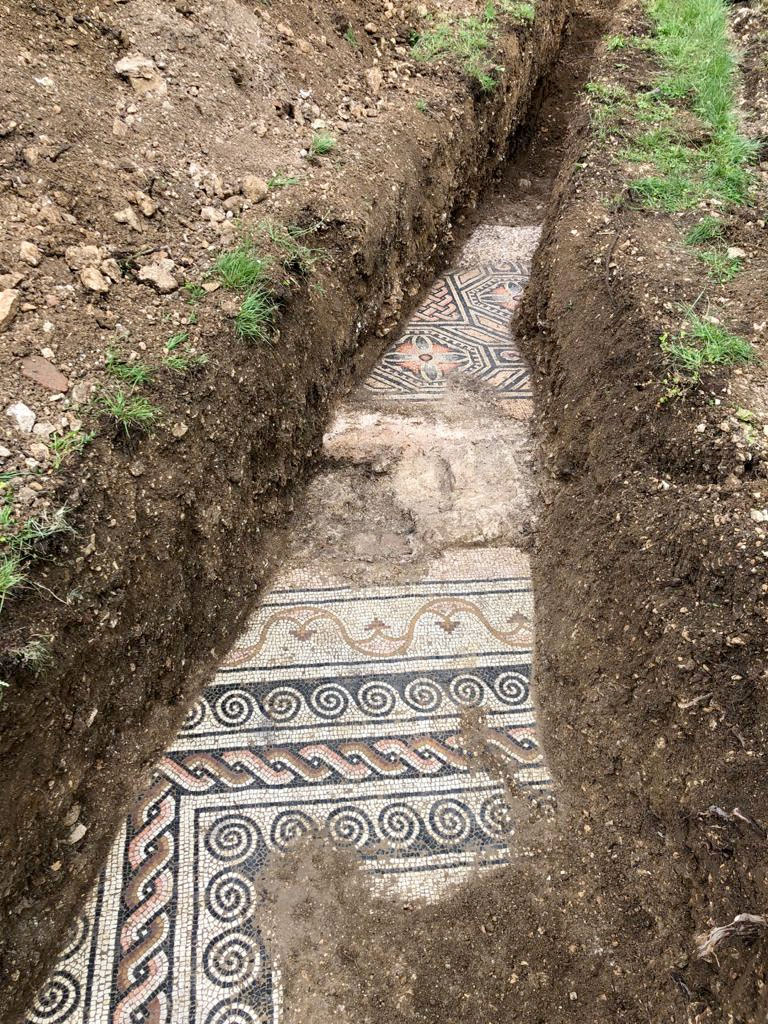 At Negrar di Valpolicella near Verona

Archaeological excavations in vineyards in northern Italy have revealed Roman mosaics of superb technique. The mosaics were probably the structural components of a villa searched for a century by archaeologists, announced the mayor of Negrar di Valpolicella, near Verona.

Luxurious mosaics in bright colours and with geometric patterns, only a part of which has been unearthed, may belong to a 3rd century Roman villa that had been pointed out by archaeological reports since 1922.

“The sight of these mosaics is very impressive, mainly because of their quality and how well their colors have been preserved,” Mayor Roberto Grison told AFP news.

Locals of this famous wine-producing region, where Valpolicella an excellent red wine is grown and produced, have known for years that some Roman remains are buried at the site, mainly because of the first trial trenching dating back a century. The mosaics, located in a place called Villa, are, however, the excavation’s first major find.

Gianni de Zuccato, the official in charge of archaeology in Verona province, says he felt like he was “being transported in a time machine” when he first saw the mosaics with their harmonious geometric patterns in tones of red, gray, white and brown.

“It was an unbelievable sensation. I have to admit that I couldn’t stay cool,” said the archaeologist who dates the mosaics to 250-400 AD.

“I felt like a small child going back in time, recreating that era in his imagination, the people who lived there, in this hidden villa which  is thought to cover an  area of 300 square metres,” he said.

“But there are other parts we’ve discovered, service areas, there might be around 1,000 square metres of buildings, on top of which there’s the green area, the garden,” he said.

The municipality of Negrar di Valpolicella now dreams of bringing the ruins of the villa to light as best it can, knowing that this colossal operation will require significant funds and will take a long time.