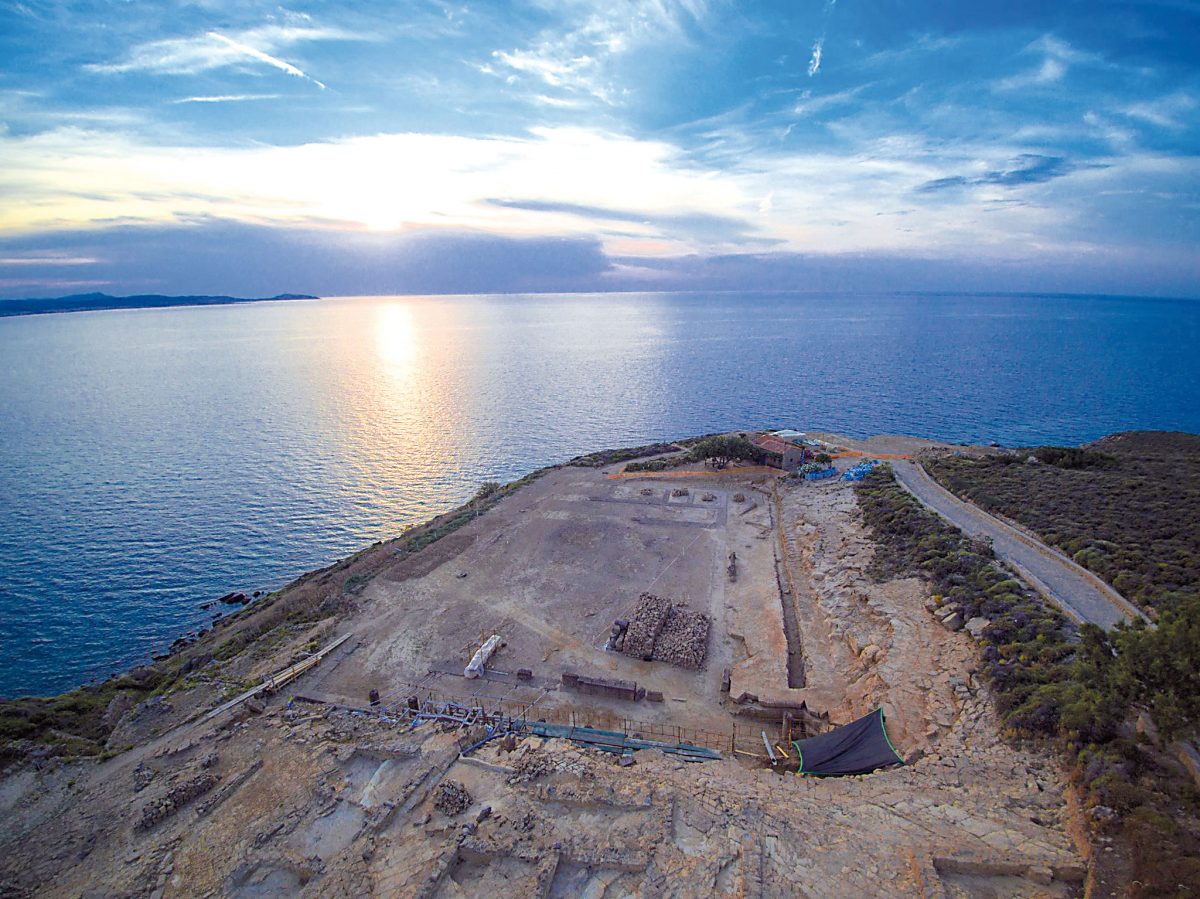 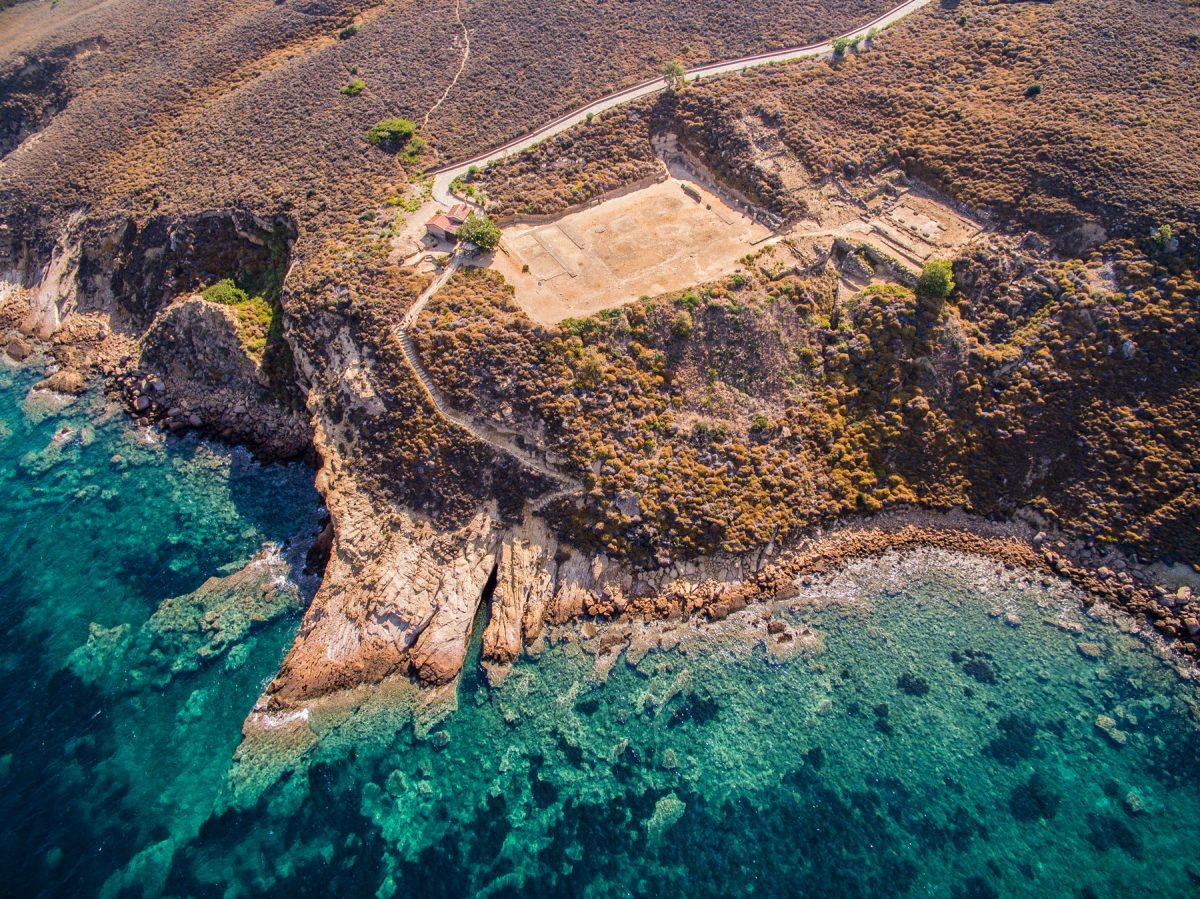 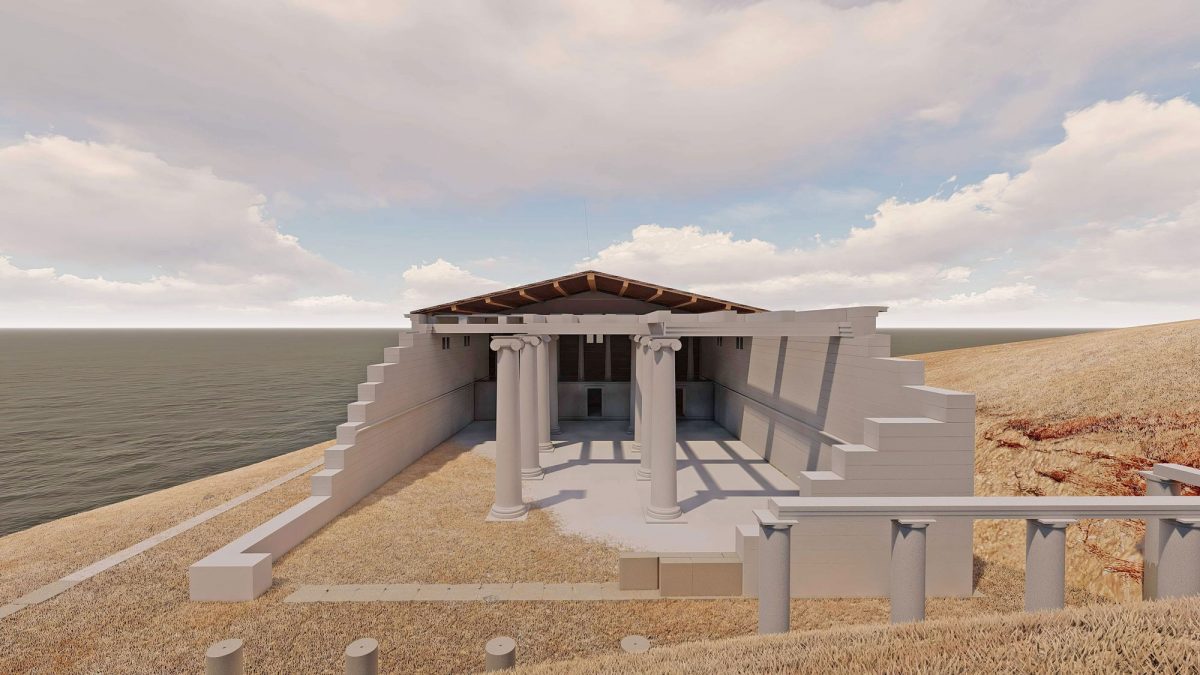 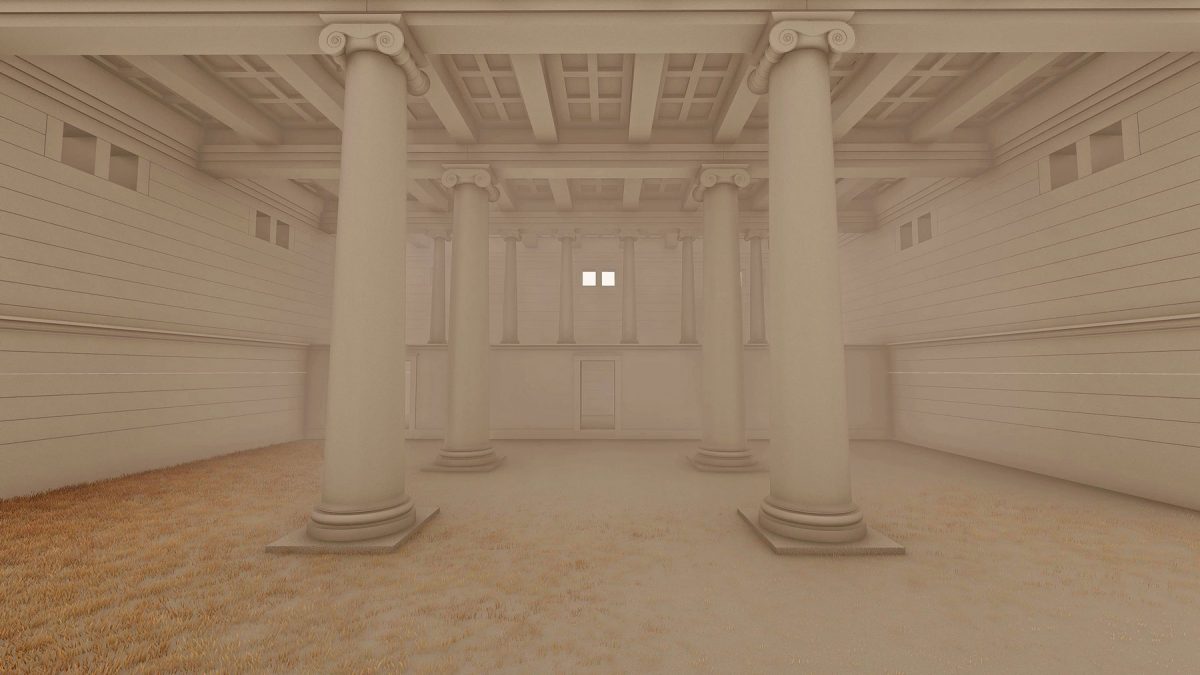 The Kaveirio sanctuary and the Lemnian cult of the Kaveiroi

On the peninsula of Chloe

Τhe sanctuary of the Kaveiroi was probably founded in the late 8th and early 7th c. BC on the steep Lemnian peninsula of Chloe, north of the Pournias bay and in the region outside the walls of the ancient city of Hephaestia. it was dedicated to the Kaveiroi, the demons of fire and metallurgy, fertility, wine and the sea. Their mother was Kaveiro goddess of Lemnos and Hephaestus their father, supreme god of Lemnos and patron of fire and metals. As head of the Ephorate of Antiquities of Lesvos Pavlos Triantaphyllides explains, “Chloe’s tranquil nature and serene landscape within sight  both of Samothrace and the patron city of Hephaistia , seems to have offered the most ideal surroundings for practicing a worship related to the rebirth of nature and humans”.

Regarding the sanctuary of the Kaveiroi on the Chloe peninsula, the extensive excavations of the Italian Archaeological School at Athens during the 1930s, 1980s and 1990s brought to light the sacred buildings of the Lemnian Kaveirio. “Unfortunately, the stone plundering of late antiquity and modern times, the intense geological phenomena of erosion and landslides of the steep slopes towards the sea, including the strong earthquakes in antiquity, seem to have been the main reason for the current, poor state of the architectural remains preserved at foundation level or traces of them visible on the natural rock, mainly in the area of the Hellenistic Telesterion(Initiation Hall)” says Mr. Triantaphyllides and continues : “Moreover, many of the architectural members and ruins are scattered today on the steep slopes with the dense bushy vegetation of the two embankments or inside the bay of Chloe.”

” The new infrastructure of the most important archaeological site of Lemnos now allows visitors to the sanctuary of the Kaveiroi to be transported in their mind’s eye to a world of supreme peace, where the initiates were led to the absolute knowledge of purification and rejuvenation; a secret purification that did not however create secret societies, restrictions and dogmas, but instead generously offered the individual the possibility of personal choice towards liberation and freedom “, says Mr. Triantaphyllides.