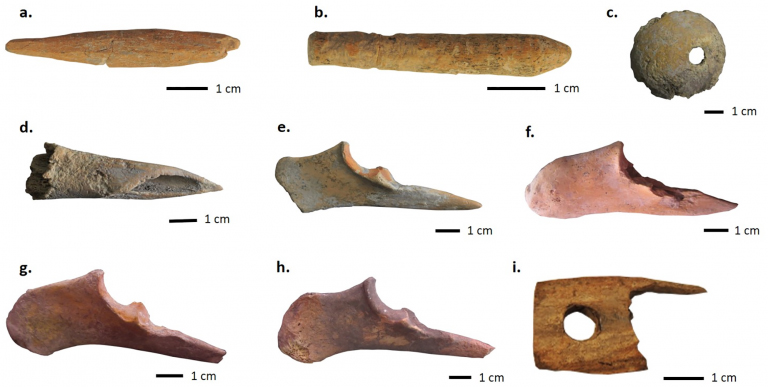 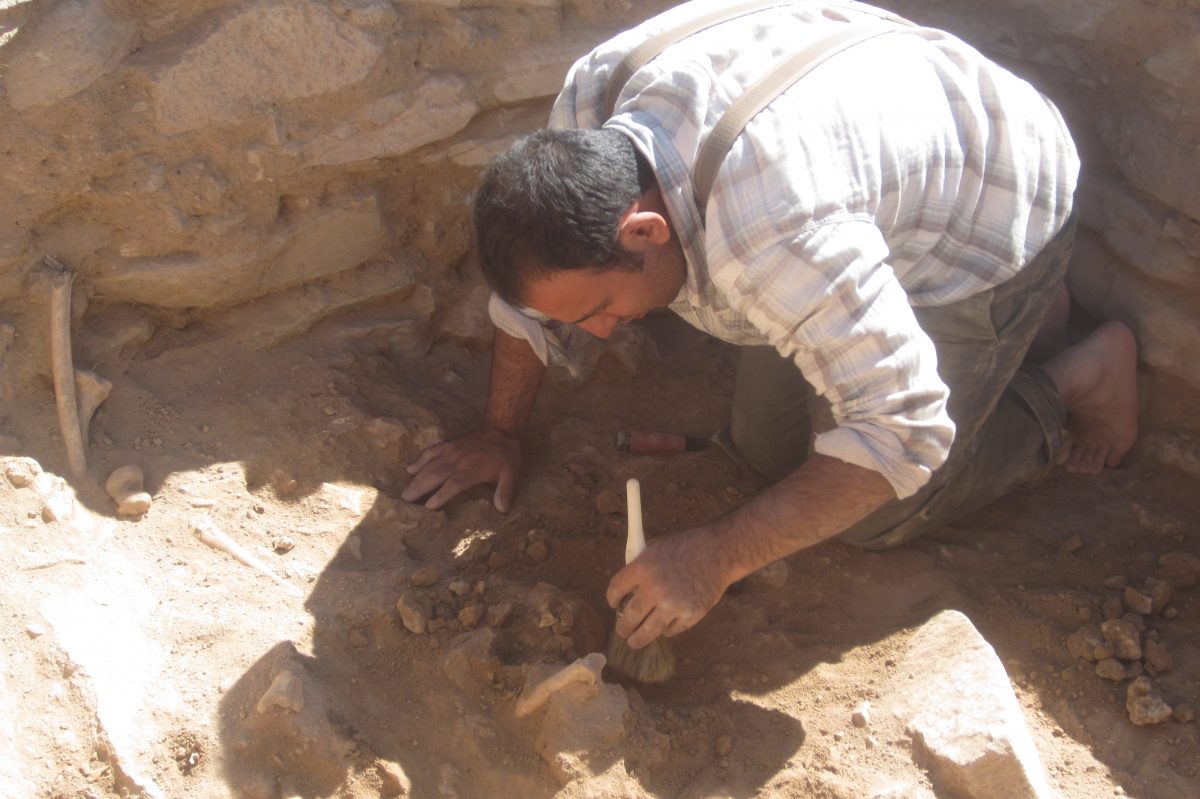 The findings were published recently in PLOS ONE

The part of the Middle East where the Tigris and Euphrates rivers flow, known in ancient times as Mesopotamia, is often called the cradle of civilization. Today the region corresponds to what is now Kuwait, the eastern parts of Syria, southeastern Turkey, and regions along the Turkish–Syrian and Iran–Iraq borders.

While completing his postdoctoral work as a Fellow in the UConn Humanities Institute, Siavash Samei ’19 PhD (CLAS), a zooarchaeologist, studied the remains of animals from archaeological sites near the northwest border of Iran known as Köhne Shahar, which is part of the historic Kura-Araxes cultural settlement, where animal bone and antlers were used to make tools.

Conducting research with his colleague Karim Alizadeh, an anthropological archaeologist from Grand Valley State in Michigan, Samei says he discovered a more sophisticated level of manufacturing than previously known from an Early Bronze Age culture, the period from about 3500 BCE to 2200 BCE. The findings were published recently in PLOS One, an open access scientific journal published by the Public Library of Science.

“One of the fascinating things we found was the wide range of bone tools and antler tools that locals were actually forming and shaping,” Samei says. “They were manufacturing beads, they were engaging in metallurgy, they’re making pottery and the type of data that we’re recovering suggests that they’re mostly making small, probably ornamental objects, and then they’re probably exporting them to other places around in the region.”

The research focused on one of largest archaeological sites from the Early Bronze Age, a time when cities and states were growing, social orders were changing, and the manufacturing of goods and regional economic trade began, including textiles and objects made of animal horn. The sites covered a 15-hectare settlement, an area of approximately 37.5 acres, with three parts — a fortified, densely occupied settlement, an outer town more sparsely occupied, and a main town with a fortified wall. The on-site research was done under the supervision of Natalie Munro, professor of anthropology and interim head of the UConn Department of Anthropology who also served as Samei’s doctoral advisor.

Samei says the site contains evidence of an economic system that is an early demonstration of what today is a manufacturing supply chain. There also is evidence of specialized divisions of labor, i.e. certain people specializing in certain tasks.

“Some are craft producers, some are farmers, some are herders, others are bureaucrats,” he says. “At the same time, we get the first evidence of very organized, well-managed, long-distance exchange networks. These very elaborate networks of long-distance exchange and trade in the Bronze Age is, in a way, the beginning of the age of globalization that is the forerunner of today’s modern world, where everything affects everything else.”

The presence of animal bones suggests that the society was not a simple one, because people were specializing in very specific tasks. The settlement has neighborhoods, and in one of the neighborhoods textiles were made using antler tools. There were both worked and unworked pieces of soapstone used to create small beads. Also present were large deposits of cow horn crafted into objects, evidenced by cut marks around the base of the horns.

“There’s no evidence of social stratification and the socioeconomic classes, the 1% and the 99%, like we see in cities,” Samei says. “What we do see is a very elaborate, very sophisticated and complex system of specialization in the production of certain objects. Then they trade them with one another and they exchange them. This kind of elaborate system requires careful management. We believe that they’re, in fact, taking whatever they are producing and trading them and exchanging them with other people and other settlements in the Middle East that also requires management and maintenance.”

He says there is much more to learn about underrepresented voices by continuing to study early civilizations, adding that this kind of study is part of a broader movement in archeology.

“The story that we write about our past is not just defined by the rise of cities or states or civilizations. There are voices that are under-represented or ignored altogether,” Samei says. “What they did was part of the bigger story. The crafts made by these people and traded made possible cultural developments in other regions and time periods. Their contribution is just as important to the story of humanity as a contribution of the earliest cities and states.”

After completing his post-doctoral work at UConn at the end of June, Samei will head this fall to The College of Wooster in Ohio to become a visiting assistant professor in the Department of Sociology and Anthropology.