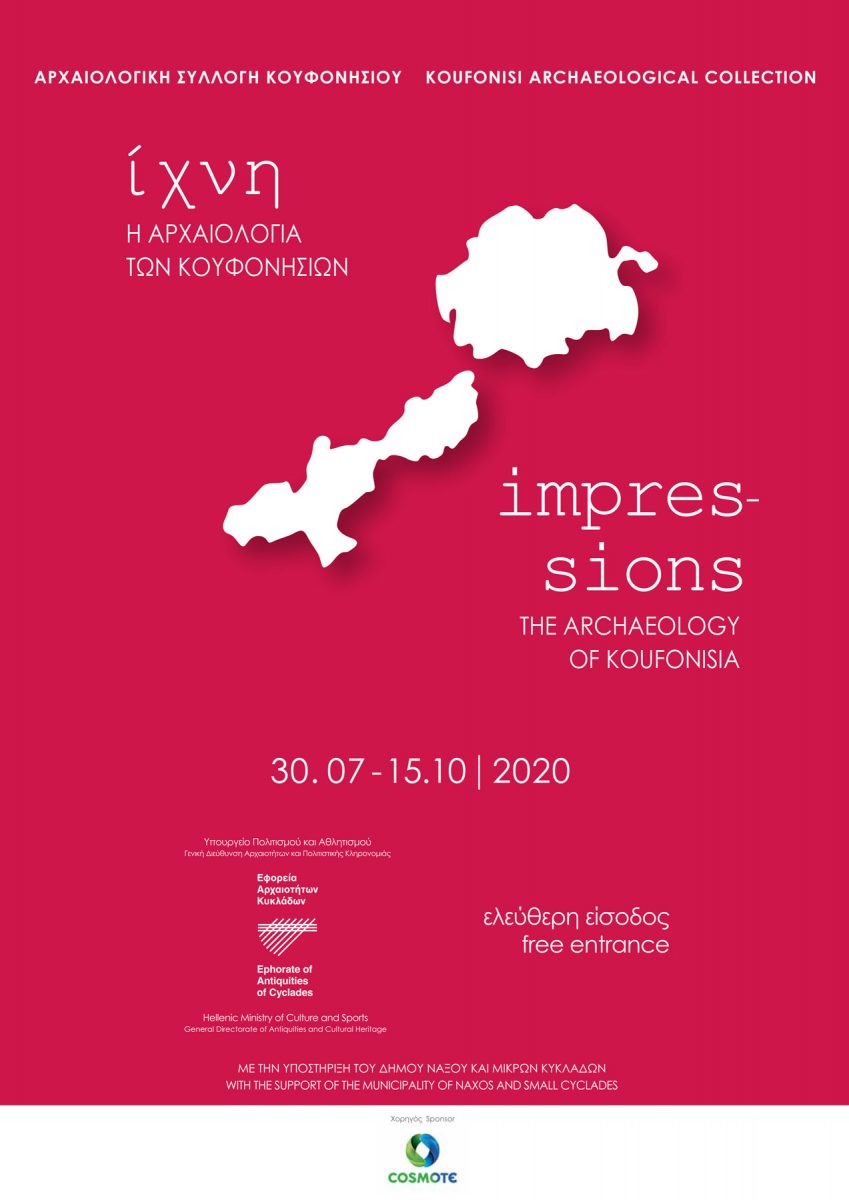 Traces: The archaeology of the Koufonisia

At the Archaeological Collection of Koufonisi

The Cyclades Ephorate of Antiquities is organizing  the temporary exhibition “Traces: The archaeology of Koufonisia” at the Archaeological Collection of Koufonisi. The exhibition seeks to reconstruct the archaeological landscape of the two islands of the Small Cyclades, Ano and Kato Koufonisi, displaying the results of excavations carried out since the 1960s.

The excavations on Koufonisia were started by Fotini Zafeiropoulou and continued in the following decades by archaeologists of the Archaeological Service active in the region. Their research  uncovered significant remnants of habitation from the early Bronze Age to Post-Byzantine times. They particularly demonstrated the importance of the islands during the Early Cycladic period (3rd millennium BC), emerging from excavations in settlements and cemeteries.

This data of the Koufonisia’s archaeological topography will be developed in the exhibition accompanied by impressive findings from the most important excavated sites. In addition, photographic and hand drawn documentation material will be presented, as well as short video projections with interviews from the excavators, which convey their experience and talk about the nature of their discoveries.

The introduction to this tour will be the history of the start of research on Keros, which began as a result of  extensive antiquity smuggling in the 1950s and 1960s. This research then became the cause for the excavations on the Koufonisia and aroused international scientific interest, which remains strong to this day.

The exhibition will be open to the public with free admission, in compliance with the measures for prevention and protection from COVID-19.

Both “Traces: The Archaeology of the Koufonisia” housed in the Archaeological Collection of Koufonisi, as well as last year’s temporary exhibition “View Opposite”, are supported by COSMOTE, contributing substantially to the promotion of the cultural heritage of the Small Cyclades.