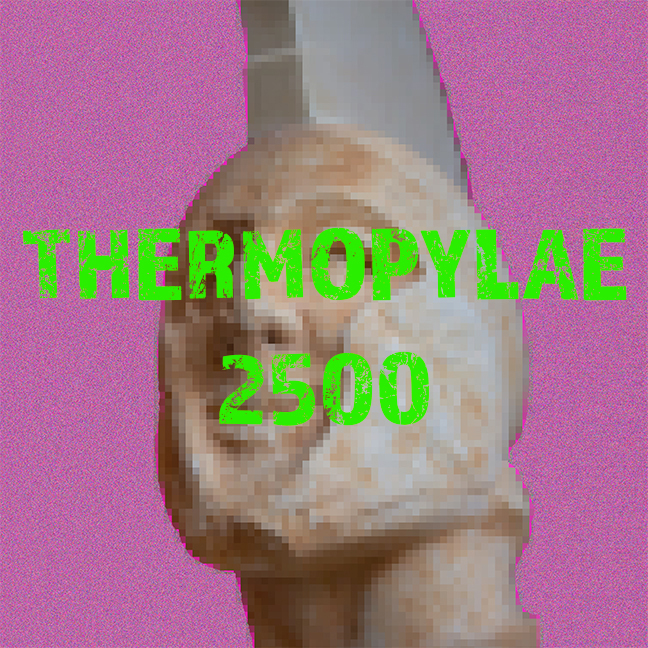 Submissions for the online conference Thermopylae 2500

The Hellenic Society welcomes submissions for the online conference Thermopylae 2500, to be held on the 21st November 2020.

2020 marks the 2,500th anniversary of the Battle of Thermopylae and the death of King Leonidas, an event that was memorialised in Sparta during the yearly Leonidea festival in Roman times. Now, it is celebrated with an issue of 735,000 commemorative €2 coins. Viewed as a heroic battle, the story of Thermopylae has inspired creative responses as varied as David’s Leonidas at Thermopylae (1814), Cavafy’s Thermopylae (1901), and Ubisoft’s Assassin’s Creed Odyssey (2018). There has always been a great deal of myth-making when it comes to Thermopylae.

Yet many of these myths are actively malicious, or have been appropriated for malicious ends. From the use of ‘MOLON LABE’ and Lambda-emblazoned shields by contemporary extremist groups, to the use of Sparta as a form of legitimisation for Nazi ideologies, we might ask, can or should the teaching of Thermopylae (covered by many core undergraduate modules) be separated from these issues? Representations of Thermopylae in art, literature, and modern media, and the appropriations of Thermopylae by extremist groups have all historically been underrepresented in studies of the reception of the Thermopylae and Leonidas. This conference seeks to mark the 2,500th anniversary of the Battle of Thermopylae by critiquing the cultural constructs of Thermopylae across a range of modern, historical, and ancient societies.

We invite contributions on the following suggested topics:

-The Reception of Thermopylae in the Ancient World

-Thermopylae and Revolution • The Image of Leonidas in the 21st Century

The aim of this call is to solicit a range of posters, written papers, and recorded presentations (or other formats, including creative responses) covering the above themes, to be selected by the scientific committee. These will then be archived on a website, where they will be available to be viewed prior to the conference. After the event, this will act as an open-access collection of contemporary responses to the reception of Thermopylae.

The conference itself will take place online and involve a series of roundtables concerning the themes and ideas explored in the submitted content, with each session being chaired by an expert in the field. This layout is meant to minimize the impact of Covid-19 on proceedings and increase the opportunity for meaningful discussion.

If you are interested in contributing, please submit a 250-word abstract (including a title and a note on the format your work would take) to [email protected] by end of day 02.10.20 BST. We particularly encourage submissions from those who have been historically underrepresented in the field of Classics.