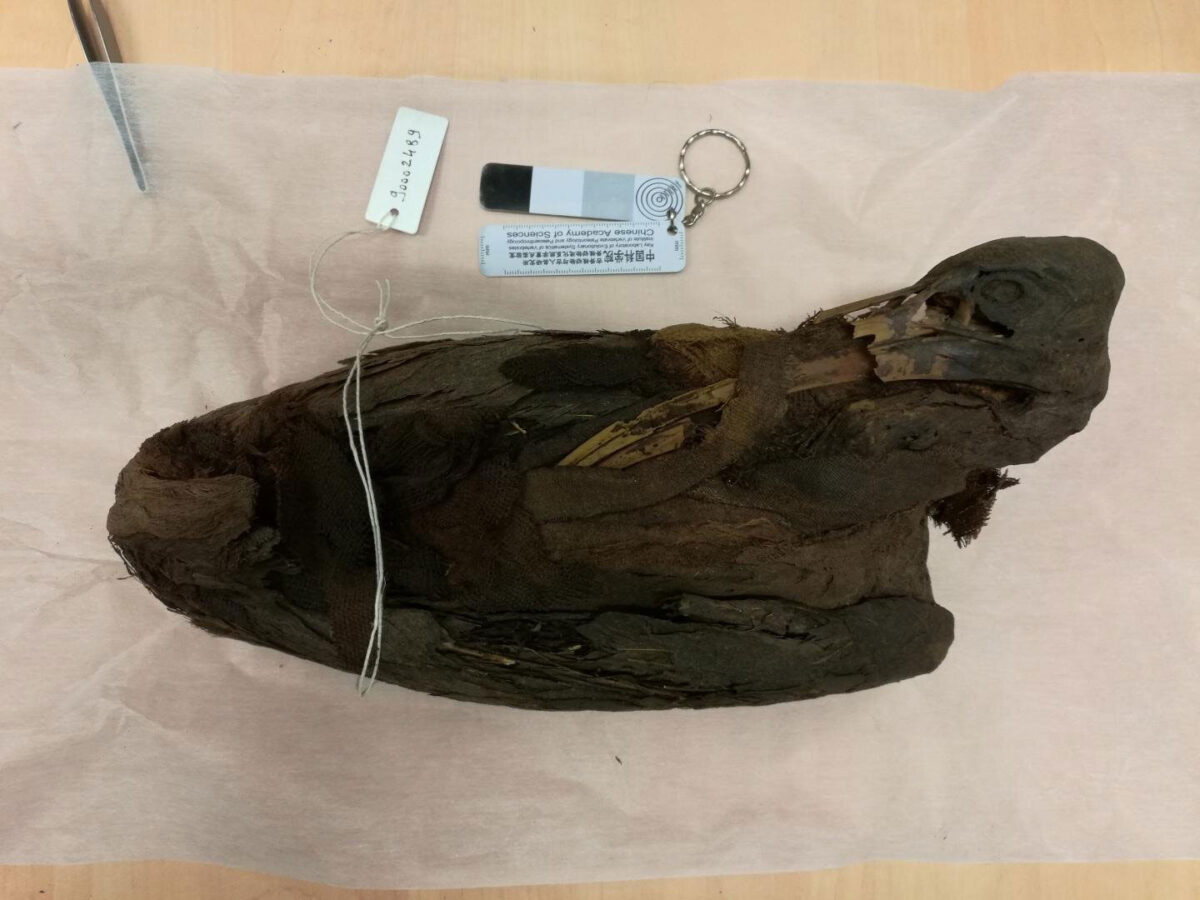 Wild birds as offerings to the Egyptian gods

Discovered in the necropolises of the Nile Valley

Millions of ibis and birds of prey mummies, sacrificed to the Egyptian gods Horus, Ra or Thoth, have been discovered in the necropolises of the Nile Valley.

Such a quantity of mummified birds raises the question of their origin: were they bred, like cats, or were they hunted? Scientists from the CNRS, the Université Claude Bernard Lyon 1 and the C2RMF (1) have carried out extensive geochemical analyses on mummies from the Musée des Confluences, Lyon. According to their results, published on 22nd September 2020 in the journal Scientific Reports, they were wild birds.

Mammals, reptiles, birds: the tens of millions of animal mummies deposited as offerings in the necropolises of the Nile Valley bear witness to an intense religious fervour, and to the practices of collecting and preparing animals that undoubtedly contributed significantly to the economy from the Old Kingdom (3rd millennium BC) to Roman Egypt (1st-3rd centuries AD). However, the origin of these animals and the methods of supply remain unknown. For some tamed species, such as the cat, breeding was probably the most efficient way of supplying large numbers of animals for mummification. But unlike cats, bird mummies cover all stages of development, from egg to adult, which may indicate more opportunistic sourcing practices.

In order to determine the origin — breeding or hunting — of the mummified birds, tiny fragments of feathers, bones and embalming strips were taken from 20 ibis and birds of prey mummies from the collections of the Musée des Confluences, Lyon. If these birds, which migrate in the wild, had been bred, their diet would have been homogeneous, of local origin and reflected in the uniform isotopic composition (2) of the animal remains, regardless as to whether that diet had been produced specifically or derived from that of coexisting humans.

The various tissues were therefore dated using the carbon-14 method; and the isotopic compositions of oxygen, carbon, nitrogen, sulfur and strontium were measured, interpreted in terms of food sources and compared with those of contemporaneous human mummies. However, far from being homogeneous, these isotopic compositions showed a high variability and “exotic” signatures compared to those of ancient Egyptian humans: the birds were wild, migrating seasonally out of the Nile Valley.

These results, combined with that of a genetic study carried out by another team (3), suggest the mass hunting and capture of birds as documented on certain tomb frescoes (for example on the wall of Nakht’s tomb in the Theban Necropolis). Indeed, the Egyptians probably exerted a significant ecological pressure on wild bird populations long before the decline in avifauna observed today.