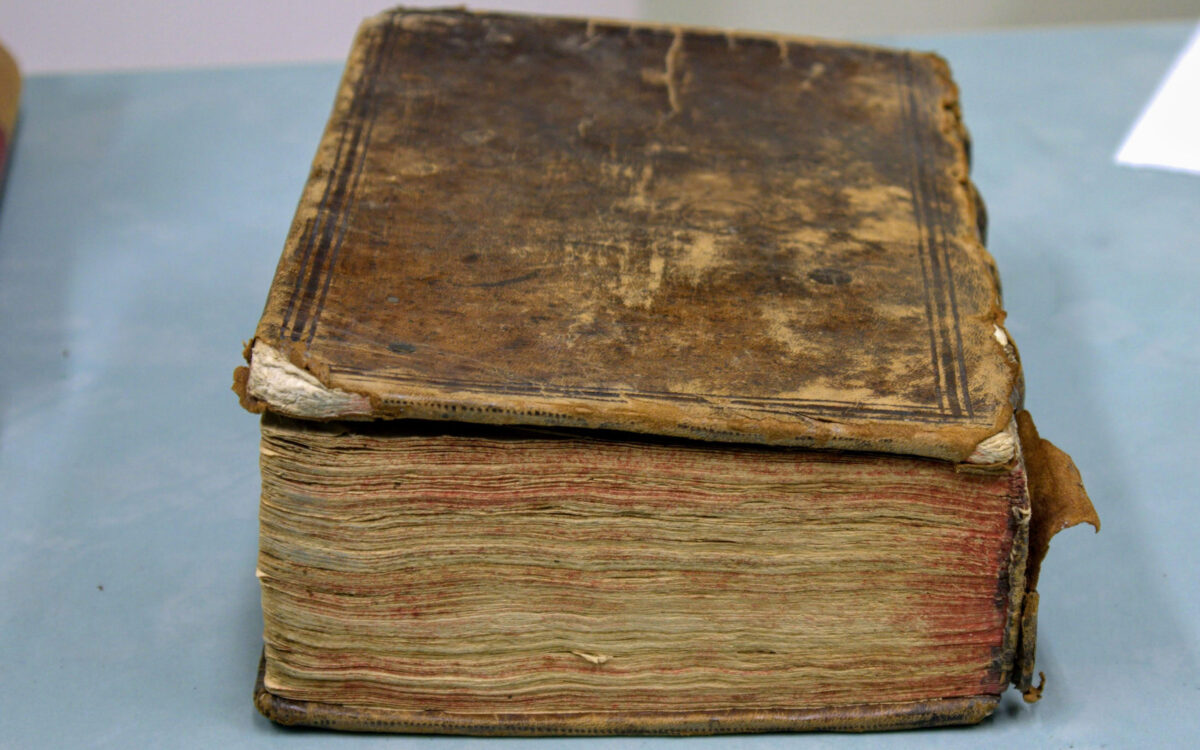 While working on research on eighteenth-century economic and social thought at the Royal Scots College of Salamanca, John Stone, who teaches at the UB’s Faculty of Philology and Communication, found an unexpected volume among the old books: he found what appeared to be the first William Shakespeare play to reach Spain. This is a 1634 edition of the tragicomedy The Two Noble Kinsmen, written together with John Fletcher, which is thought to be the Shakespeare’s last work.

The play was included in a volume made up of several English plays printed from 1630 to 1635. “It is likely that these plays arrived as part of some student’s personal library or as at the request of the rector of the Royal Scots College, Hugh Semple, who was friends with Lope de Vega and had more plays in his personal library”, notes Stone. As stated in an article published by Stone in Notes and Queries, it is likely that these plays were acquired around 1635 by an English or Scottish traveller who might have wanted to take these plays – all London editions – with him to Madrid.

Collections of English books in Spain in the 17th and 18th centuries were rare, and English plays were exceptional. In fact, the Spanish union catalogue of pre-1900 imprints (Catálogo colectivo del patrimonio bibliográfico español) does not list any copy of an English play printed before 1720. The only volume that could compete with Stone’s finding as the first work by Shakespeare in Spain is a volume first found in the Royal English College of Saint Alban in Valladolid, which is now in the Folger Shakespeare Library in Washington. However, several scholars date the arrival of this copy in Valladolid, Spain, between 1641 and 1651. Therefore, if the work found by Stone arrived in Spain before 1640, it would clearly be the first Shakespearean work to have circulated in this country.

Apart from the volume containing The Two Noble Kinsmen, Stone found in Salamanca another volume of English plays from the same period. If we put these volumes together, there is a total of nineteen plays that would have reached the first historical premises of the Royal Scots College, in Madrid, before 1654. “By the 1630s English plays were increasingly associated with elite culture, and Rector Semple, due to his political ambitions, wanted to stay in touch with the cultural life of London”, notes Stone to provide the finding with some context.

The UB researcher notes that the plays he found prove the importance of studying the library of the Royal Scots College and its collection of English works, in literature and other fields. Stone’s current research does not focus on literary works in the Royal Scots College collection, but rather on the early reception of Adam Smith’s thought in Spain. He was looking for reviews of the The Wealth of Nations, which features some chapters that were translated into Spanish by a rector of the Royal Scots College, John Geddes. The Shakespeare play was found by chance when Stone was doing research on this topic.