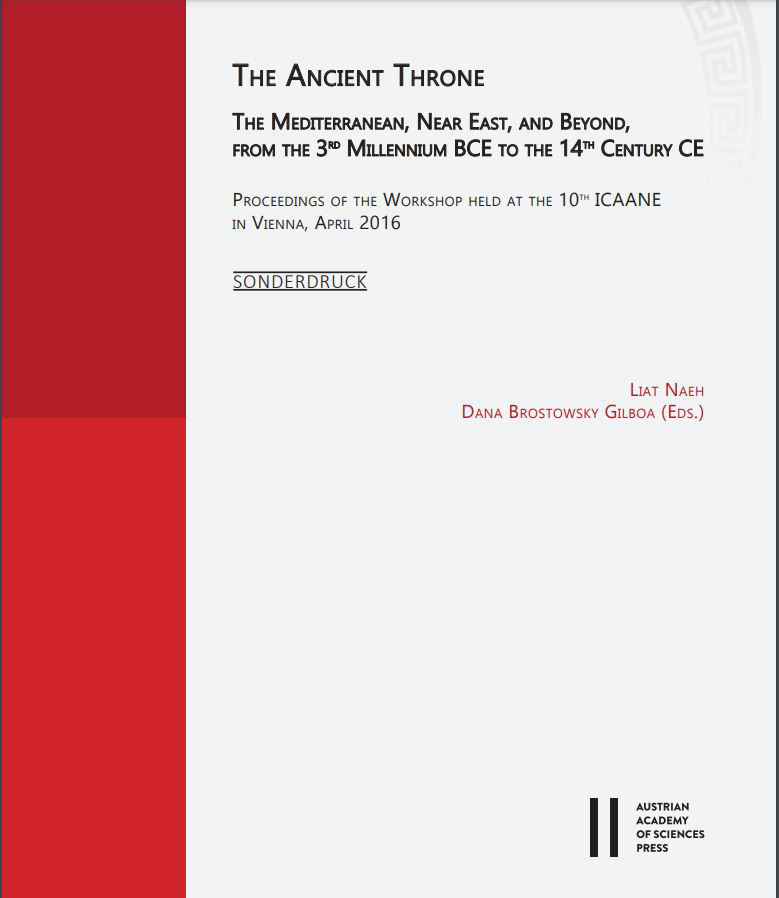 The Ancient Throne: The Mediterranean, Near East, and Beyond

Naeh and D. Brostowsky Gilboa (eds.), The Ancient Throne: The Mediterranean, Near East, and Beyond, from the 3rd Millennium BCE to the 14th Century CE. Proceedings of the Workshop held at the 10th ICAANE in Vienna, April 2016 (International Series OREA, 14), Austrian Academy of Sciences Press, Vienna 2020.

The volume features studies focusing on specific thrones known from historical texts, artistic depictions, or excavations, or that offer an overview of the role of thrones from as early as ancient Mesopotamia in the 3rd millennium BCE to as late as Iran and China in the 14th century CE. Its diverse articles all present thrones as a meaningful category of material culture, one that may inspire both inter-cultural and intra-cultural insights on how types of chairs may embody or induce notions of kingship and a range of concepts pertaining to the religious, ideological, and social spheres.

Preface by the Series Editor

Liat Naeh: In the Presence of the Ancient Throne: An Introduction

Christina Ruth Johnson: To Sit in Splendour: The Ivory Throne as an Agent of Identity in Tomb 79 from Salamis, Cyprus

Yael Young: Throne Among the Gods: A Short Study of the Throne in Archaic Greek Iconography

Aaron Koller: Thrones and Crowns: On the Regalia of the West Semitic Monarchy

Allegra Iafrate: Solomon as Kosmokratōr and the Fashioning of his Mechanical Throne from a Comparative Perspective

For a past public lecture on a questionable interpretation of a stone block from Mycenae as the throne of Agamemnon, see here.

For more information by the Austrian Academy of Sciences here.