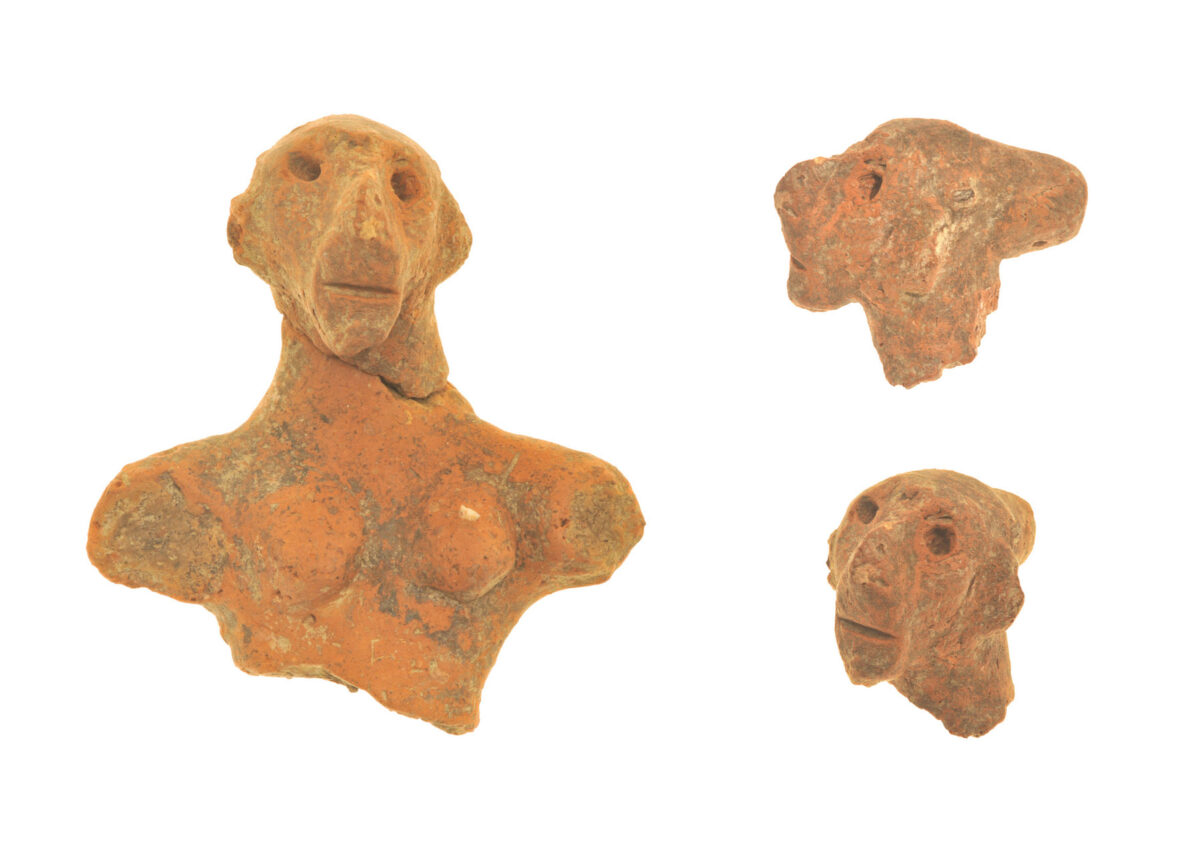 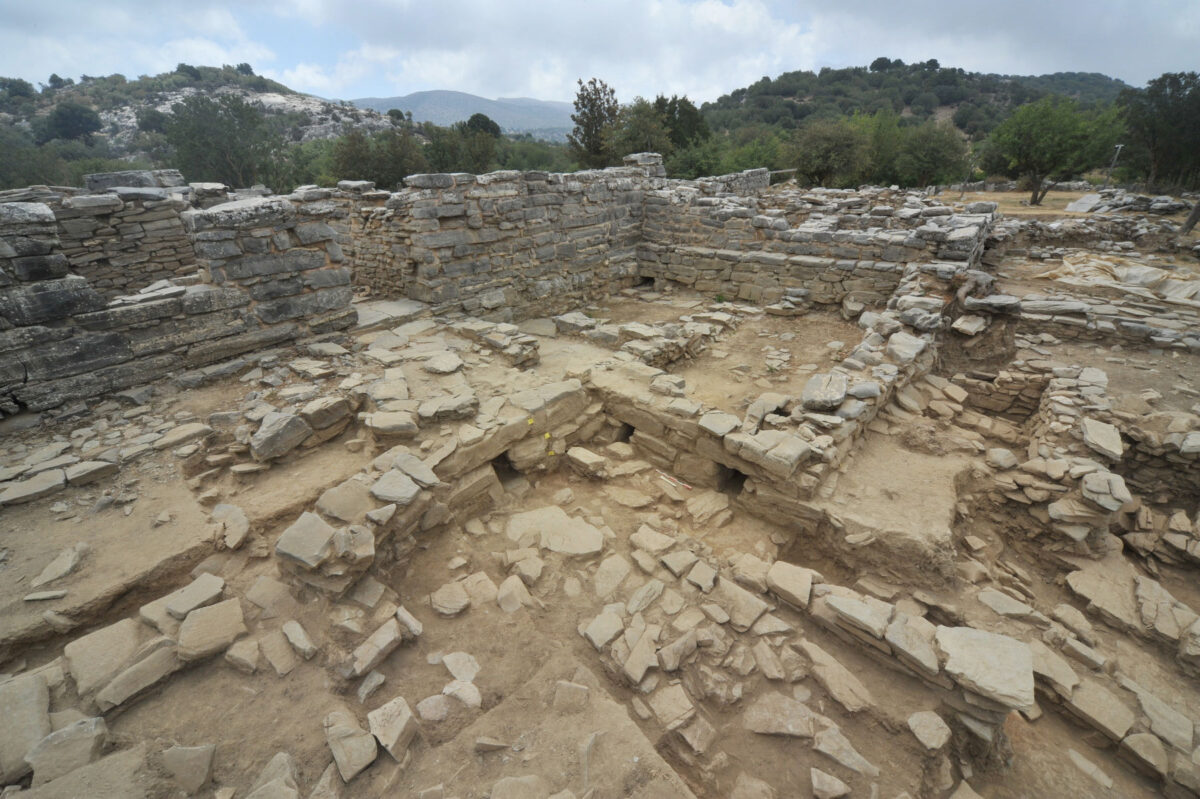 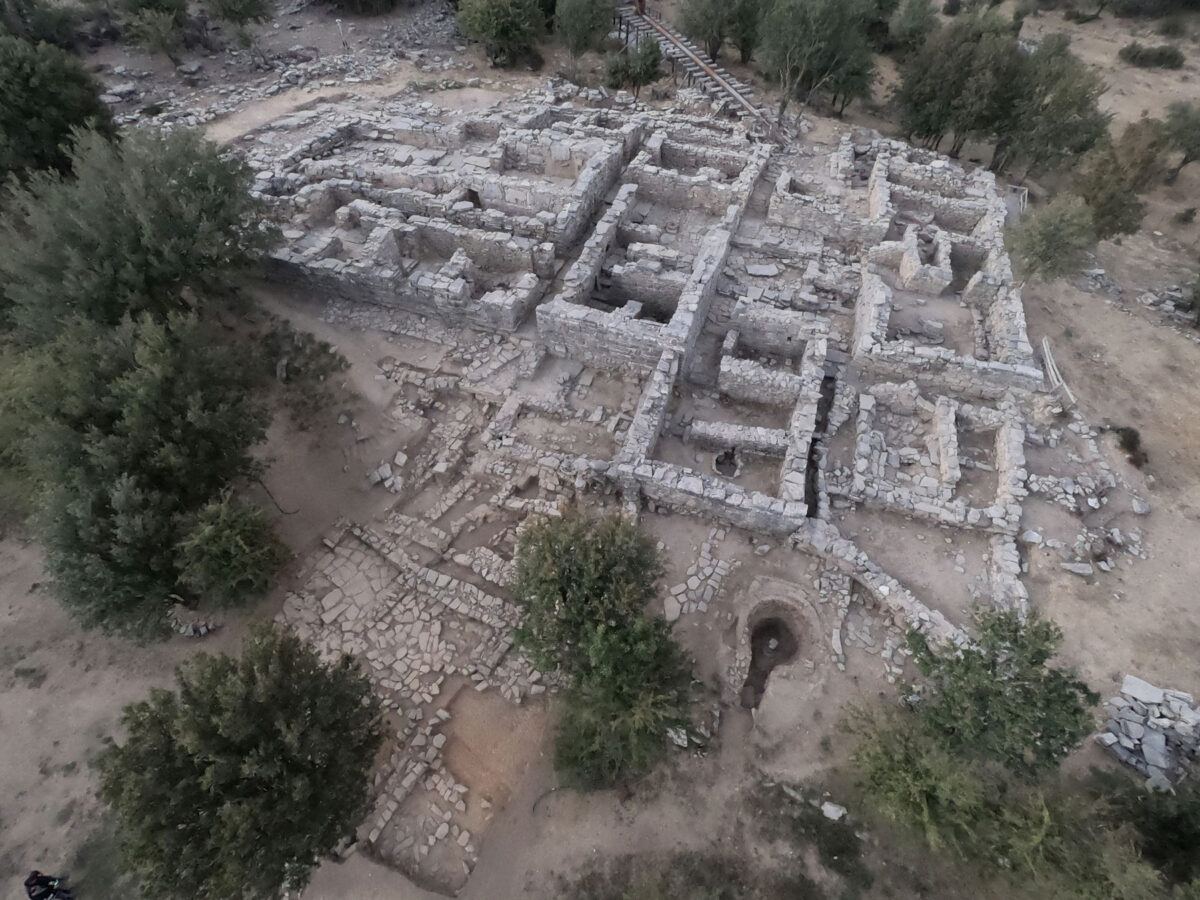 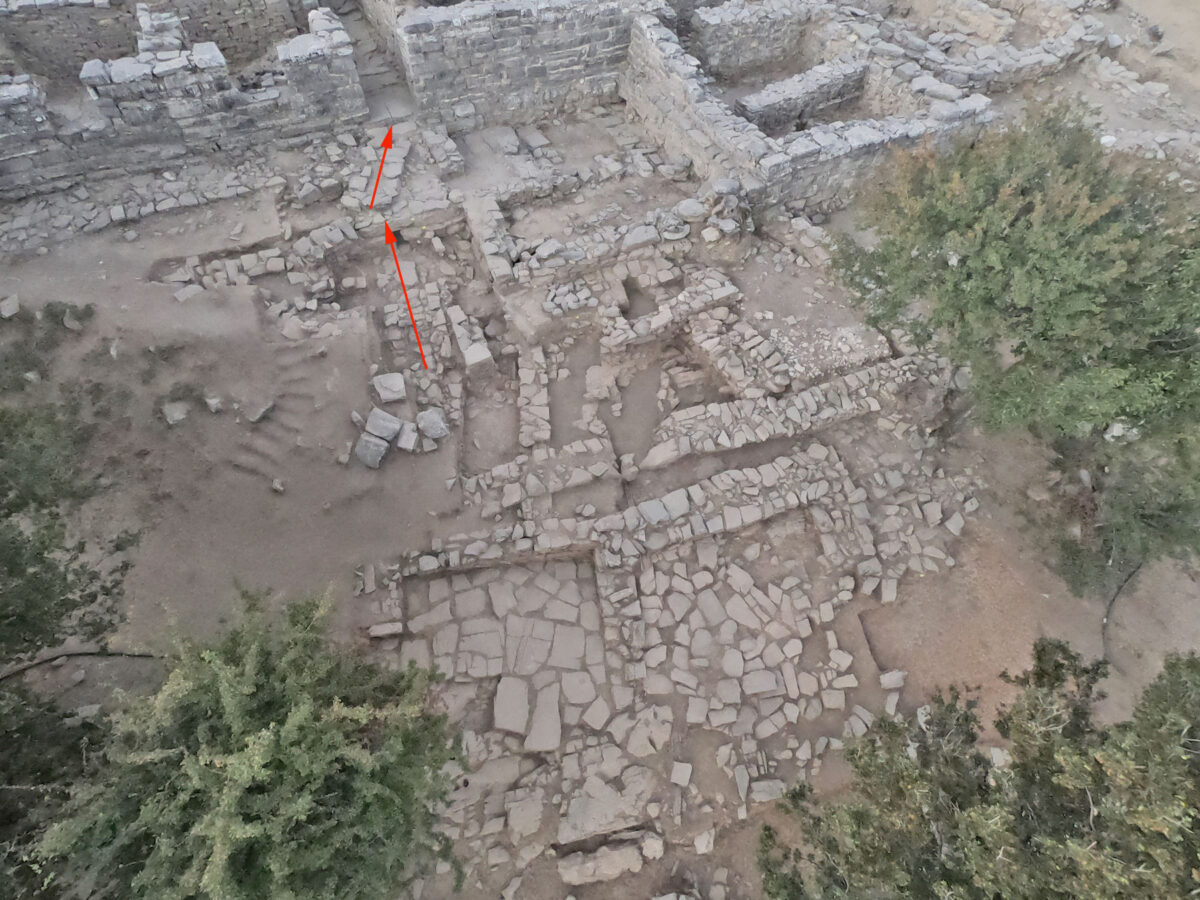 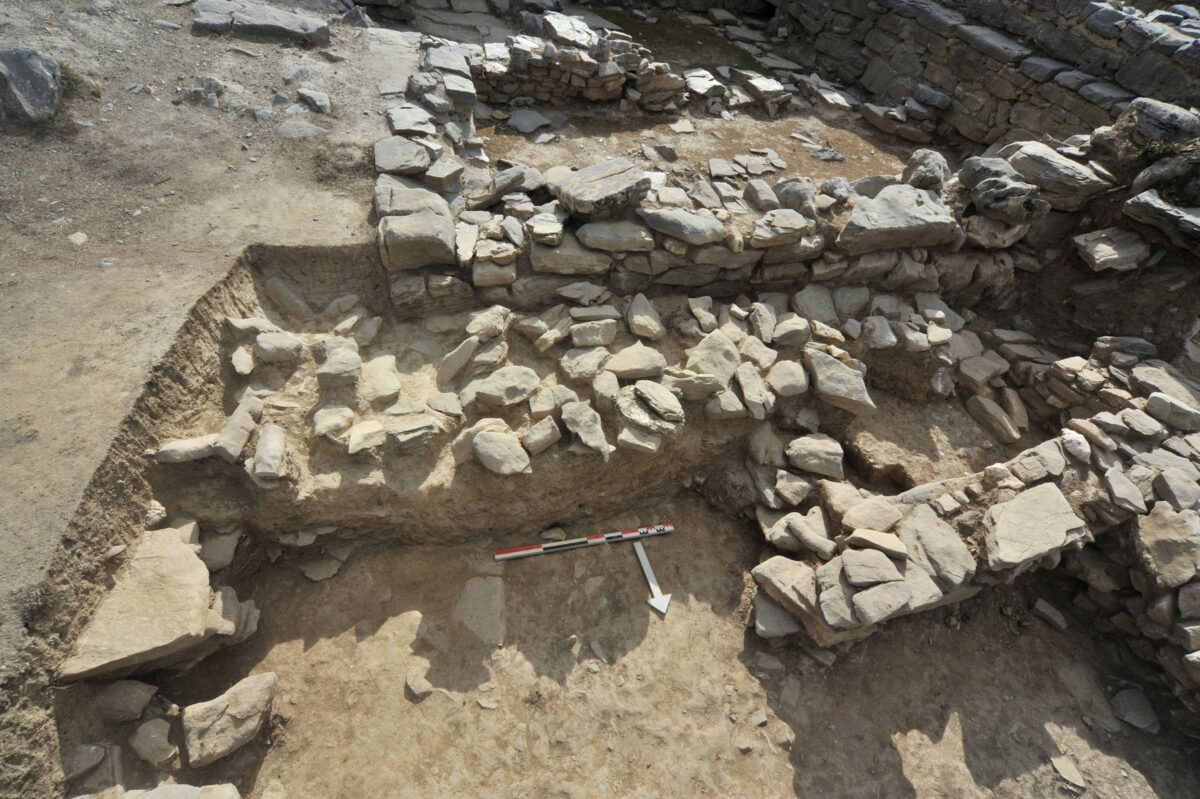 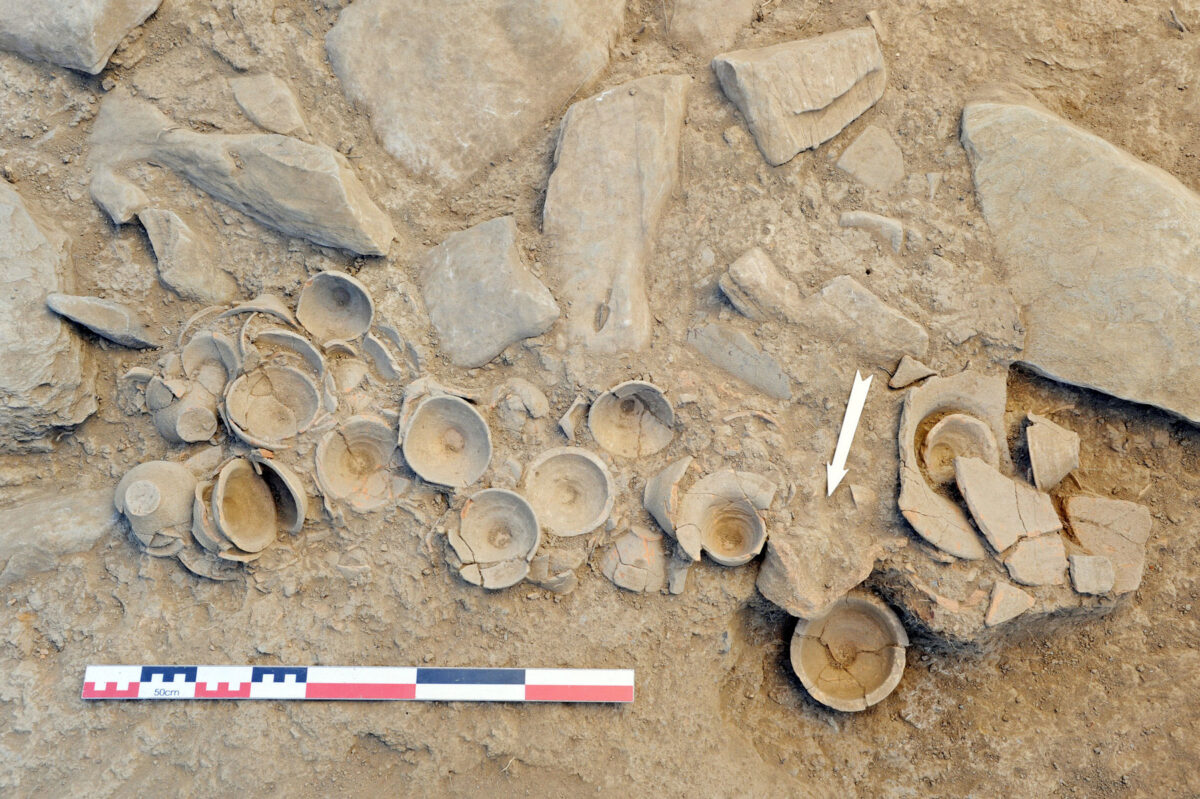 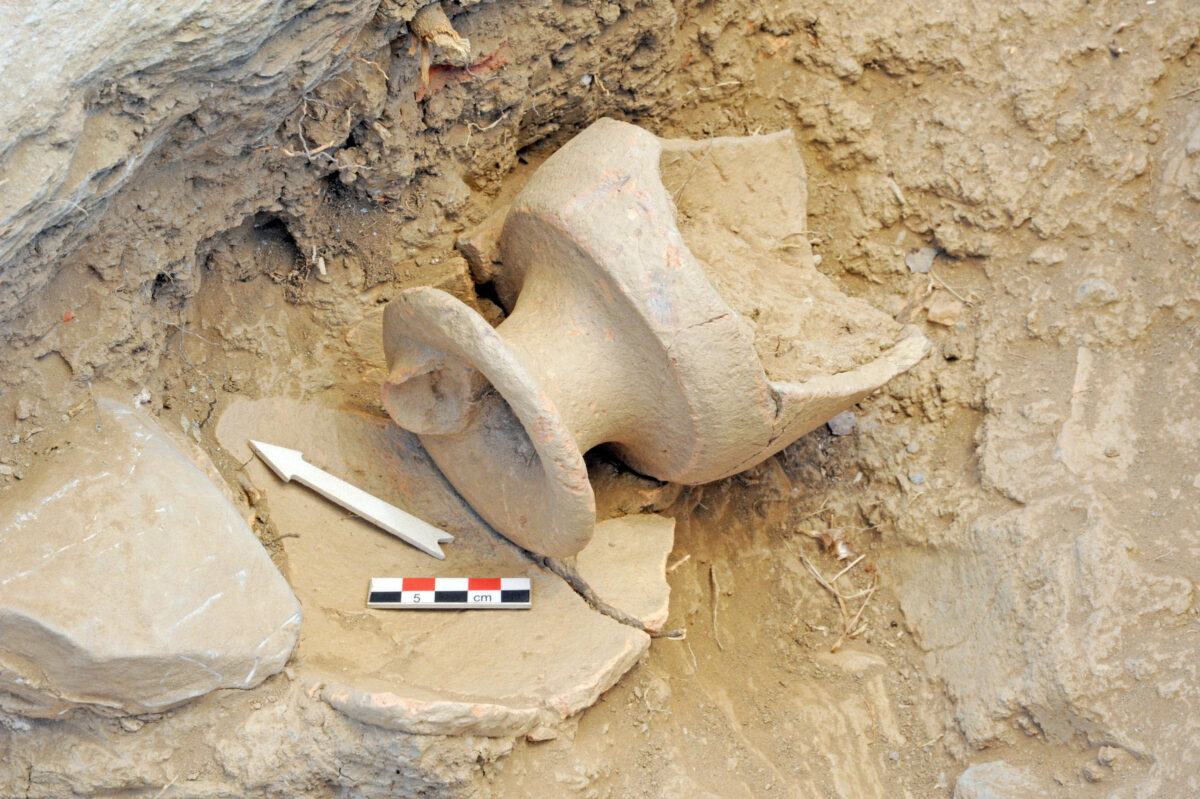 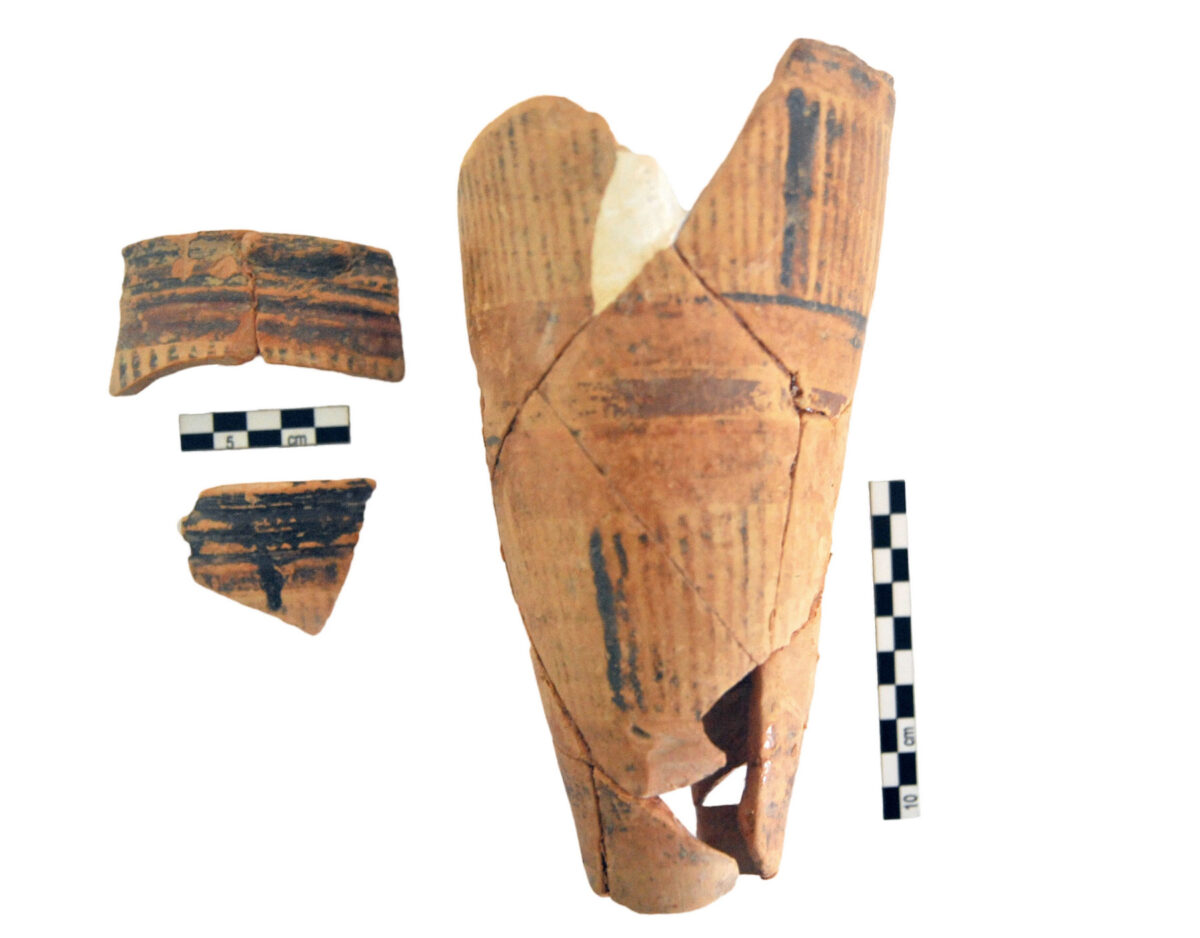 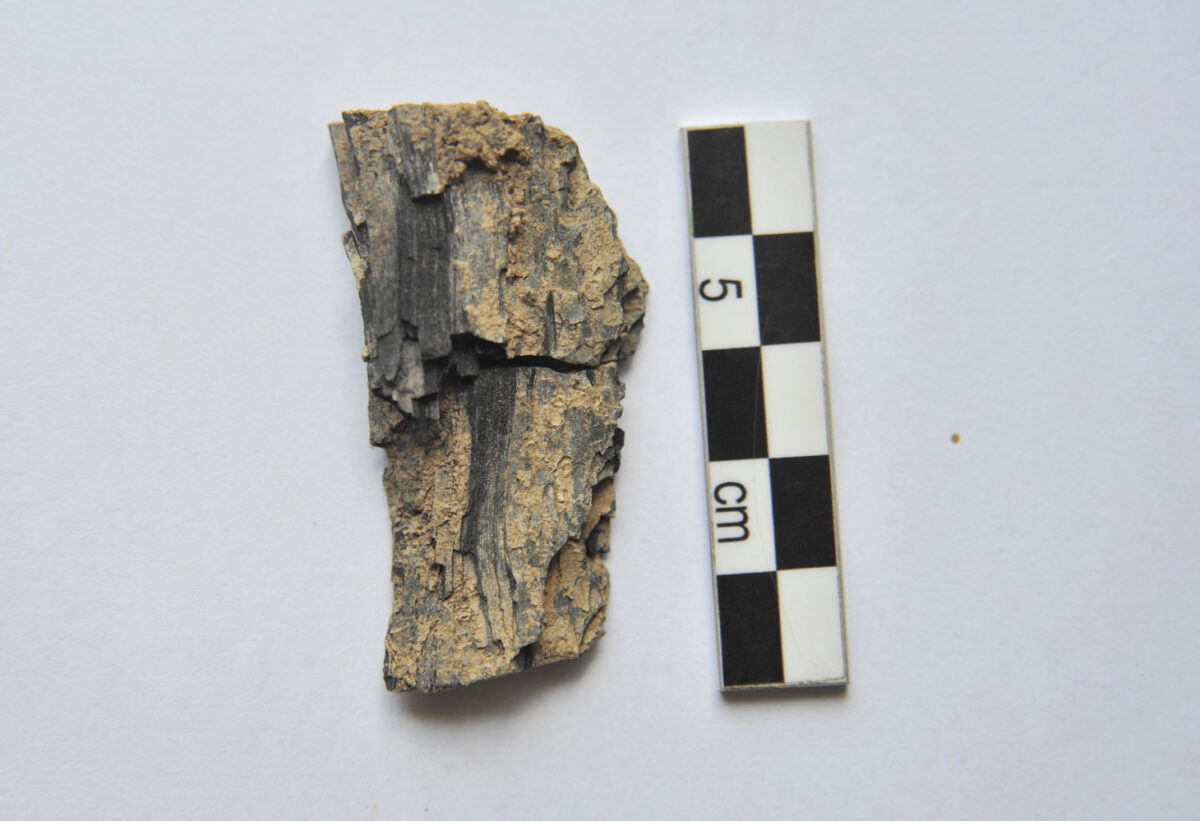 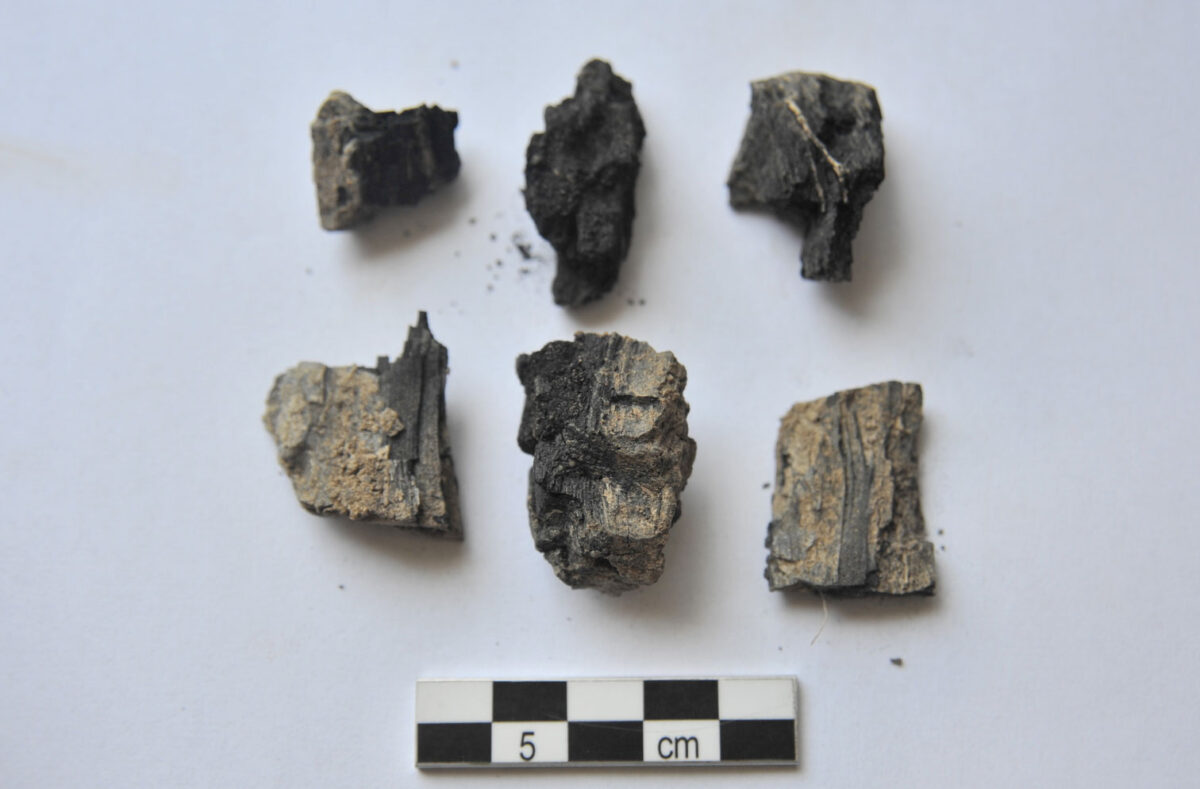 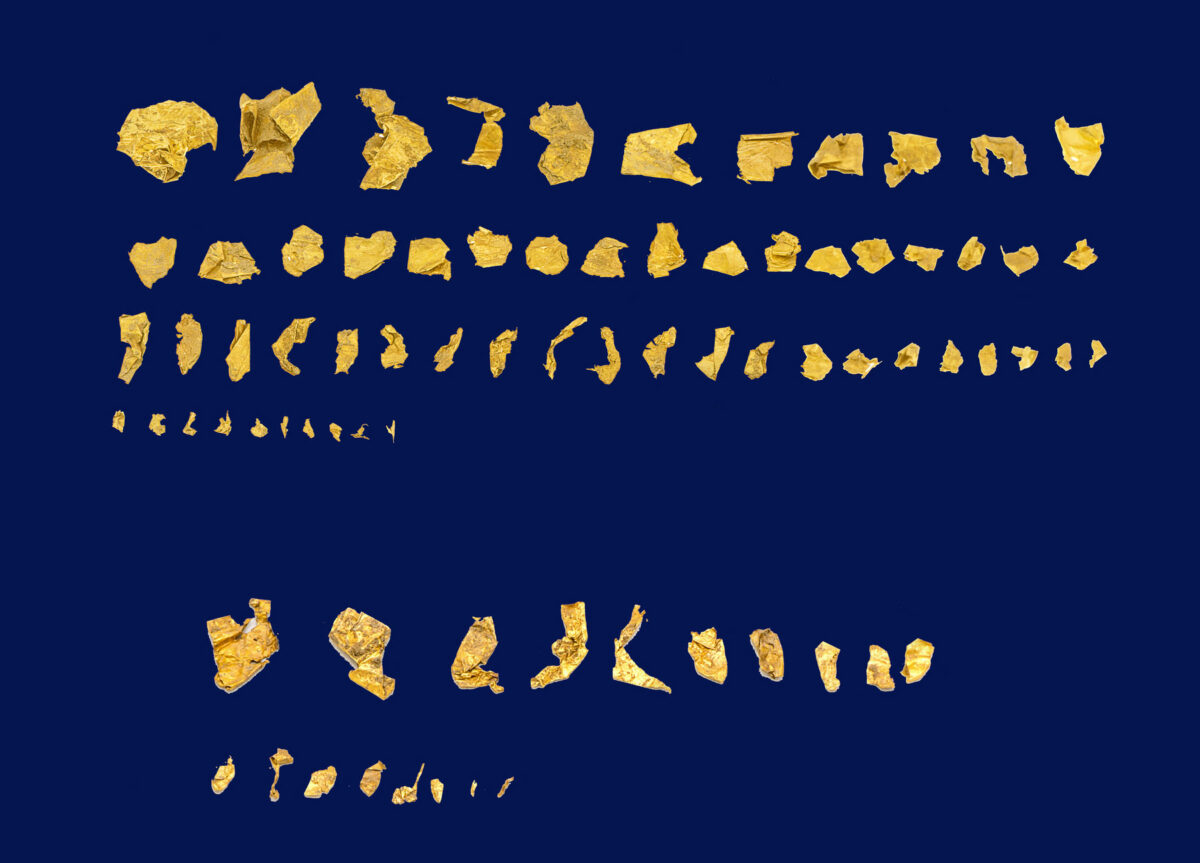 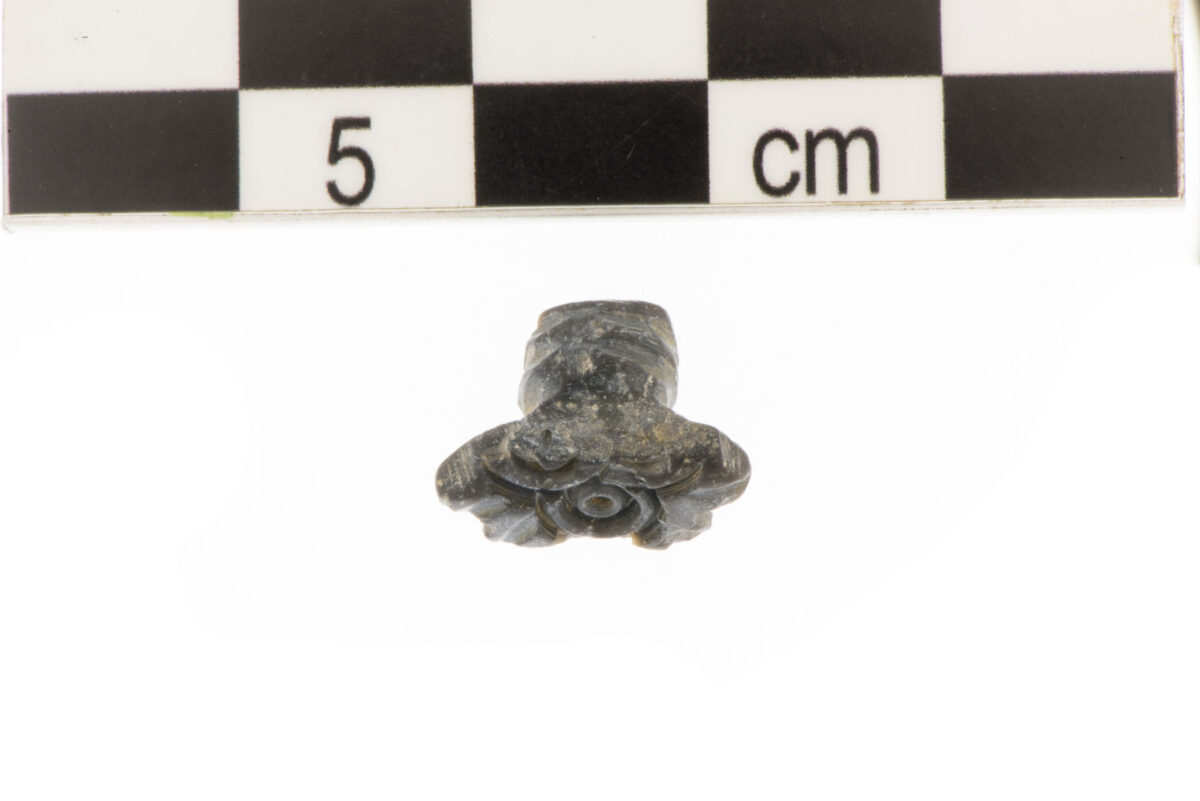 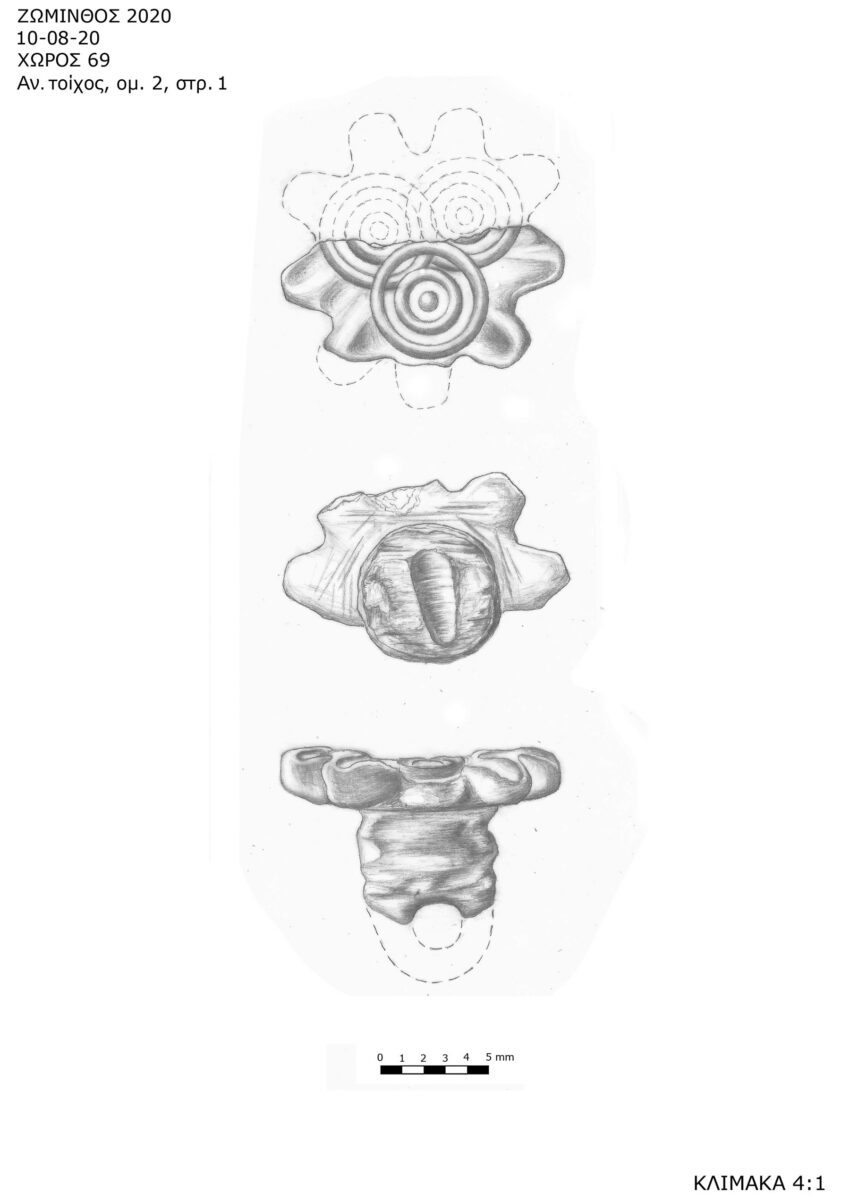 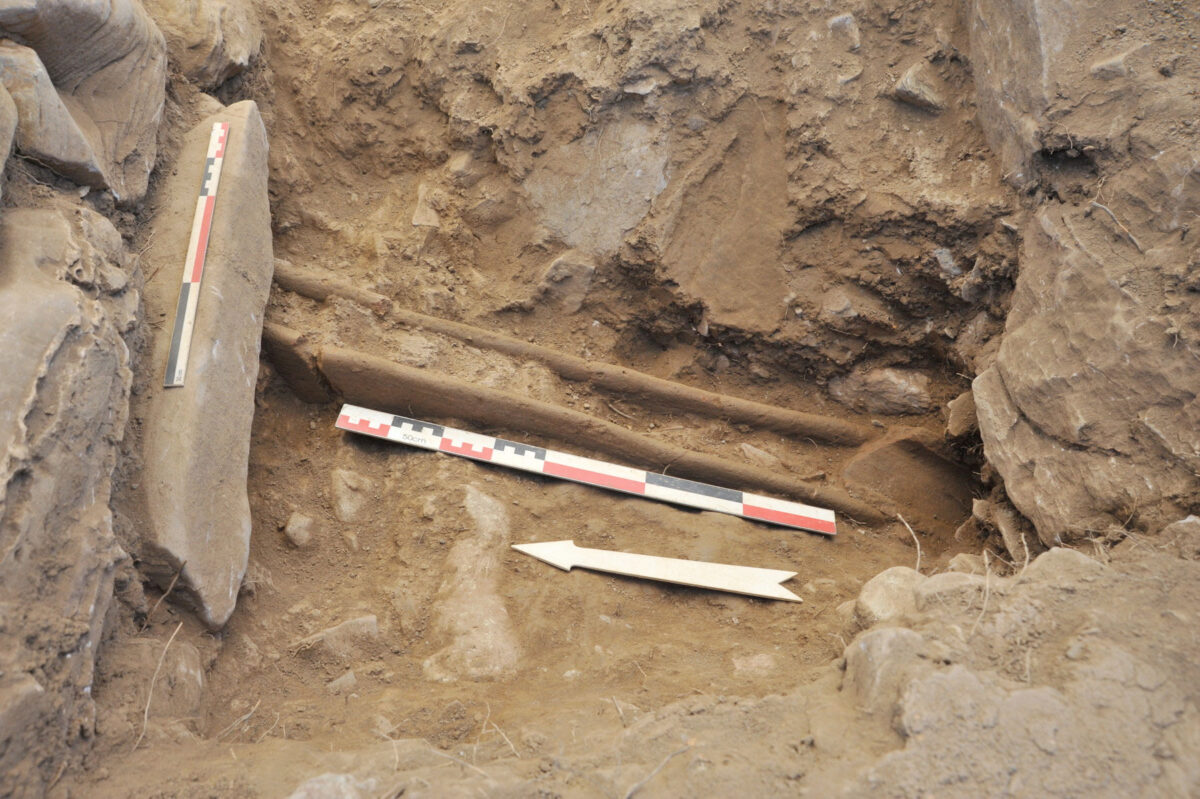 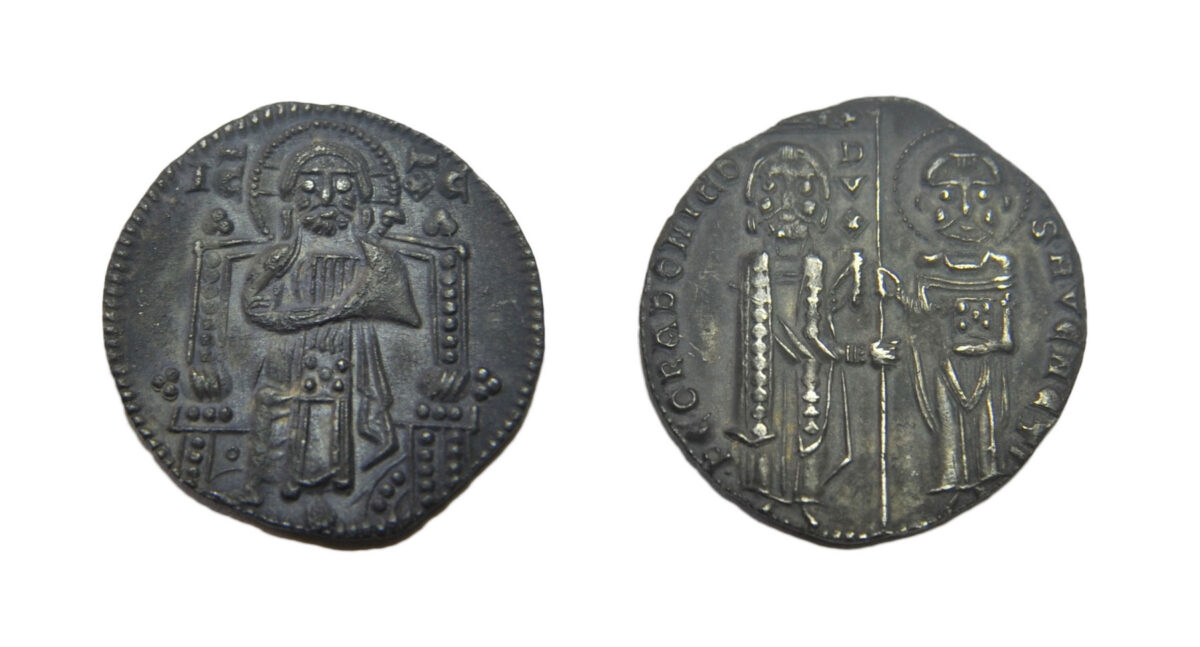 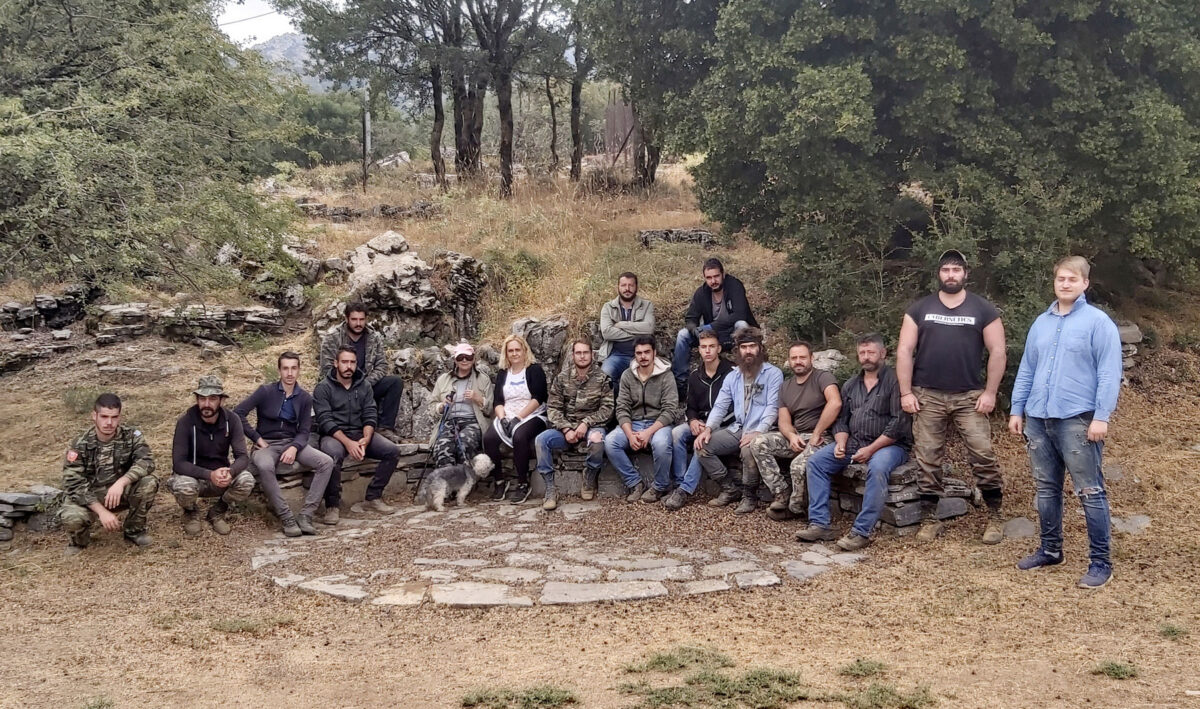 Discovery of an important sanctuary at Zominthos, Crete

The excavation continues under Efi Sapouna-Sakellaraki

The “tallest” palace of Crete, Zominthos continues to be excavated by the Archaeological Society under Honorary Director of Antiquities, Dr. Efi Sapouna-Sakellaraki. Despite the difficult conditions (COVID-19), the excavation was carried out with all the mandatory protection measures.

This year’s excavation proved that the existing, two-storey or even three-storey, Central Building had an earlier use, at least from 2000 BC and that from 1700 BC it began to expand to the surrounding area; a fact that has already been acknowledged in previous excavation periods and culminated this year with the unearthing of two new complexes. Ultimately it turns out that the excavation on the northern slope of the hill, where the palace is located, has not been exhausted by excavations and that further investigation is needed.

Once again, it turns out that the palace of Zominthos had a political, economic and religious character throughout its existence, because of its proximity to the large religious centre of the Ideon Andron whose fame spread to the Eastern Mediterranean, the Near East and Egypt.

This year’s excavation showed that access to the northern entrance had already been made as early as the Protopalatial era (around 1900 BC) by a ramp, which ended in a strong retaining wall and was subsequently twice paved with slabs during the Neopalatial period (1700-1600 BC). A slanting, ritual corridor was built in the strong retaining wall, which reached the northern entrance. Its use from the period of the first palaces is confirmed by ceramics and especially by cups of the type found in the Middle Minoan period (around 1800 BC), typical of the pottery of Knossos.

On the level of the Late Minoan IA period (around 1650 BC) three stone openings (drainage pipes) were unearthed belonging to areas of the Central Building and the western apartments attached to it immediately after its destruction, around 1650 BC (Complex I).

Standing out from Complex I is what is now called the “north sanctuary” from the Neopalatial period ,an important sanctuary outside the Central Building. Part of it was excavated in 2019 and specifically an altar laid out with stones, between and on top of which a number of ritual and other vessels,came to light; mainly rhyta.

The discovery of a small sheet of gold unearthed after rain, led to a search under the altar’s stone layer, where a surprise awaited the excavators. Found in the center of the underlying layer was a piece of burnt wood on which about 90 small sheets of gold were either attached or scattered round it. The finding of this set can only point to the existence of a wooden idol clad in thin gold leaf. Corresponding gold-clad idols are known from ivory figurines of Archanes and Palaiokastro.

On the same level a stone was found, a ritual vat for receiving liquids and a seal with an animal representation on its sealing surface. Obviously, after the first destruction of the new palaces, the occupants of the building preserved the remains of the ruined idol, over which the stone altar was built with the ritual vessels mentioned above.

The timeless sanctity of the place is apparent by the existence on the same spot, on a lower level and north of the altar, of an earlier sanctuary of the Protopalatial period (around 1900 BC), in which fragmentary figurines of people and animals were unearthed. Among them is a beautiful, female figurine, named “the Lady of Zominthos”.

North of Complex I, a second complex of rooms (Complex II) was unearthed, separated from the first by a narrow corridor The rooms are paved and equipped with an important sewerage system, with pipes starting from Complex I and continuing further north. In one of these rooms and among the ceramic finds an important flower-shaped seal came to light, dating from the time of the first palaces.

Remains of pottery show, in fact, that the use of the site began even before the founding of the first palaces, i.e. before 2000 BC.

Both the drainage and sewerage systems prove the advanced expertise that existed in Zominthos. The use over time of the section excavated this year is also proved by a coin of the Doge of Venice Pietro Gradenigo (1289-1311), which coincides with the 4th Crusade and the period of Venetian rule in Crete.