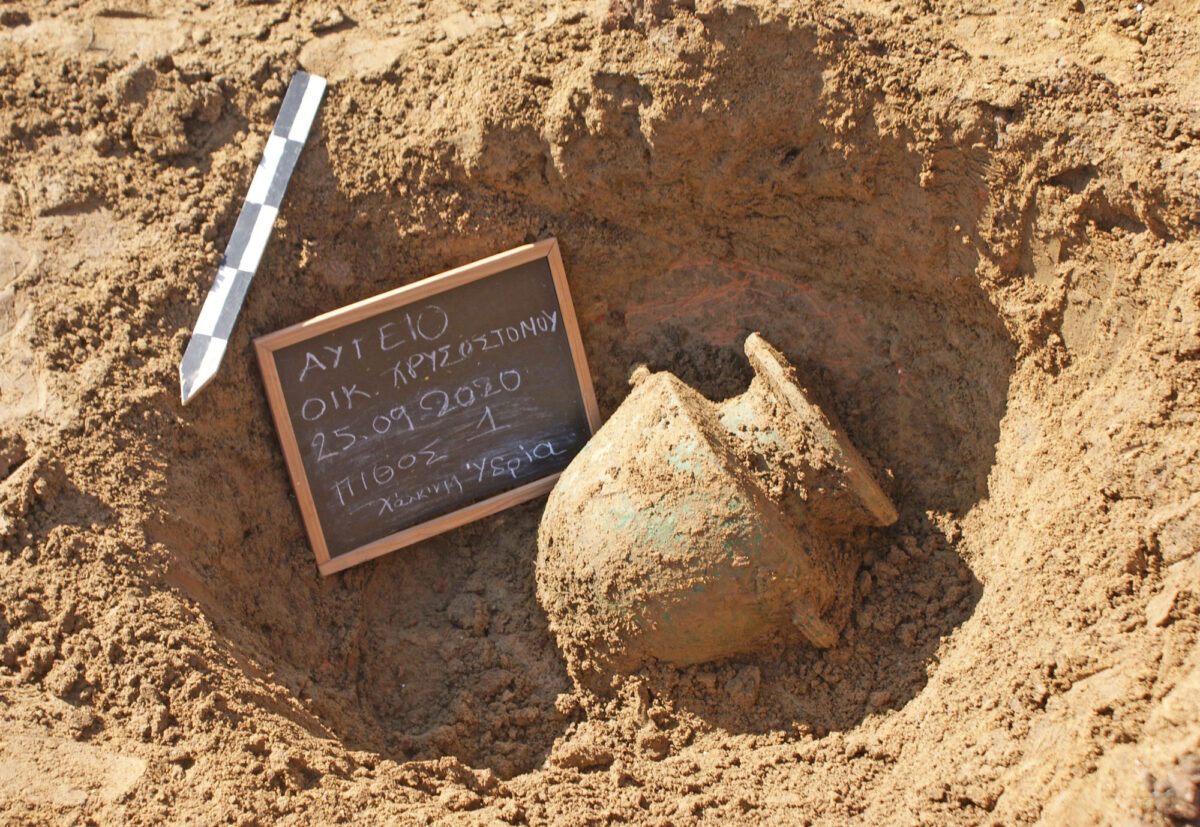 The excavation at Avgeio in Ilia is very important

Head of the Ilia Ephorate of Antiquities Erofili-Iris Kollia describes the discovery of the eight graves in the Avgeio district of the municipality of Ilis, in Ilia, as a very important excavation with first class findings.

Speaking to the Athens and Macedonian News Agency, Erofili-Iris Kollia points out that “the most important finds are the large bronze vessel, which is relatively rare, the bronze funerary urn, the folding mirror and the grave stele crowned with a marble pediment”.

According to Mrs Kollia “the eight graves were discovered in the community of Avgeio on a plot of land its proprietor wished to build on. We were supervising the excavations without being sure that the graves would be found”.

She also says that “this rescue excavation’s discovery supplies us with data on the region’s topography and the very large size of the cemetery of the ancient city of Ilis”.

“Moreover”, she notes, “Ancient Ilis was a very important city in the Peloponnese, so it was not surprising to have found extremely significant findings there, particularly in its cemeteries”.

Regarding the continuation of excavations in the region of Ancient Ilis, Erofili-Iris Kollia tells the AMNA that “in our future plans we are naturally including the excavations, but this will depend on various factors, such as staff, etc.”.