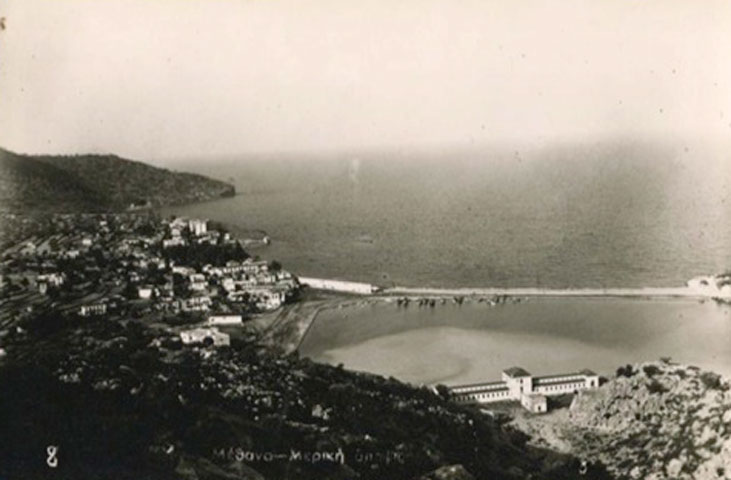 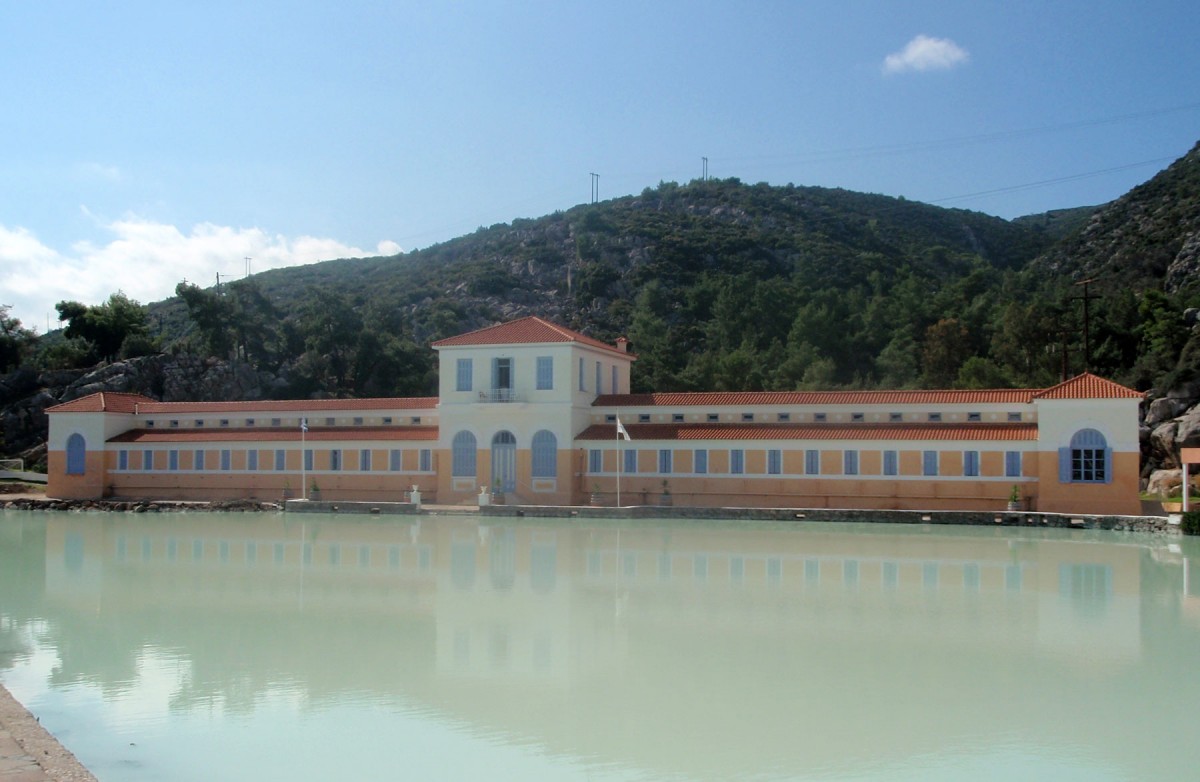 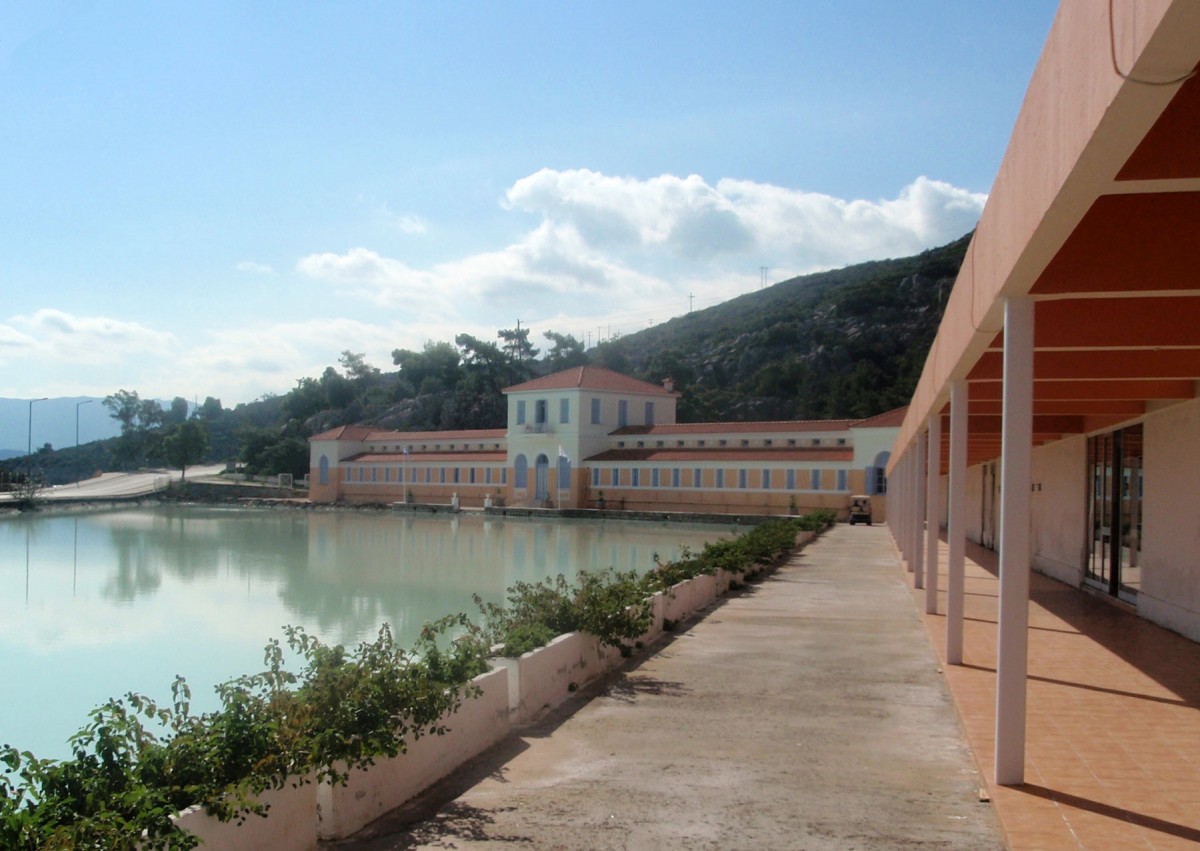 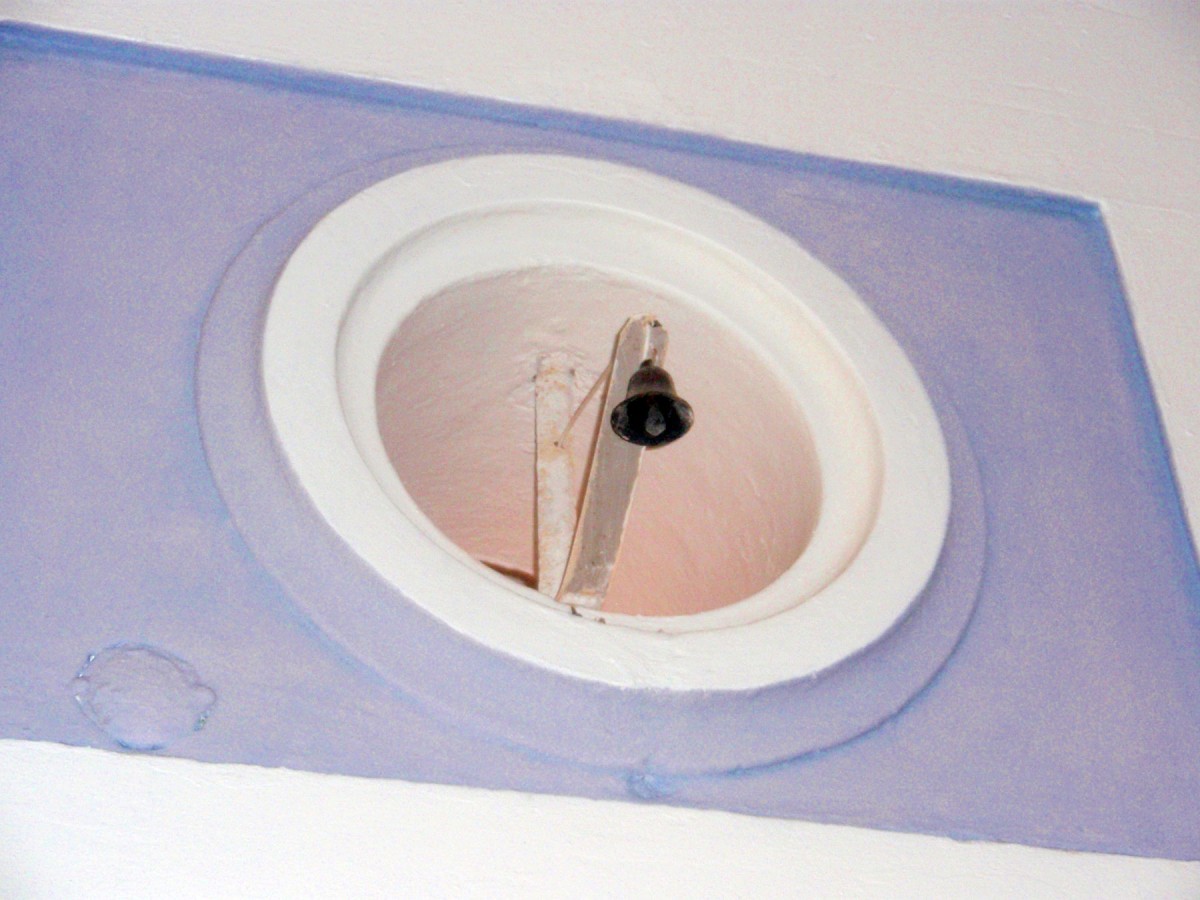 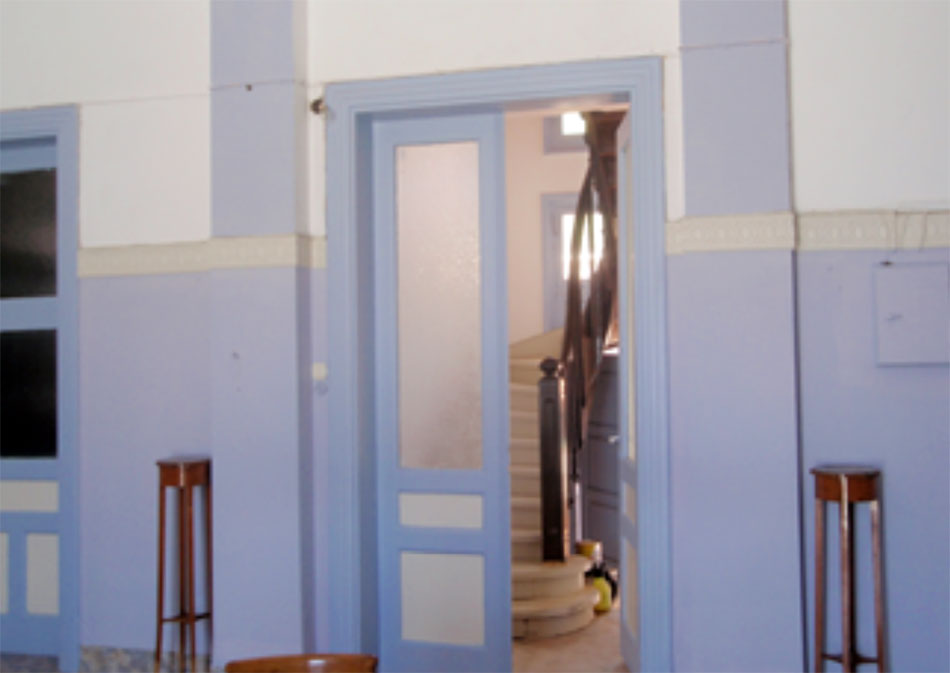 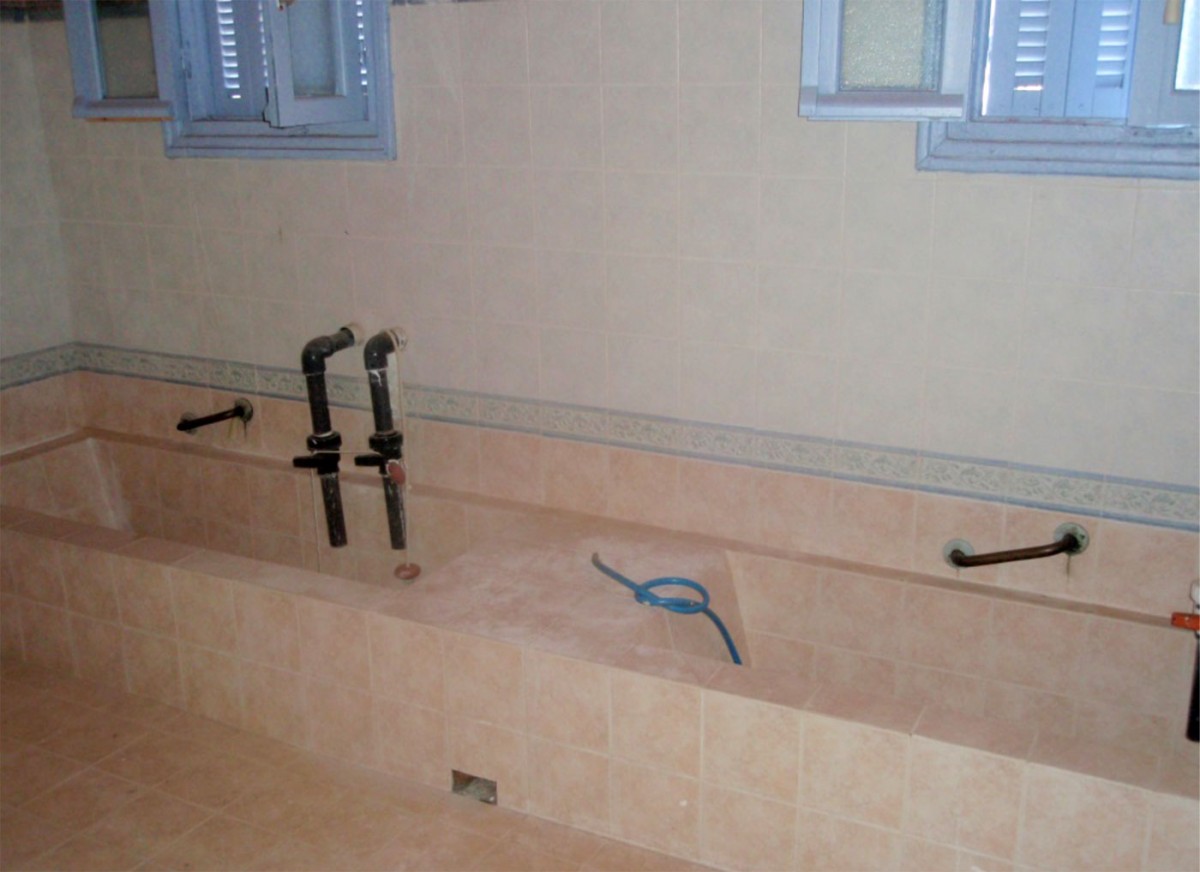 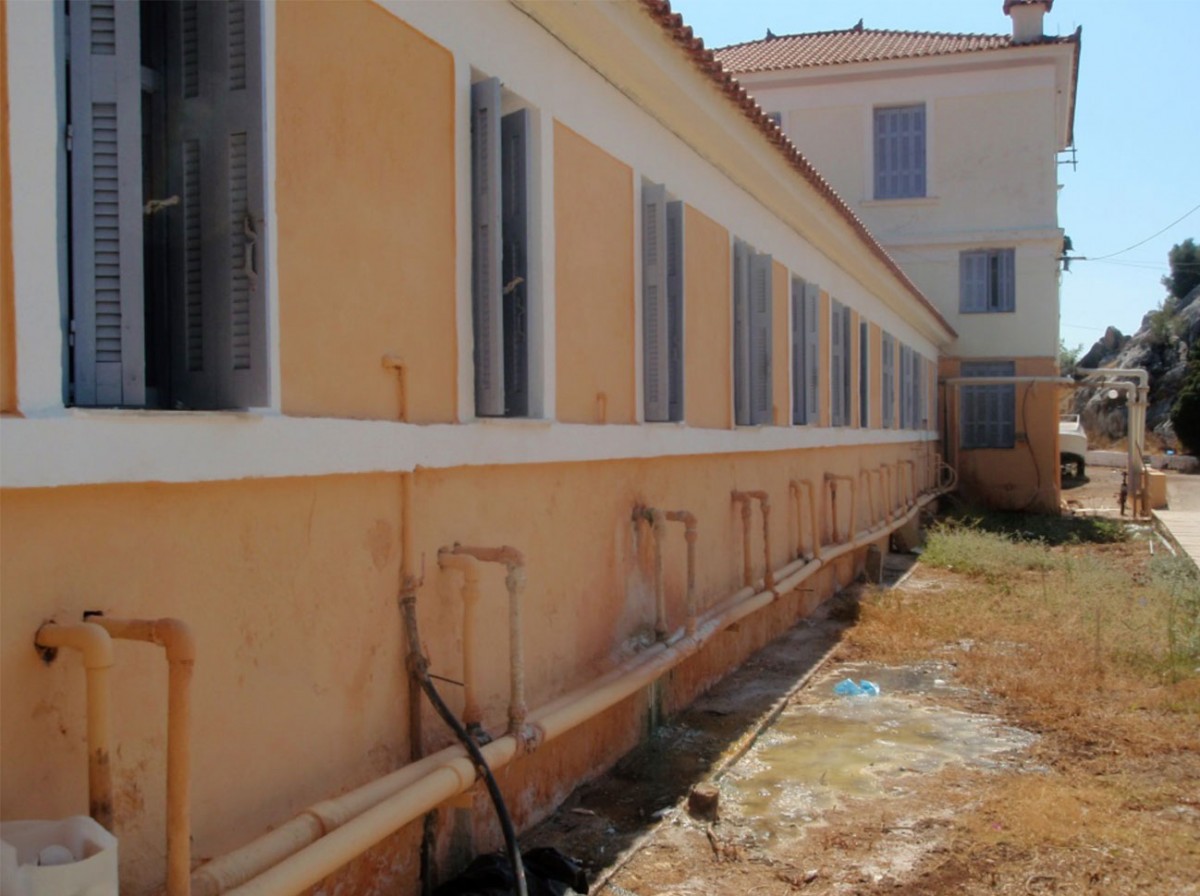 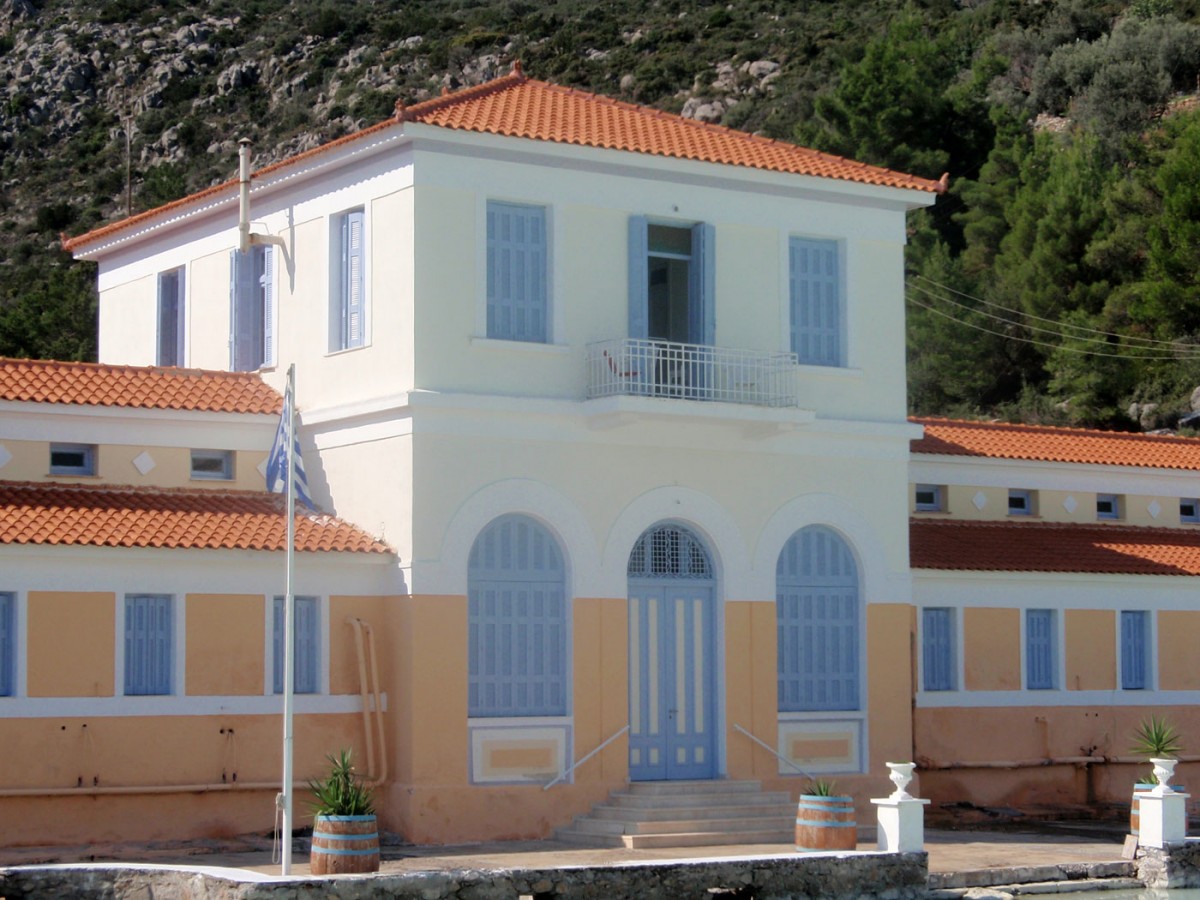 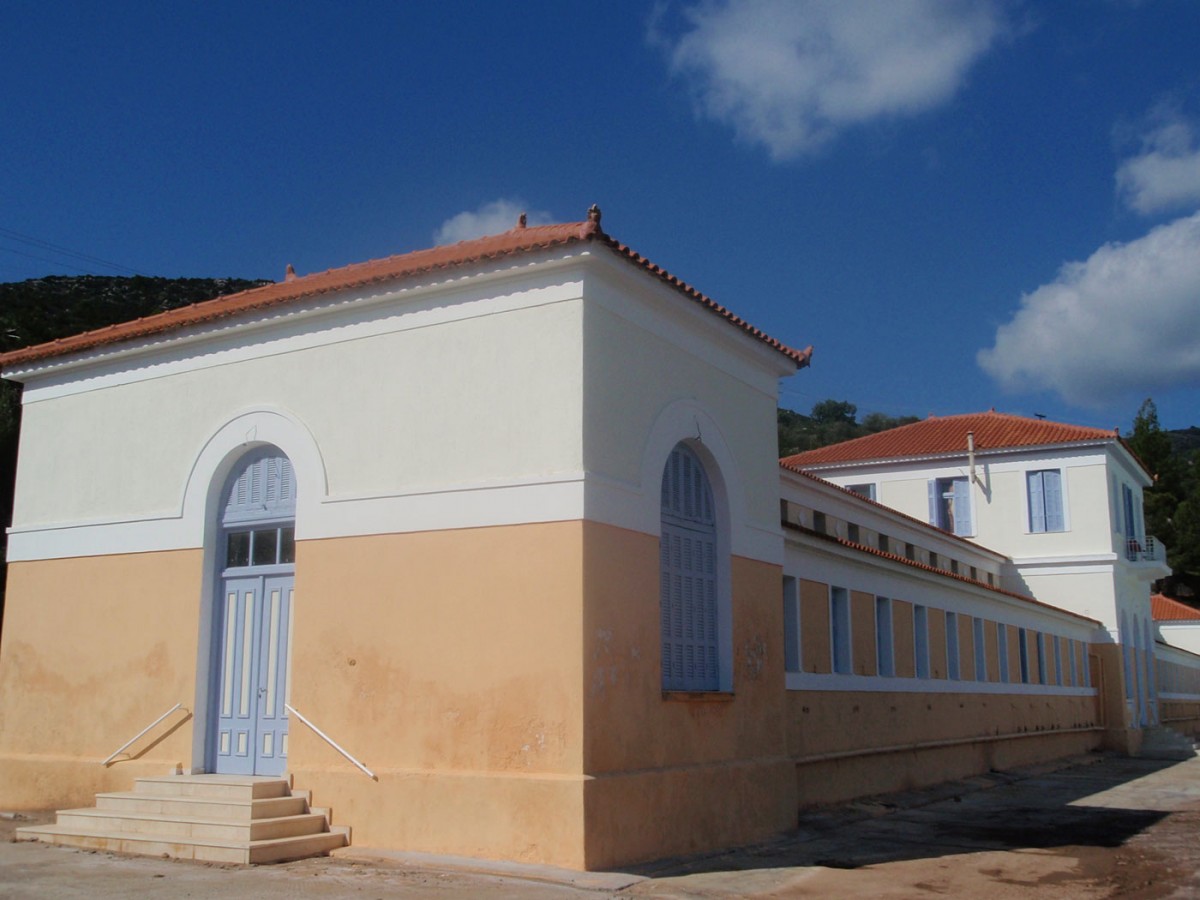 The thermal baths of Methana

The springs and buildings

The Methana thermal springs are one of the most rare and remarkable in Western and Central Europe and result from the area’s volcanic activity. As mentioned characteristically, the well known thermo-metallic springs of Methana gush from the southern rift of the Saronic Corinthian subduction zone and are influenced both by the volcanic activity of the southern Aegean, while the active dome of magma, at a depth of 4 to 7 klms, is the precise reason for the existence of these mineral springs (Athanasiou 1998).

Unfortunately there are not many reliable historical sources mentioning in detail the discovery of the Methana thermal baths and the beginning of their operation. The existing primary historical source is the report by Pausanias describing how in 230 BC, after the great eruption of the volcano of Kameni Chora, some springs were created, now found near Kato Mouska (note 1). Pausanias also mentions the existence of a cistern with an area of thirty stadiums (corresponding nowadays to 5,549m) for collecting mineral waters. Ruins of ancient walls are to be seen even today, proving there was some kind of cistern, probably built however during the Roman era (Athanasiou 1998).

The locals believe that the Methana thermal baths were also active during the Middle Ages and Venetian rule. They argue that this has been proved by an excavation of the small harbour’s square, in which an aqueduct came to light via which the sulphurous spring waters were channelled to the house of a resident. From this the locals concluded that baths would also have been there (Athanasiou 1998).

The springs actually started being utilized in 1870 (or according to others in 1867) in the form of two pits where patients took their bathing therapy. Much later two reservoirs were constructed, as well as six apartments for individual use and it was only in 1906 that the springs gradually started to be organized. Nowadays thermal waters flow in 25 spots from rocky cracks in the soil and their temperature is normal, varying between 28.5 to 34.4 degrees Celsius, depending on the time of year. The healing properties of these thermal springs are successful in arthritic ailments such as slipped disc, rheumatoid arthritis, deforming arthritis, spondylitis, in dermatological problems et al (Athanassiou 1998).

The natural sulphur springs are suitable for various types of skin and arthritic diseases.

In 1949 a surgery and sanatorium operated in the town for taking the waters and in 1966 Methana was the second spa in Greece in terms of bathing. Between 1961 and 1965, according to statistics from the National Tourist Organization, the district’s bathing facilities had been visited by 61,219 bathers and 920,294 baths had been taken. Between1994 and 1998 the spa had 12,243 visitors and 184,058 baths annually.

One of the most interesting facts about the district’s bathing facilities is the traditional main building of the Methana spa, designed by the well known architect Ernest Ziller. It is supposed to have been built in 1917 and is in the neoclassical style, with its composition, function and morphological structure being governed by rationality. It is horizontally divided into a base, main body and upper part and the building is symmetrical regarding its two central axes. Moreover, as was the custom in public buildings of the time, the main part and the two ends protrude from the rest of the building. In addition, architectural projections can be distinguished, as well as a rhythmic repetition in the openings. On the ground and first floors of the building, for the whole of their length and breadth, the floors are horizontal, covered with tiles and with no differences in level. In the central section, the first and ground floors communicate via a wooden staircase. It should be noted that the building has been constructed with supporting masonry of rough stone and concrete elements (beams holding up the roof of the central section).

The building’s central and two end sections are covered by three four sided roofs. There are gabled roofs for the corridors and pitched ones for the bath areas. The building is constructed on a plot of land covering a surface of 16.240 m. It is 72.85m long and 11.30m wide. The central section is 10.70m high, the maximum height of the two end sections being 6.40m. Last, the maximum height of the bath areas is 4.70 m. The surface of the ground floor is 637 square metres and that of the 1st floor in the main building is 101 square metres.

The windows in the high corridors ensure natural light and ventilation. There are openings facing each other all along the building that help in the natural ventilation of the bath areas.

As already mentioned and evident in photographs, the traditional building that houses the baths has not suffered particular damages either structurally or in the baths’ equipment. Moreover, after checking the building’s windows and doors, it was confirmed that the materials are in very good condition, except for some colours having faded and a few light cracks in the wooden doors. They have obviously deteriorated because of the great humidity outside the bath areas and the high temperatures sustained, as well as the building’s location by the sea. These damages can be restored however and without any great cost (note 2).

The most serious problems in the baths’ building are related to the network for the supply and transport of the mineral waters from the springs to the baths; specifically the small leaks in various pipes. There are also some signs of humidity on the ground floor. In addition, there is serious corrosion of metal components both in several systems supplying water to the baths (taps, pipes et al.) and in the safety handles.

These changes for the worse are caused by constant humidity in the place, combined with chemicals such as sulphur contained in the mineral waters and mainly responsible for these corrosions.

This overall assessment of the present building can be completed by mentioning that it is in a very satisfactory state regarding its structure and function and only small interventions are required for its complete restoration. The building is both architecturally important and of cultural interest, it is sustainable, usable and easily accessible to visitors, being next to the Port of Methana and the town’s entrance.

NOTES
1. Today the specific springs are still not being utilized.
2. Mr Papaioannou, at present responsible for the building’s utilization, informed us that each May work is done on its maintenance and the restoration of damages.