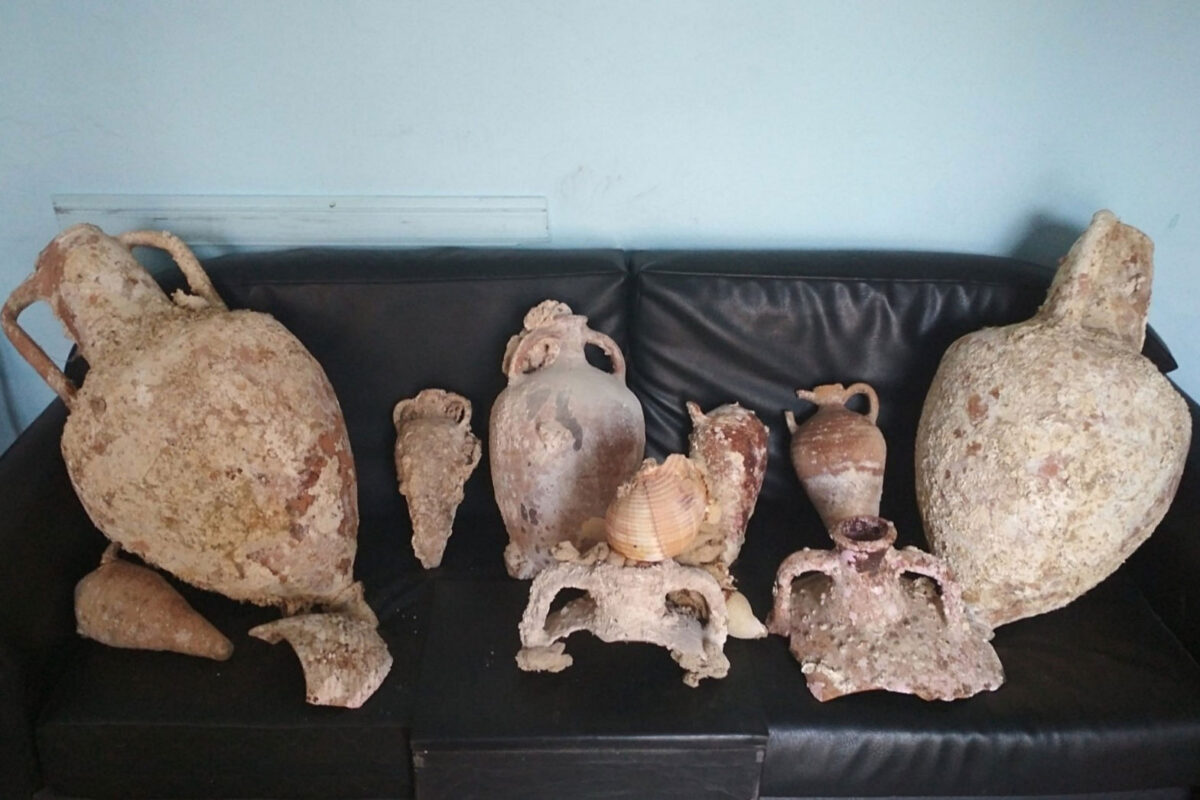 Arrest on Kalymnos for possession of ancient amphorae

It is thought they come from Knidos

A woman was arrested a few days ago on Kalymnos by officers of the Kalymnos Police Department, accused of illegal possession of antiquities.

As part of the operations of the General Regional Police Directorate of the South Aegean for the protection of cultural heritage, after evaluating data, searches were carried out in homes and the defendant’s shop. Found there and confiscated in the presence of a judicial operator were 10 large and small amphorae and parts of amphorae.

The confiscated ancient artefacts come under the protective provisions of Law 3028/02 and it is estimated they belong to the Late Roman and Byzantine era, originating from Knidos. They were handed over to the competent service of the Ministry of Culture for further evaluation and dating.