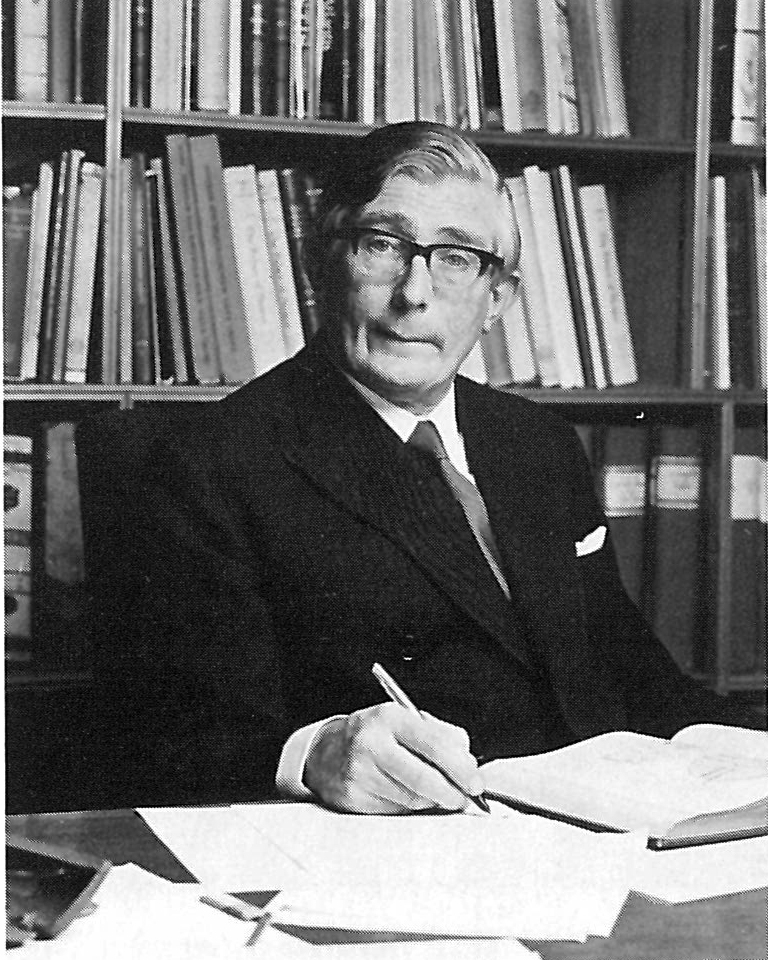 The archaeologists died a few days before his 104th birthday

It is with the deepest sadness that we note the passing of Sinclair Hood, peacefully at his home in Great Milton, Oxford a few days before his 104th birthday.  He was one of the few for whom the Greek birthday wish Να τα εκατοστίσεις! came true.

Born in Ireland, Sinclair studied at Oxford just before WWII and completed a Diploma in Prehistoric Archaeology immediately after it at the Institute of Archaeology in London, where he was taught by Kathleen Kenyon and V. Gordon Childe.  His long association with the BSA began over seventy years ago when he arrived as a School Student in 1947.  Fellow residents at the time included John Cook (then Director), Robert Cook, Vincent Desborough and Hugh Plommer.

From 1949 to 1950 Sinclair was Assistant Director and – from 1954 to 1962 – Director of the BSA.  His name is almost synonymous with the site of Knossos, where he commenced excavating in 1949, carrying out an extensive series of important excavations near the Palace and in its larger region.  Those conducted in 1957-61 were particularly important in testing Arthur Evans’ overall stratigraphic sequencing of the site.  In 1952-55 he also excavated at Emporio on Chios and, more recently, at Phylakopi on Melos (1974-77) with Colin Renfrew.  At Emporio Sinclair encountered Michael Ventris, whose decipherment of Linear B he always regarded with some scepticism, as well as a young John Boardman.  It was also there that he met Rachel Simmons, whom he married in 1957.  Rachel herself passed on in February 2016.

As BSA Director Sinclair initiated the construction of the Knossos Stratigraphical Museum to offer proper storage for the extensive collections of material generated by BSA excavations in and around Knossos from Evans’ day onwards.  The ‘Strat’ was completed in 1964, and formally opened by Dr Joan Evans in 1966.  Further extended in 1969, the ‘Strat’ remains a key resource of the BSA’s Knossos Research Centre and there could be no more fitting legacy to Sinclair’s vision than the BSA’s current plans to renovate the Research Centre.

Sinclair’s publications were numerous and include general books such as The Home of the Heroes: the Aegean before the Greeks (1967), The Minoans: Crete in the Bronze Age (1971) and The Arts in Prehistoric Greece (1978), which was reprinted in 1992 and appeared in Greek translation as Η τέχνη στην προϊστορική Ελλάδα in 2008.  His more specialised works include Knossos Excavations, 1957-1961: Early Minoan (2011), co-authored with Gerald Cadogan, The Bronze Age Palace at Knossos (1981), with William Taylor, and An Archaeological Survey of the Knossos Area (1981), with David Smyth, an update of Sinclair’s own survey published in 1958.  Among his numerous articles are surveys of a more conventional kind, the product of a series of ‘Pendleburyesque’ journeys over the island undertaken with Peter Warren and Gerald Cadogan and published in the Annual of the BSA from 1964 to 1967: ‘Travels in Crete, 1962’; ‘Minoan Sites in the Far West of Crete’; ‘Ancient Sites in the Province of Ayios Vasilios, Crete’; and ‘Some Ancient Sites in South-West Crete’.  It was a great pleasure that Sinclair was able – on his 103rd birthday – to celebrate with a small group of friends and colleagues the publication of his long-awaited magnum opus The Masons’ Marks of Minoan Knossos (2020), edited by Lisa Bendall.

A fuller account of Sinclair’s life and achievements will appear in this year’s Annual of the BSA, but readers of this notice may wish to follow this link to an interview he gave in 2009 about his life and times.

Sinclair Hood lived a long and rewarding life, but his loss is still deeply felt, and our sincere condolences go to his two daughters Mary and Dictynna and his son Martin who survive him.