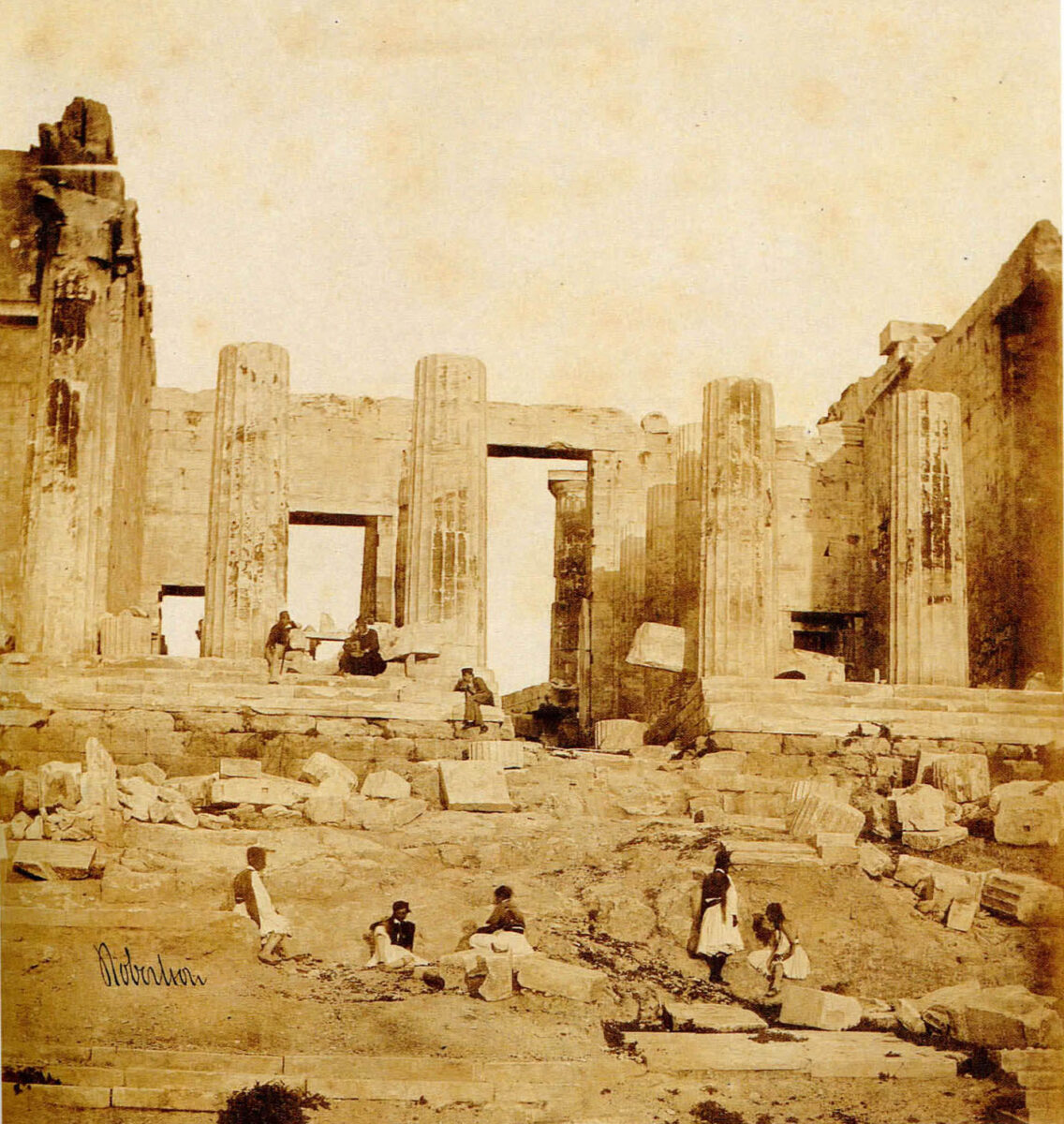 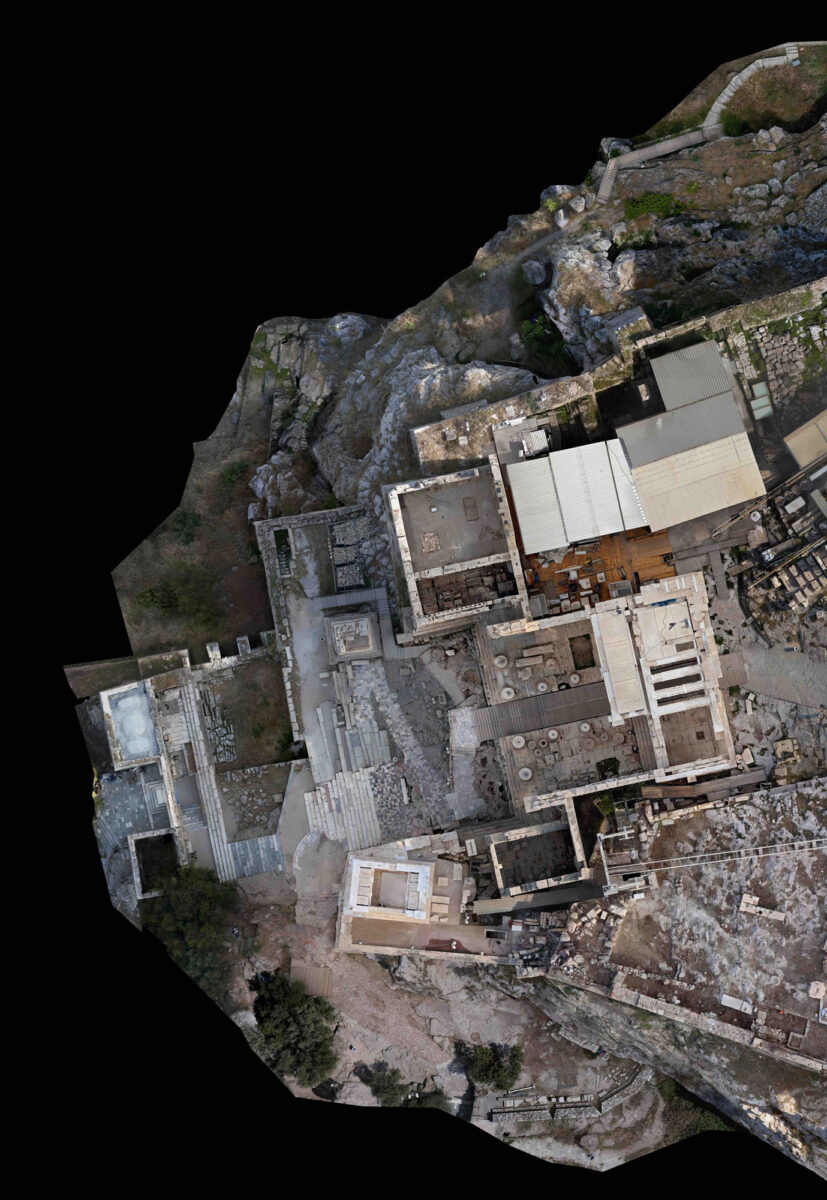 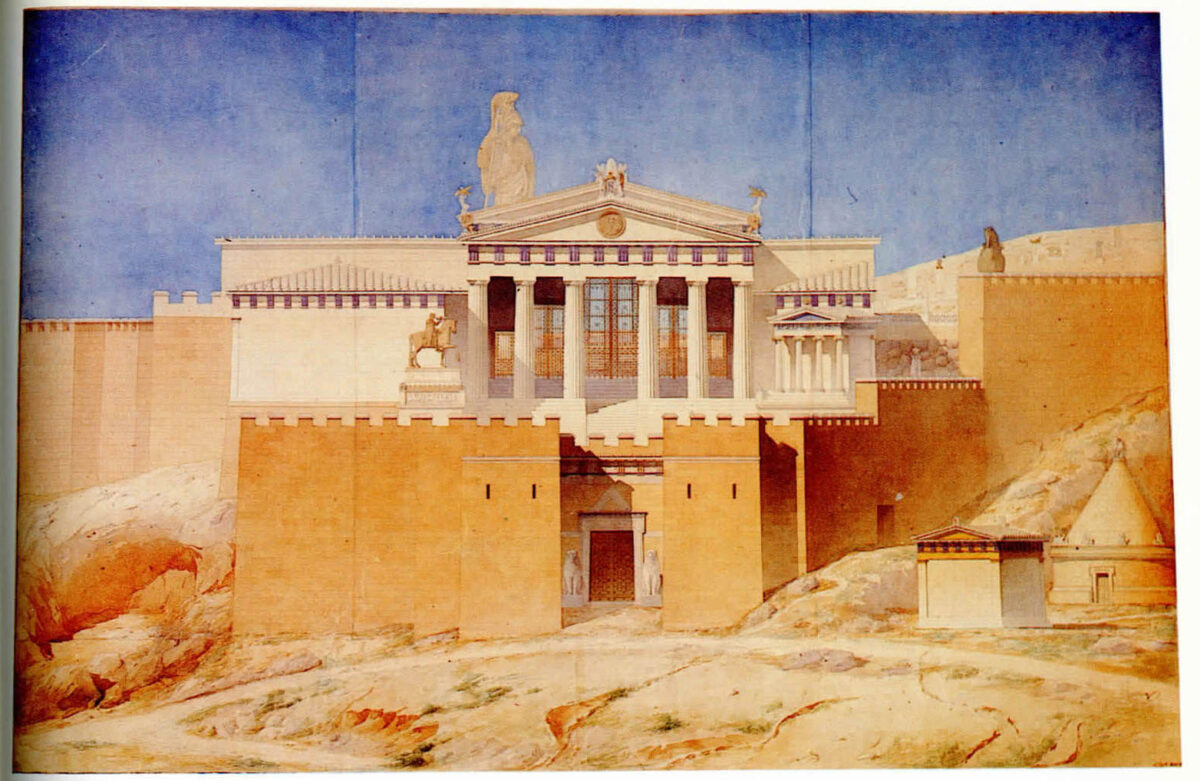 The Central Archaeological Council unanimously accepted the proposal by the Acropolis Monuments Conservation Committee and Professor Manolis Korres, for the restoration of the west access to the Acropolis, The proposal’s purpose for this improvement is to highlight the monumental character of the access to the Sacred Rock and resolve the issues regarding the circulation of visitors on the site.

The main entrance for accessing the Acropolis during the Archaic era was on the west side of the Sacred Rock, because of the terrain being less steep in that area. In prehistoric times and especially during the Mycenaean era, a path led from the south of the Acropolis and, following the base of the strong tower later to become the tower of Nike, ended at the fortified entrance located on the site of the present south wing of the Propylaea. Deep incisions preserved on the rock surface, at the foot of the Nike tower, originate from that path and are proof of its course.

Before the mid 6th century BC, with the reorganization of the Panathenaea festival, it became necessary to create an easier access directly from the west to facilitate the movement of numerous religious followers, but also to transport the massive stones and timber for the construction of the temples. Thus, a 12m wide ramp was constructed, which was almost doubled  in width during the Classical era.

In the 1st century AD, the ramp with a slight change of incline was refashioned into 21.7m wide  marble stairway (being 23m at the bottom), large parts of which were discovered by excavations conducted mainly from 1835 to 1850.  According to archaeological data, the stairway of this period had a wide landing of 4m for its entire width, continuing to the North with a terrace on which stands the Pedestal of Agrippas and to the South with a road going uphill from the south and passing in front of the tower of Athena Nike. From the wide landing up to the Propylaea there were 36 steps and two narrow landings, a terminating and an intermediate one, and before reaching the big landing there was another staircase with 26 steps and before that a three metre landing.

In the 3rd century AD the whole area to the west of the Propylaea was incorporated in a fortification with two gates, one to the west (Beulé Gate) and one below the Nike Tower. During the Middle Ages and Early Modern Times the Propylaea and the parts in front of them were changed into a complex fortress with successive lines of defense and gates along a winding path, which ensured complete control of the entrance to the Acropolis.

The proposal of the Acropolis Monuments Conservation Committee

This proposal is dictated by the need to restore the ascent to the Acropolis in its entirety or in the parts suitable for its use, according to the archaeological documentation for a proper understanding of the monuments’ appearance and formations of the terrain. It must be stressed that a visitor’s proper understanding of the appearance and functional features of the ancient monuments is the highest aim. In addition, the issue of huge numbers of visitors accessing the Acropolis should be addressed and the conditions of their reception improved.