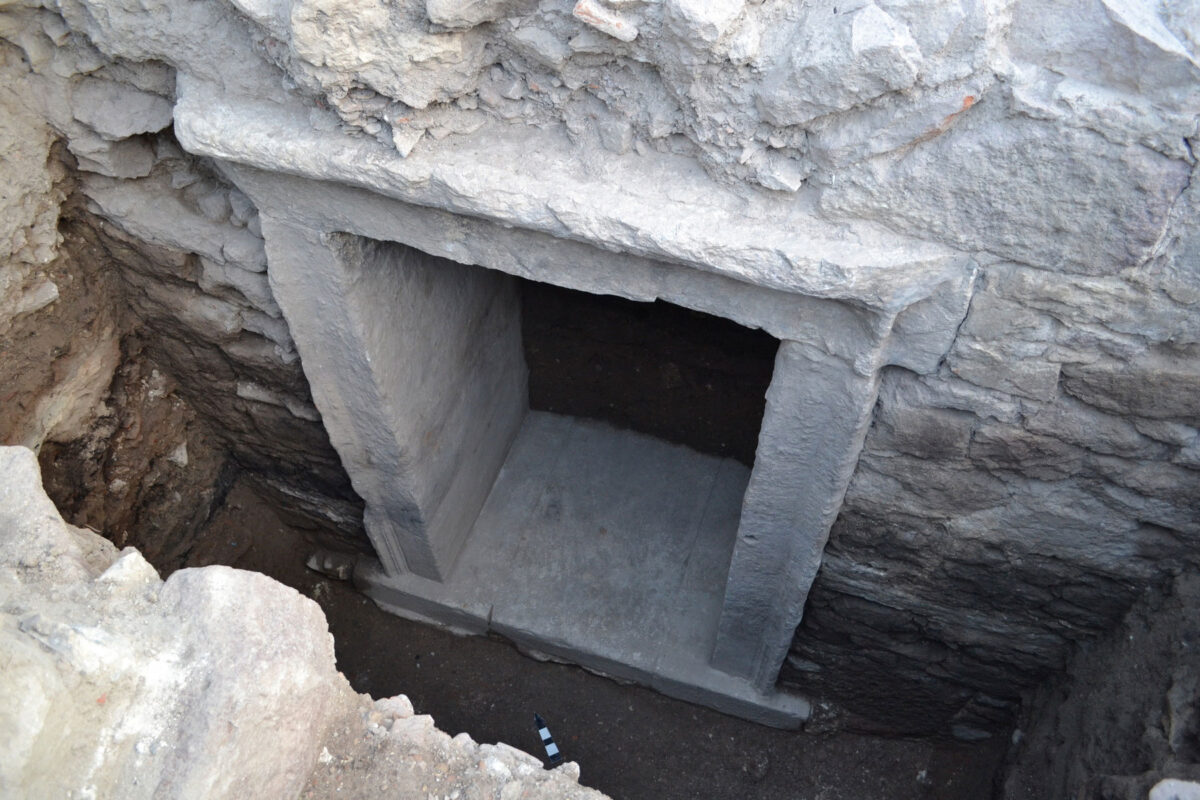 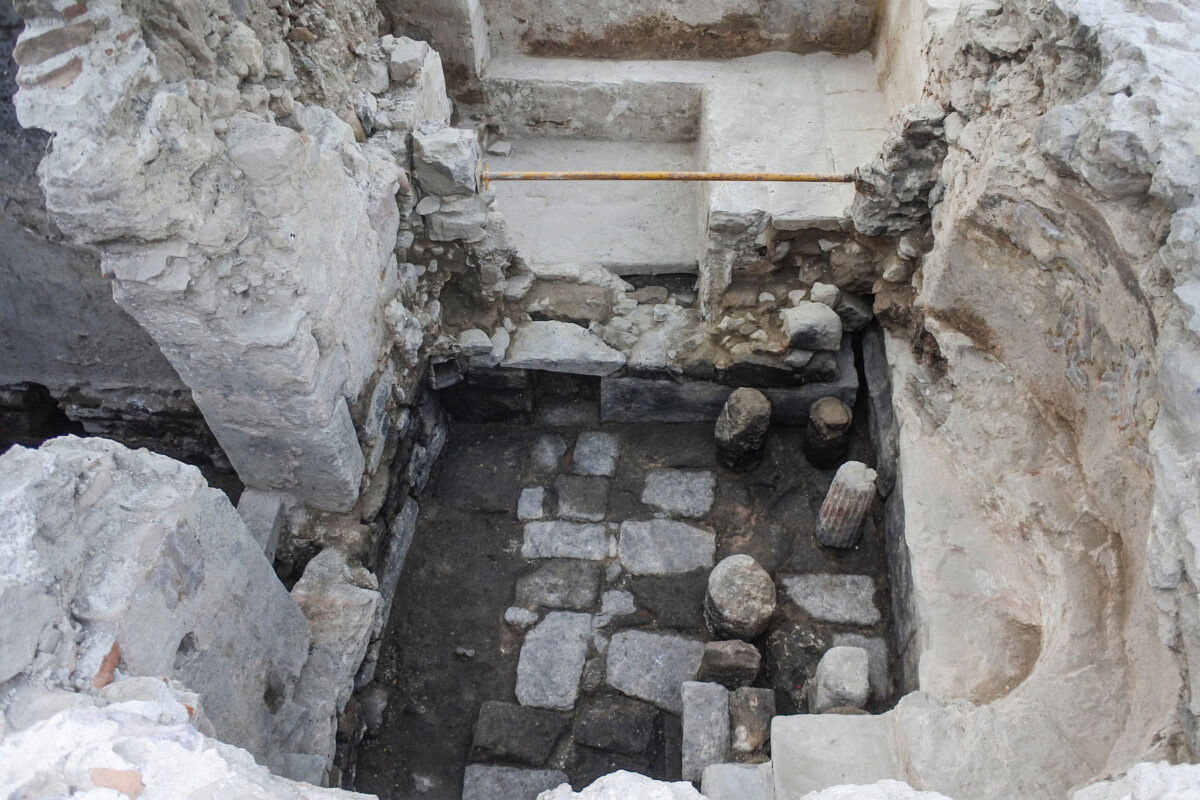 New archaeological data was discovered on the topography of the Medieval Castle of Mytilene, the town’s most emblematic monument, while carrying out the project on the “Enhancement and improvement of the visitability of the Kato Kastro of Mytilene”, funded by the European Co-financing of the 2014-2020 NSRF of the North Aegean Region.

A 16th century bath house was discovered in contact with the medieval wall, while upgrading the esplanade of the Ottoman fountain in the district of the Kato Kastro, where restoration works are underway on the sea front medieval fortifications, a bicycle route and pedestrian street are being created and the small Ottoman houses refashioned into cultural spaces. This is the earliest bath house found on Lesvos preserving the vaulted spaces of the hot, lukewarm and cold baths with their hypocausts.

To enhance and protect the monument, which will be visible to visitors, the area to its west has been investigated, where part of a strong wall was found, on which rests the western wall of the bath and a marble entrance gate, both dating back to the Early Byzantine era. The gate is 3.20 m.high, 2.05 m wide and 2 m deep. A total of 9 slabs of local gray-white marble were used for its construction and bound with mortar, while cavities in the lintel indicate the existence of a hinged wooden door whose posts are decorated with a band and undulating wave motif while the lintel has a convex cornice. There is a horizontal, embossed curved band motif on the threshold. Inside, part of a roughly constructed wall has been preserved supporting the floor of the main hot room of the bath complex. The  backfill removed for the unearthing of the gate contained mainly traces of burning and layers of ashes due to proximity to the bath’s hot area, and yielded largely Byzantine glazed and unglazed ceramics, as well as bronze coins (folleis) of the 6th and 7th centuries found near the threshold .

The recently discovered marble gate can be considered a special find both regarding the topography and the Castle’s military architecture of this period and the history of the town of Mytilene. Especially since today the only surviving Byzantine remains in the Castle of Mytilene are the eastern wall of the Akropyrgos, the little Byzantine gate in the northeastern walls and the entrance to the reservoir. This Early Byzantine gate may possibly be connected with the hitherto archaeologically unknown and unexcavated Byzantine settlement of Melanoudi, located by many researchers in the district of Mytilene’s Kato Kastro.