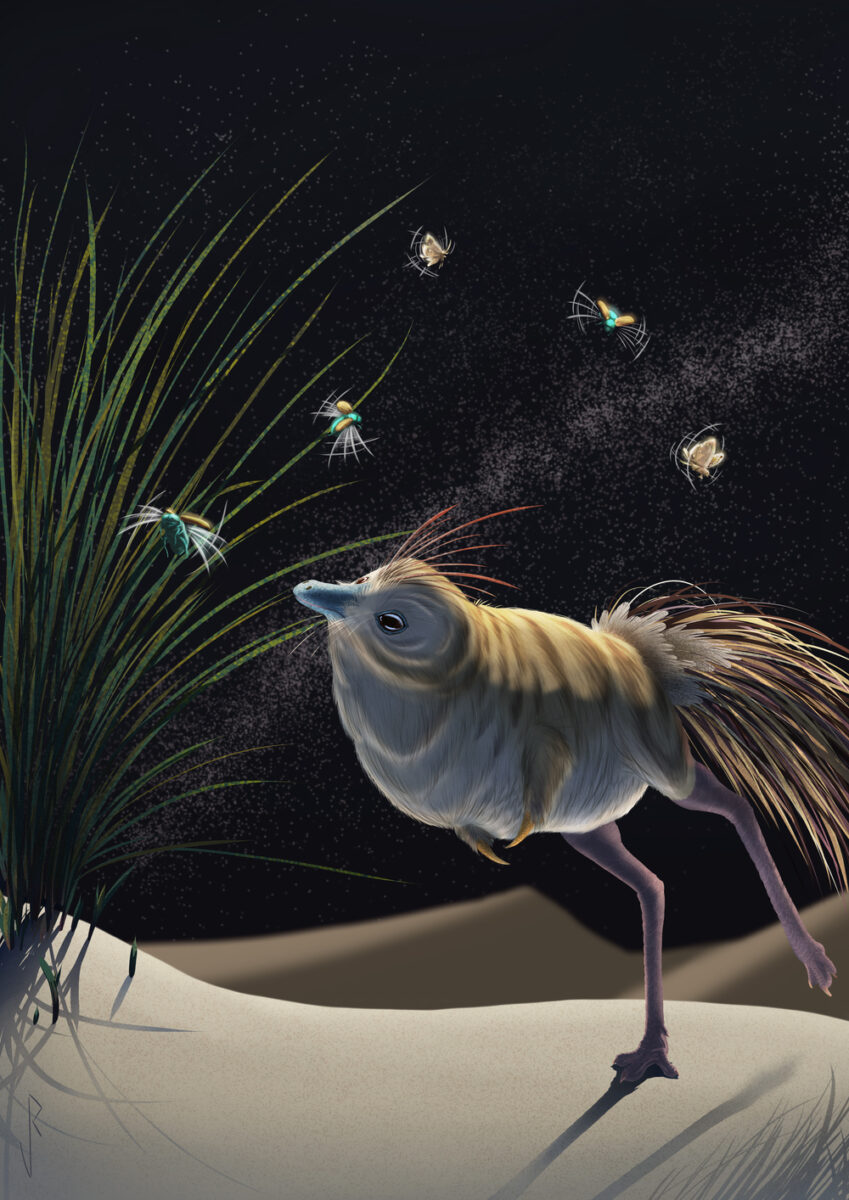 Dinosaurs that hunted in the dark

University of the Witwatersrand

Today’s 10,000 species of birds live in virtually every habitat on Earth, but only a handful have adaptations enabling them to hunt active prey in the dark of night. Scientists have long wondered whether theropod dinosaurs — the group that gave rise to modern birds — had similar sensory adaptations.

A new study led by University of the Witwatersrand scientist, Professor Jonah Choiniere, sought to investigate how vision and hearing abilities of dinosaurs and birds compared. The international team of researchers used CT scanning and detailed measurements to collect information on the relative size of the eyes and inner ears of nearly 100 living bird and extinct dinosaur species.

To measure hearing, the team measured the length of the lagena, the organ that processes incoming sound information (called the cochlea in mammals). The barn owl, which can hunt in complete darkness using hearing alone, has the proportionally longest lagena of any bird.

To assess vision, the team looked at the scleral ring, a series of bones surrounding the pupil, of each species. Like a camera lens, the larger the pupil can open, the more light can get in, enabling better vision at night. By measuring the diameter of the ring, the scientists could tell how much light the eye can gather.

The team found that many carnivorous theropods such as Tyrannosaurus and Dromaeosaurus had vision optimized for the daytime, and better-than-average hearing presumably to help them hunt. However, a diminutive theropod named Shuvuuia, part of a group known as alvarezsaurs, had both extraordinary hearing and night vision. The extremely large lagena of this species is almost identical in relative size to today’s barn owl, suggesting that Shuvuuia could have hunted in complete darkness.

The large lagena of Shuvuuia came as a surprise discovery to Dr. James Neenan, the joint first author of the study, and Choiniere’s former post-doc at Wits. “As I was digitally reconstructing the Shuvuuia skull, I couldn’t believe the lagena size… I called Prof. Choiniere to have a look. We both thought it might be a mistake, so I processed the other ear – only then did we realise what a cool discovery we had on our hands!” I couldn’t believe what I was seeing when I got there – dinosaur ears weren’t supposed to look like that!, “said Choiniere.

The eyes of Shuvuuia were also of note, as they had some of the proportionally largest pupils yet measured in birds or dinosaurs, suggesting that they could likely see very well at night.

Shuvuuia was a small dinosaur, about the size of a chicken, and it lived in the deserts of what is now Mongolia. Shuvuuia’s skeleton is among the most bizarre of all dinosaurs — it has a fragile, bird-like skull, brawny, weightlifter arms with a single claw on each hand, and long, roadrunner-like legs. This odd combination of features has baffled scientists since its discovery in the 1990s. With the new data on Shuvuuia’s senses, the scientific team hypothesizes that, like many desert animals, Shuvuuia would have foraged at night, using its hearing and vision to find prey like small mammals and insects, using its long legs to rapidly run that prey down, and using its strong forelimbs to pry the prey out of burrows or shrubby vegetation.

“Nocturnal activity, digging ability, and long hind limbs are all features of animals that live in deserts today,” said Choiniere, “but it’s surprising to see them all combined in a single dinosaur species that lived more than 65 million years ago.”