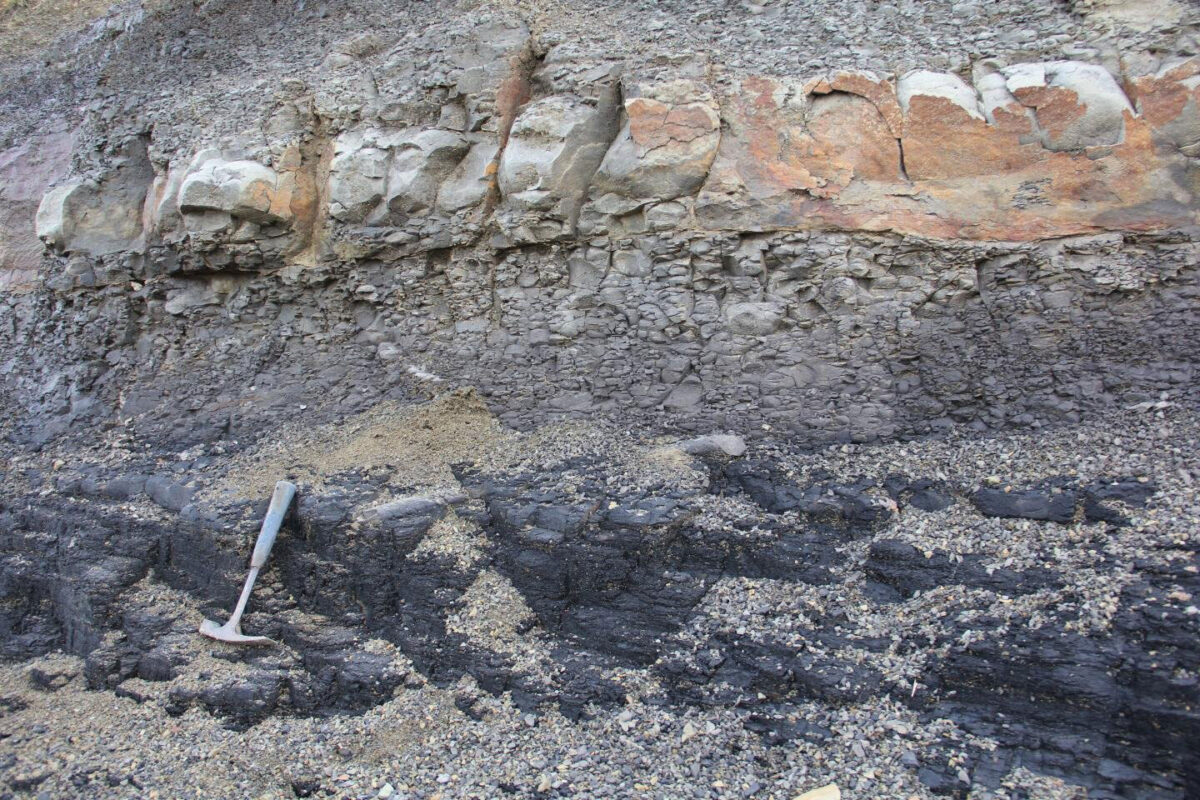 The Paleozoic era culminated 251.9 million years ago in the most severe mass extinction recorded in the geologic record. Known as the “great dying,” this event saw the loss of up to 96% of all marine species and around 70% of terrestrial species, including plants and insects.

The consensus view of scientists is that volcanic activity at the end of the Permian period, associated with the Siberian Traps Large Igneous Province, emitted massive quantities of greenhouse gases into the atmosphere over a short time interval. This caused a spike in global temperatures and a cascade of other deleterious environmental effects.

An international team of researchers from the United States, Sweden, and Australia studied sedimentary deposits in eastern Australia, which span the extinction event and provide a record of changing conditions along a coastal margin that was located in the high latitudes of the southern hemisphere. Here, the extinction event is evident as the abrupt disappearance of Glossopteris forest-mire ecosystems that had flourished in the region for millions of years. Data collected from eight sites in New South Wales and Queensland, Australia were combined with the results of climate models to assess the nature and pace of climate change before, during, and after the extinction event.

Results show that Glossopteris forest-mire ecosystems thrived through the final stages of the Permian period, a time when the climate in the region was gradually warming and becoming increasingly seasonal. The collapse of these lush environments was abrupt, coinciding with a rapid spike in temperatures recorded throughout the region. The post-extinction climate was 10–14°C warmer, and landscapes were no longer persistently wet, but results point to overall higher but more seasonal precipitation consistent with an intensification of a monsoonal climate regime in the high southern latitudes.

Because many areas of the globe experienced abrupt aridification in the wake of the “great dying,” results suggest that high-southern latitudes may have served as important refugia for moisture-loving terrestrial groups.

The rate of present-day global warming rivals that experienced during the “great dying,” but its signature varies regionally, with some areas of the planet experiencing rapid change while other areas remain relatively unaffected. The future effects of climate change on ecosystems will likely be severe. Thus, understanding global patterns of environmental change at the end of the Paleozoic can provide important insights as we navigate rapid climate change today.

The article was published in the Geological Society of America journal, Geology.